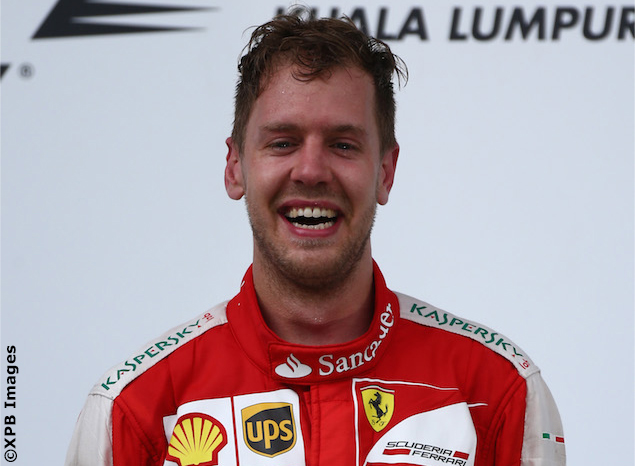 Many parallels have already been drawn between Sebastian Vettel and his racing idol Michael Schumacher, even more so when the quadruple world champion followed in his seven-time title-winning countryman’s footsteps by joining Ferrari last winter. It therefore came as little surprise to see an emotional Vettel climb on top of the Malaysian podium after claiming his first victory for the Scuderia. “I remember (when) I was (at Maranello) as a young kid watching Michael over the fence driving around with the Ferrari,” he said after champagne had been sprayed. “Now I am driving that very red car and it’s incredible.”