In a sense, Zeltweg 1971 was a seminal event. Not for the superb flag to flag victory achieved by Jo Siffert that day, but rather for the fact that the race marked the F1 debut of two young Austrian drivers who still figure prominently in today's Formula 1 paddock. 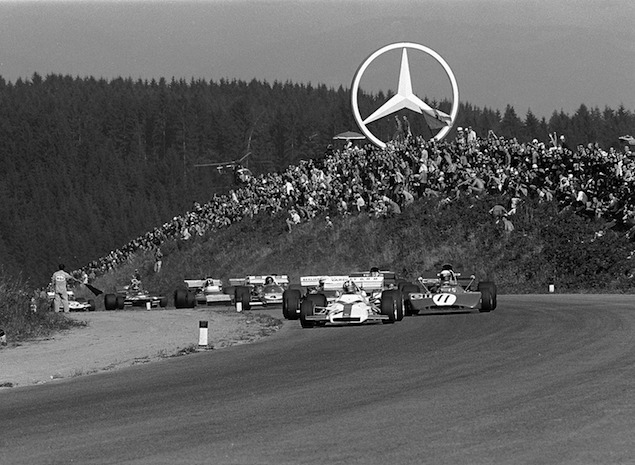 Austria first appeared on the Grand Prix calendar in August 1964 when a race was organised at a local airport just outside the city of Zeltweg in Southern Austria. The short and rather monotonous layout rewarded Lorenzo Bandini with his only F1 win. The event saw its second edition six years later  in 1970 when the venue was transferred nearby to the sweeping fast and undulating curves of the Osterreichring.

In 1971, the world championship seemed all but settled when Jackie Stewart arrived in Austria on the back of three successive wins for Tyrrell, and with more points than those of the next three drivers in the standings combined. There was some shuffling amongst the drivers' ranks, notably at BRM where Peter Gethin replaced Pedro Rodriguez, who had been killed in a sportscar race a few weeks earlier at the Norisring. In addition to Jo Siffert, Howden Ganley and Gethin, a fourth BRM was rented out to 28-year old Austrian driver Helmut Marko, winner of the Le Mans 24 Hour race earlier in the season and a qualified doctor of law. Finally, the March team also made room for a local debutant, renting a 711 to a 22-year old Formula 2 driver named Niki Lauda.

BRM's saddened moral in the aftermath of the tragic loss of the great Rodriguez was soothed somewhat when an impressive Jo Siffert secured his first pole position since the Mexican Grand Prix in 1968, the Swiss driver upsetting runner-up Jackie Stewart and his ever-improving team-mate François Cevert. Rookies Marko and Lauda lined up 17th and 21st respectively on the 22-car grid.

Like the day before, Sunday dawned dry and hot as 130.000 fans converged on the pastoral Osterreichring environment. When the flag dropped, Siffert took immediate control, leading from Stewart, Clay Regazzoni, Cevert and Jacky Ickx. The beautiful BRM P160 was particularly well suited to the Austrian toboggan, its powerful 12 cylinder engine providing exactly the right grunt and mightiness to complement Siffert's natural talent and fighting spirit.

As the race progressed, Seppi edged away, leaving the Tyrrell pair well behind. Stewart, who had waved Cevert through into second place, eventually ended in a sand trap as a result of a broken halfshaft on lap 36 out of 54. But it got even worse for Tyrrell when Cevert's own charge came to an end a few laps later when his engine failed. Up front it was cool sailing for Siffert until a slow puncture threatened to ruin the BRM's hegemonic dominance ten laps from the finish, but the Swiss kept his cool and skillfully nursed his car to the chequered flag, concluding a peerless drive. 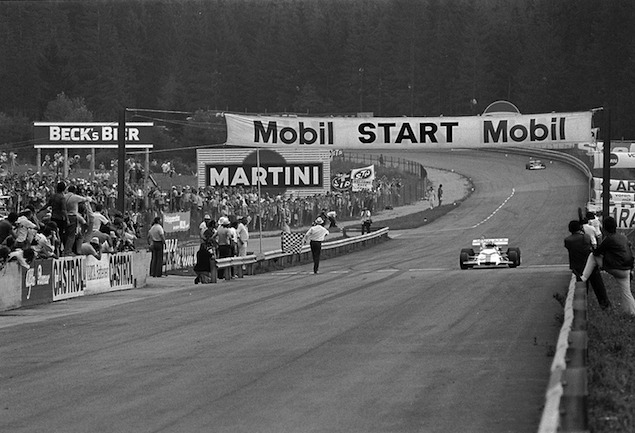 It was Siffert's second career-win in Formula One and one which went a long way towards helping BRM emerge from the dark. Unfortunately, the respite was short-lived for the British team. A few weeks after the official end of the 1971 season, Siffert was killed in the non-championship Victory Race at Brands Hatch, the scene of Seppi's maiden F1 triumph with Rob Walker's immaculate dark blue Lotus 49.

For most of his career Jo Siffert was regarded primarily as a sports car driver. He was seen as good in an Fl car, and outstanding in a Porsche, for whom he won a great many races as he spearheaded the Stuttgart firm's efforts with the mighty 917. Fearsomely quick and as brave as they come, Siffert was a colourful and friendly character from an era gone by.

As for Niki Lauda and Helmut Marko, both men's debut may have been inauspicious in Austria in 1971 but destiny would award resounding success in F1 to the former and a hand in the making of great champions to the latter. But that's an F1i campfire story for another time... 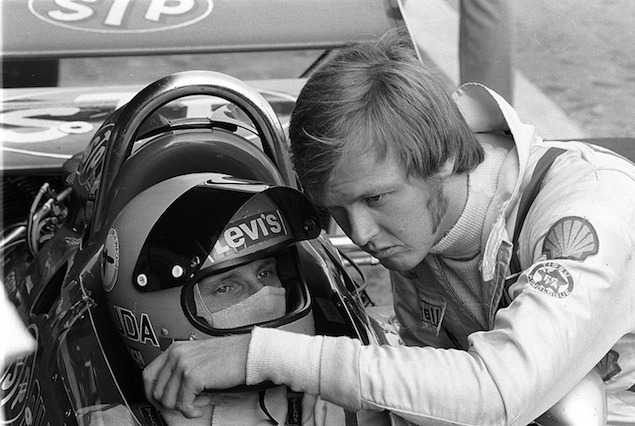 How the allure of Le Mans grabs F1 drivers

Not F1 vs WEC, but good racing should learn from bad