Thierry Boutsen's victory in Hungary in 1990 was his third and final Grand Prix triumph. It was an outstanding achievement by the unassuming Belgian, and one which rightly deserves to be recounted before this week's return to the Hungaroring. 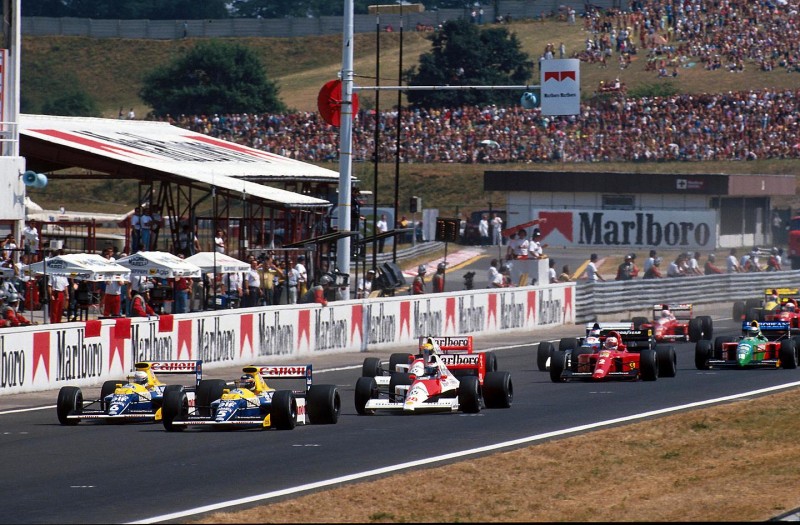 Because of its short, narrow and twisty bowl-shaped layout, the Hungaroring, located on the outskirts of Budapest, is often referred to as a 'Mickey Mouse circuit', where lack of overtaking opportunities have often produced processional snooze fests.

But for all the criticism directed towards the dull and unexciting venue, the race has remained on the calendar for almost thirty years. The very first Hungarian race took place in 1986 and holds a rather historic significance as it was the very first Grand Prix to ever take place behind the Iron Curtain.

Coming into the 1990 race, the battle for the championship had tightened over the summer between arch-rivals Senna and Prost. Williams on the other hand were nowhere in the hunt, in spite of Riccardo Patrese pulling off a surprise victory in the San Marino GP while Boutsen had scored a couple of podium finishes in the USA and in Great Britain. The team's Renault-powered FW13B contender was adequately balanced but crucially lacked outright speed, which had kept its drivers at a fair distance from front-runners McLaren and Ferrari. 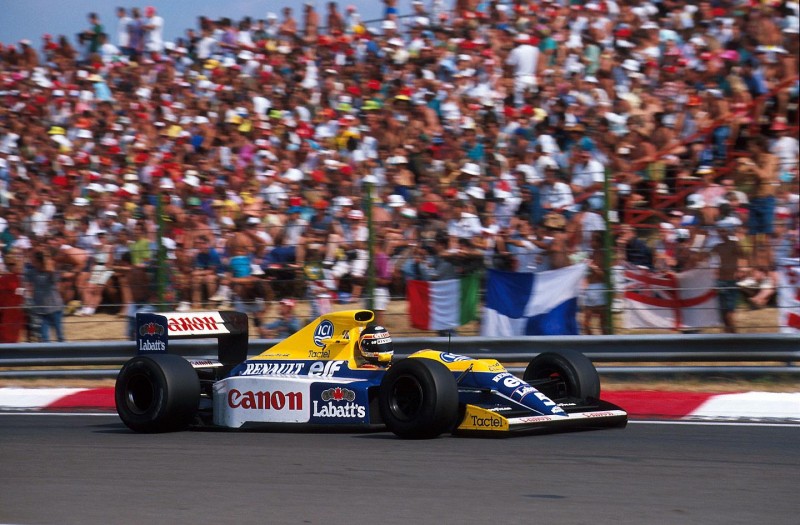 However, from the outset the Williams appeared well suited to the Hungaroring, perhaps because the circuit's winding nature put a cap on everyone's performance, and therefore overall good balance was precisely the required asset rather than sheer power or optimal aerodynamics.

In the closing minutes of quali, with Patrese heading the field, Boutsen popped up out of nowhere to secure pole position and the very best lap of his career, closing out the grid's amazing all-Williams front row.

While pole was obviously of more strategic importance in Hungary than anywhere else, Boutsen still knew that come Sunday afternoon he would need to lead into the first corner and then keep a wild pack behind him for 77 laps. The challenge would require absolute perfection and bravery on his part, but would also demand more than what the Williams was capable of delivering. To increase the odds of success, team and driver decided to stay out for the race's entire duration: there would be no pit stops for tires at all. A bold but seemingly impossible feat.

When the lights went green, in the drag race down to the first corner, Patrese appeared to have the upper hand but Boutsen just barely recouped the lead while Berger muscled his way past the second Williams. At the end of the first lap, the Belgian was exactly where he wanted to be, with Berger, Patrese and Mansell in hot pursuit. Senna found himself down in sixth while Prost's mediocre start had put him all the way down in tenth, behind the Benettons of Nannini and Piquet.

Boutsen's task was two-fold: he had to drive fast enough to keep his howling rivals at bay, but also just below the Williams' crucial tire-wear threshold.

Boutsen's task was two-fold: he had to drive fast enough to keep his howling rivals at bay, but also just below the Williams crucial tire-wear threshold. Fortunately, the FW13B's basic rubber erosion was good while Boutsen's outstanding natural smoothness was the perfect add-on. 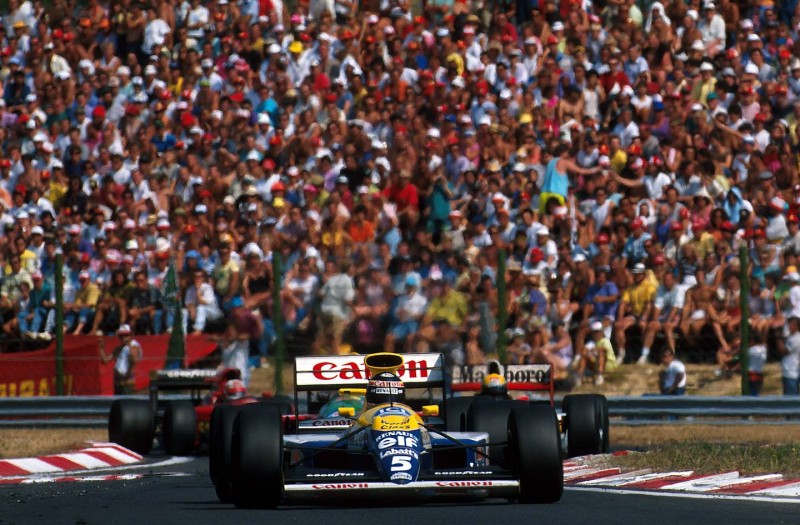 The field was relatively inert for the first 50 laps as the usual track-induced procession set in. Gradually however, frustration grew amongst the ranks as scraps ensued and positions were swapped as pitstops unfolded. Up front, Boutsen was holding his own, not putting a foot wrong and flawlessly caring for his tires. With a little more than 10 laps remaining, Senna, who had battled his way back into the top three, mounted an attack at the chicane on second-place man Nannini: a tad optimistic, the maneuver resulted in the Brazilian hitting the Benetton, launching it in the air and off the circuit. Amazingly, the McLaren emerged unscathed and still in contention for an outright win, if Senna could somehow get past Boutsen's very wide Williams in the closing laps. 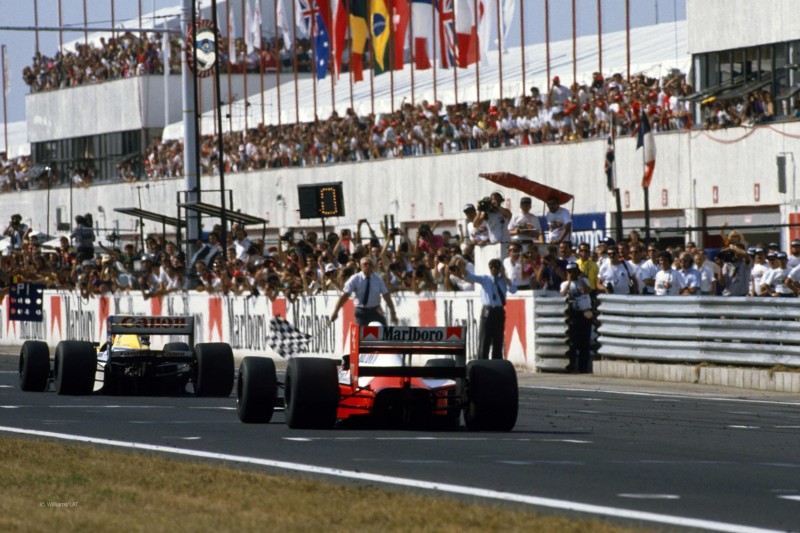 But it was never meant to be anyone else's race than the Belgian's. It was Thierry Boutsen's day as the pair rounded the final corner and powered their way down the straight, the Williams crossing the line just two-tenths in front of the McLaren.The checkered flag saluted a truly incredible performance, a perfectly executed victory built by Boutsen's overlooked impeccable talent and faultless race management. 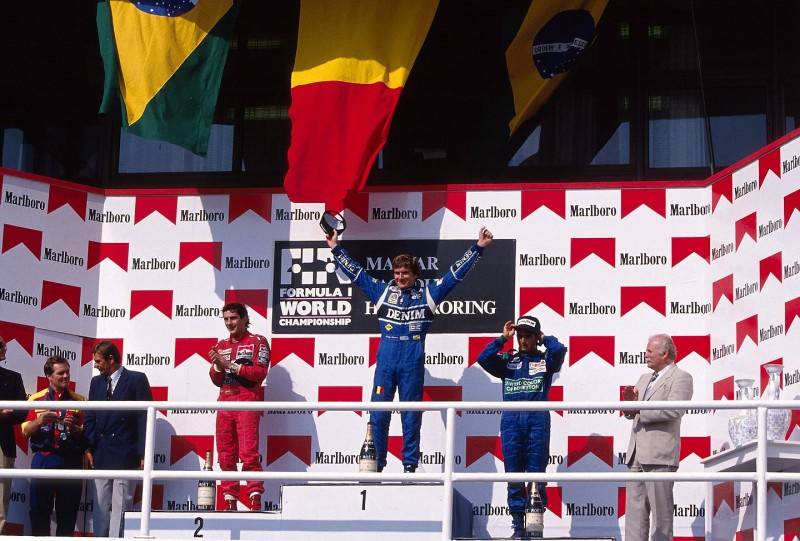 While a festive atmosphere should have prevailed back at the Williams motorhome, sadly, when Boutsen got there after the podium ceremony carrying his glittering Hungarian GP trophy, only race engineer David Brown and press officer Ann Bradshaw were on hand to extend their congratulations. Frank Williams and Patrick Head had already departed the Hungaroring track, which spoke clearly for the indifference they felt over their driver's achievement.

With Nigel Mansell already signed up for the following season, Williams had to decide on retaining either Patrese or Boutsen as his team mate. But unbeknownst to the latter, an agreement had already been struck with the Italian the evening before, on the eve of the Belgian's resounding victory, leaving him unwittingly as the odd man out for 1991.

Back in his flat in Monaco, on the Wednesday morning following his Hungarian triumph, Thierry Boutsen awoke to a succinct fax sent by Williams: "Congratulations! Frank." Unfortunately, the writing was on the wall...

The tragic destiny of the Bianchi name in motorsport