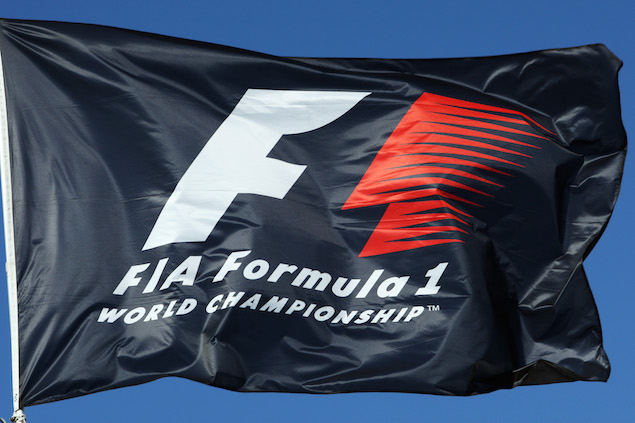 It all started when I was crashing with the folks last year after being fired by that creative agency over my idea for a TV show called Battlesheep. I mean who wouldn’t watch a show involving celebrities training ewes in little suits of armour to fight? No brainer, right.

Anyway, after that I was at a bit of a loose end, so I decided to crash with the folks for a little while. Eight months later father was encouraging me to seek a new challenge.

“Tristan,” he said. “Get off your bloody arse, get a job and get the hell out of my house,” he said. Such a card, my old man, he’s been joking like that as long as I can remember.

I thought about his suggestion for a few months and was still thinking about it when he told me he’d got me into F1 with a bunch called Rockbottom Racing, run by this Aussie, Craig Rockbottom.

Apparently this Rockbottom chap had made tons of money selling Australia to the Chinese and fancied himself as a bit of a racer. Father said Rockbottom owed him a favour as father had brokered a deal with the government for fracking rights to that bit of Cornwall that mysteriously fell into the sea last year.

Thus I was hired to do something called sponsor relations, which was ace, as when I arrived at the factory, the only guy in the office said “What bloody sponsors?!” before laughing bitterly.

“So, what’s it like here?” I asked trying my best to sound enthusiastic as I decided which of the empty desks would be mine before I searched for the biscuit tin.

“Haven’t you heard?” he said as he dragged a big box of computers towards the door. “Rockbottom’s scarpered. He’s being blamed for Cornwall being ruled uninhabitable due to, errr, all the geological instability. Team’s gone, mate. Kaput.”

Well, that was a bit of a let down, I can tell you. I had been quite looking forward to a nice chocolate digestive. However, I’m nothing if not determined, so I kept going to work every day in case things got a bit better and on the off chance that someone would buy some biscuits.

And would you believe it, things did get better. There I was, just settling in for my third week of manning the place on my own, when through the door strode this huge bloke with a head like a bullet and an overcoat that looked like he’d made it out of a battlesheep. It turned out this was the team’s brand new owner, Russian billionaire Vladimir Chernobyl.

“Who the f*** are you?” demanded my new boss, blowing smoke from one of the 80 cigarettes a day that had earned him the nickname Vlad the Inhaler directly at me.

“You are boss here?” he growled.

“Errr, yes,” I said, looking around the empty office, “I suppose I am.” 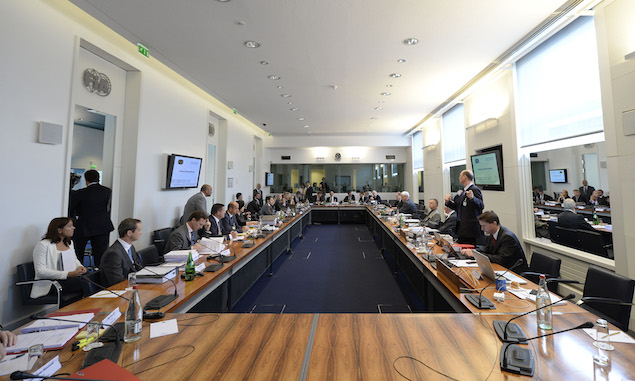 And so the following day there I was at Biggin Hill clutching a manila envelope with the words ‘2015 Proposal’ stamped in big red letters on the front, ready to address the F1 Strategy Group.

“You can go in now Mr Gelding,” said the receptionist. Crikey, this was it!

So in I went and there they were, the most important people in F1 discussing the first order of very important F1 business.

“Do you want this window open?” said one suspiciously.

“There’s no way I am going to let him have the window open without some kind of indication of the performance advantage it’s going to offer,” said a rival, narrowing his eyes.

“There is no ulterior motive for us in having the window open,” sighed the first, “but in the view of my board of management, which is answerable to our shareholders, the open-window policy has been mandated as the optimal environment for success within the paradigm currently in place. We therefore cannot see any other model than a window open one.”

“Well, that’s just typical isn’t it,” whined a third. “Can you not see how much money is being wasted through that open window? How can you expect smaller teams to operate in such a climate? It’s madness.”

I listened to this for another half an hour or so until a nice old chap with a funny haircut wandered over and put his arm around my shoulder. I guessed he was the one Chernobyl wanted me to see.

“Come on son, let’s have a little chat outside,” he said.

I handed him the envelope, which he opened very carefully with a very long stiletto, which, amazingly, he seemed to produce out of thin air. Out popped a napkin with a child’s drawing of a car on it and the words “VROOOM, VROOM!” and “2015” in big letters with a smiley face beside them. And with the napkin out fell what to me looked like a cheque with a number followed by quite a few zeroes. The old man tapped the drawing.

“Looks like a technological masterpiece to me,” he winked as he slid the envelope and its contents into a briefcase. “Leave it with me. I’ll convince that lot.”

And that’s exactly what happened! The very next day I read a story that the rescue plan for Rockbottom Racing had been approved and that it would be on the grid in six weeks’ time in Melbourne. Oh, it also happened to mention that the Strategy Group presentation had been made by the team’s new Team Principal, Tristan Gelding-Jones!

Naturally, I wanted to thanks Mr Chernobyl for the promotion.

“What the f**k you want?” he said when I interrupted him talking to someone on the phone about his laundering. “Just build car, find drivers and f**k off to testing.” 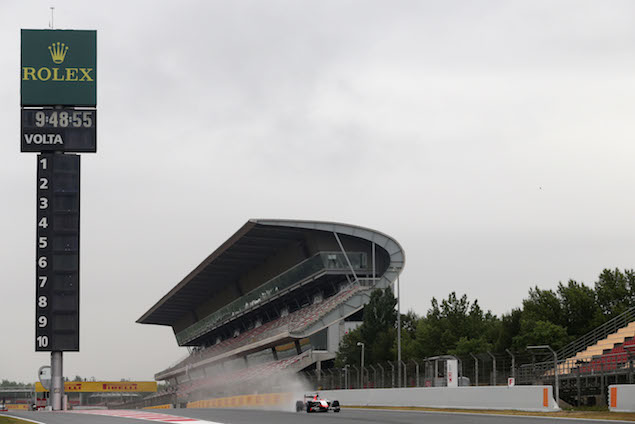 F1 testing: The tip of the iceberg