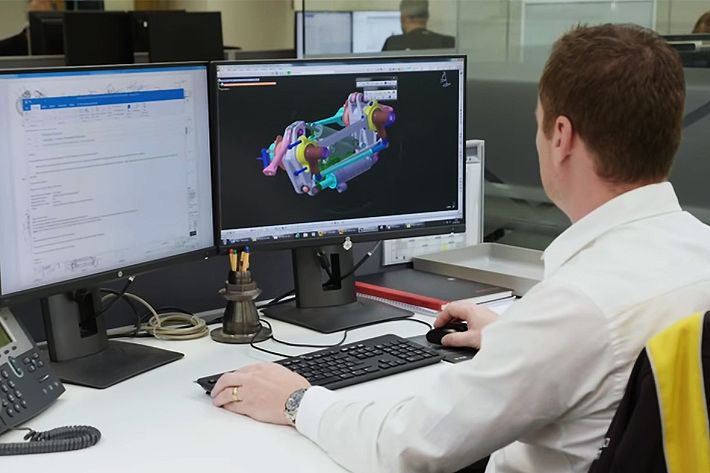 FROM A FORM TO GENUINE COMPONENT

Formula 1 works in a constant cycle and while one season starts, in Enstone, plans and designs are already in the pipeline for the following year in a bid to get ahead of the competition.

However, it’s a tricky balance to strike, as upgrading the current package is important to remain competitive, while preparing in parallel for the next season.

Some components may only take a couple of days of design work, while more complex parts, the gearbox casing for example, can take several months. Speed and accuracy is vital in Formula 1. 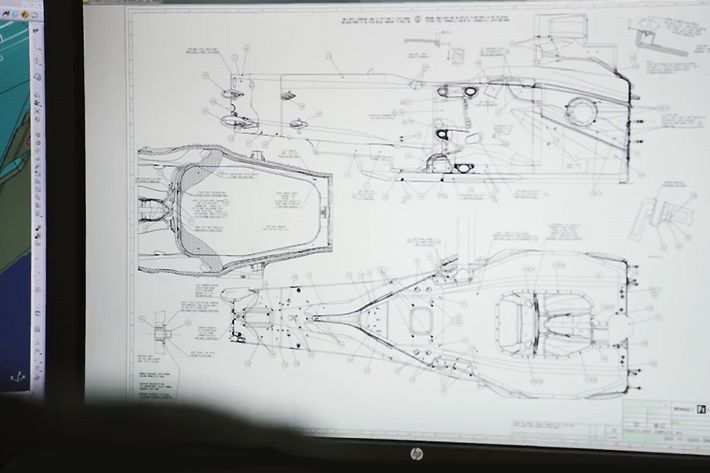 Technicians working in the busy composite department take their cue from the team's aerodynamicists. They are the recipients of their creations, designed after hours spent in the wind tunnel, which are transformed into ready-to-use components and composite assemblies.

“This box represents the regulation that the FIA give us, and within which the aerodynamics must stay,” explains Baerthel.

“Once they are happy with their surfaces and when the meet the FIA regulations, they pass them on to us, and we try to make parts out of them that are physically bolted on to the car.

«It is not always as simple as it sounds, especially when it comes to front wings and bargeboards which are ridiculously difficult to make. This year the front wings will be simplified but I guess the bargeboards will gain a few extra vanes.

“Sometimes we get a shape from the aerodynamicists, and we just look at it and say: ‘How can we deliver that shape?’ We don’t have endless amount of time, we need to get stuff done usually quite quick.

“You can always create a shape, the problem is to physically make a mould for pieces that can be so small and so complex. We have to split that part up in separate components, and mould them separately.

“Sometimes, these parts are so small that they need some support, in the form of metal stays (you can see them on the bargeboards for example).”

Tech F1i : Up close and personal with Renault at Enstone