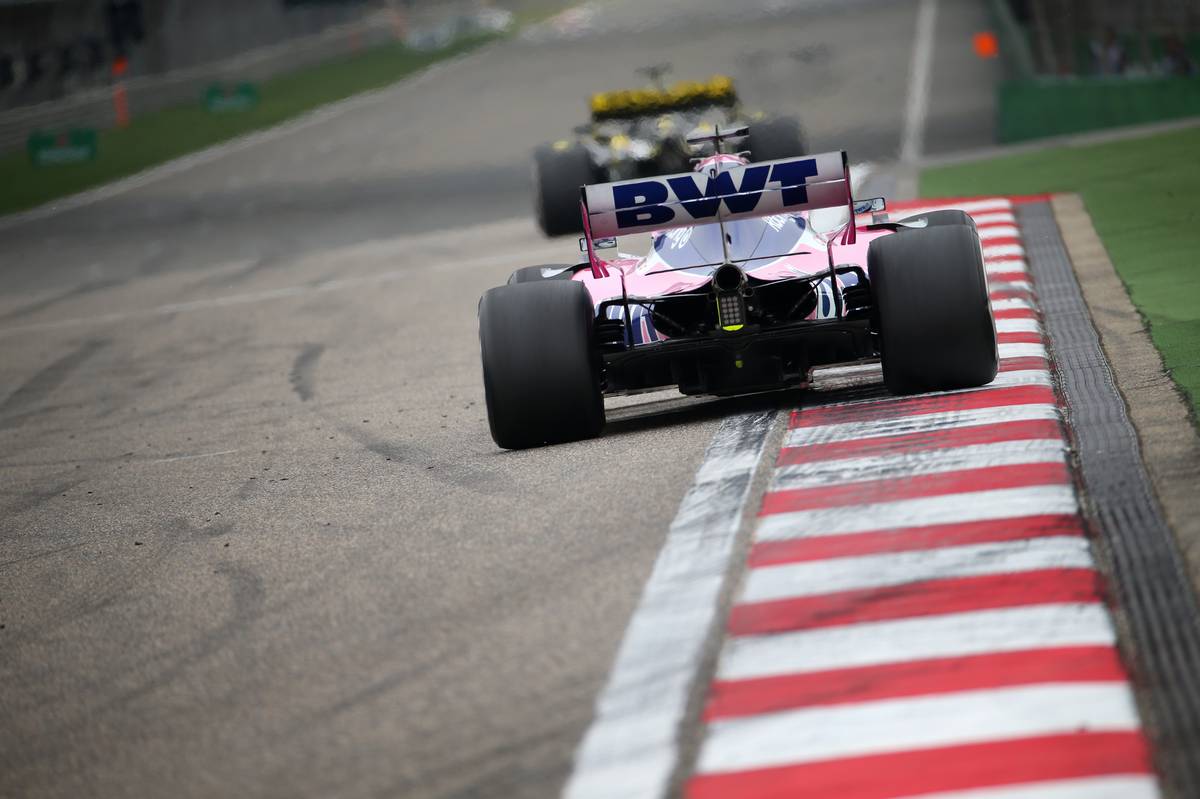 Sergio Perez
“I’m very happy to score four points today. The start was fantastic: I saw a gap, went for it and it paid off. Our race pace was good: we were able to maintain the pace and manage the tyres well. It wasn’t an easy race, though, because I was under pressure from Kimi for most of the second stint, which made it more difficult to look after the tyres and keep up the pace. It was the same with Daniel ahead of me – I think he was working hard to manage his tyres because every time I got close to him he found the pace to pull away again. This was never going to be our strongest track so it’s important to take opportunities such as today and keep scoring points. I think we have the potential to be stronger at the next race in Baku.”

Lance Stroll
“Today could have been better. We were in front of Albon before the first stop and then he undercut us by one lap and finished in the points, so it’s a bit of a shame. We could have been more proactive, because we didn’t have anyone immediately in front of us. I think it was Sergio or Raikkonen ahead at the time, about five seconds up the road, so we weren’t really fighting anyone in front and we had Albon three seconds behind. It was just a classic undercut. It’s disappointing, because once that happened we were in his dirty air and it was tough to overtake. We tried an extra stop at the end and got past Magnussen to finish P12, but it could have been more. Our race pace was not bad but we just need to look at the strategy, because I think we may have been able to pick up a point today.”

Andrew Green, technical director
“We leave China with four more points in the bag and today’s result means we’ve scored points in every race so far this season. Sergio drove a skilful race and managed the tyres well. He got himself in a good position on lap one and stayed out of trouble to bring the car home in P8. Lance was close to scoring points today, but just didn’t have the track position to make the one-stop strategy pay off. Losing out to Albon at the first pit stop proved costly and he spent most of the afternoon chasing the Toro Rosso, fighting for the final point. We switched Lance to a two-stop strategy late in the race – taking a gamble – and giving him the final few laps on the soft tyre. He managed to pass Magnussen on the final lap, but there were a lot of blue flags to deal with which made things tricky. He made a great start and drove well, but the strategy didn’t quite play out in his favour today.”