Formula 1 hits a massive milestone this week, with the Chinese Grand Prix in Shanghai becoming the 1,000th race in the history of the F1 World Championship. Ahead of next weekend's celebrations, we've put together a 21-picture salute - alas restrictive - to Grand Prix racing, to its thrills and spills and to everything in between.

It's been quite a journey. From Silverstone's first pastoral settings to the exotic infrastructure extravaganzas of Abu Dhabi, Singapore or Shanghai, from the sport's amateur spirit of the early days to the era of commercial sponsorship and ground-breaking technology, Formula 1 has evolved at an unabated pace in the last 69 years.

Intertwined along the way with its transformation and blossoming were Grand Prix racing's stories of glory and magnificence, marked by the brilliance of its heroes and the tragedies of its fallen champions.

When the checkered flag waved the triumph of Alfa Romeo's Giuseppe Farina at Silverstone on May 13 1950, no one could have scarcely imagined the astonishingly prosperous future that lay ahead for Formula 1. 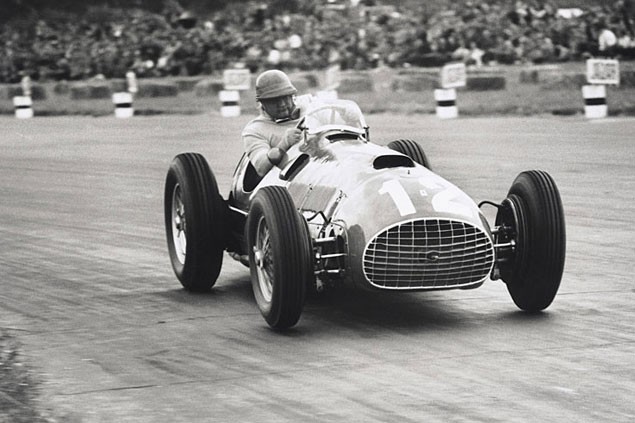 The very first race of the F1 world championship fittingly took place at Silverstone. That year the British Grand Prix was won by Italy's Giuseppe Farina for Alfa Romeo.

A year later, on July 14th 1951, the first milestone in Ferrari's great history was laid when Argentine driver Froilan Gonzalez gave the Scuderia its maiden win in F1. To this day, 234 have followed!