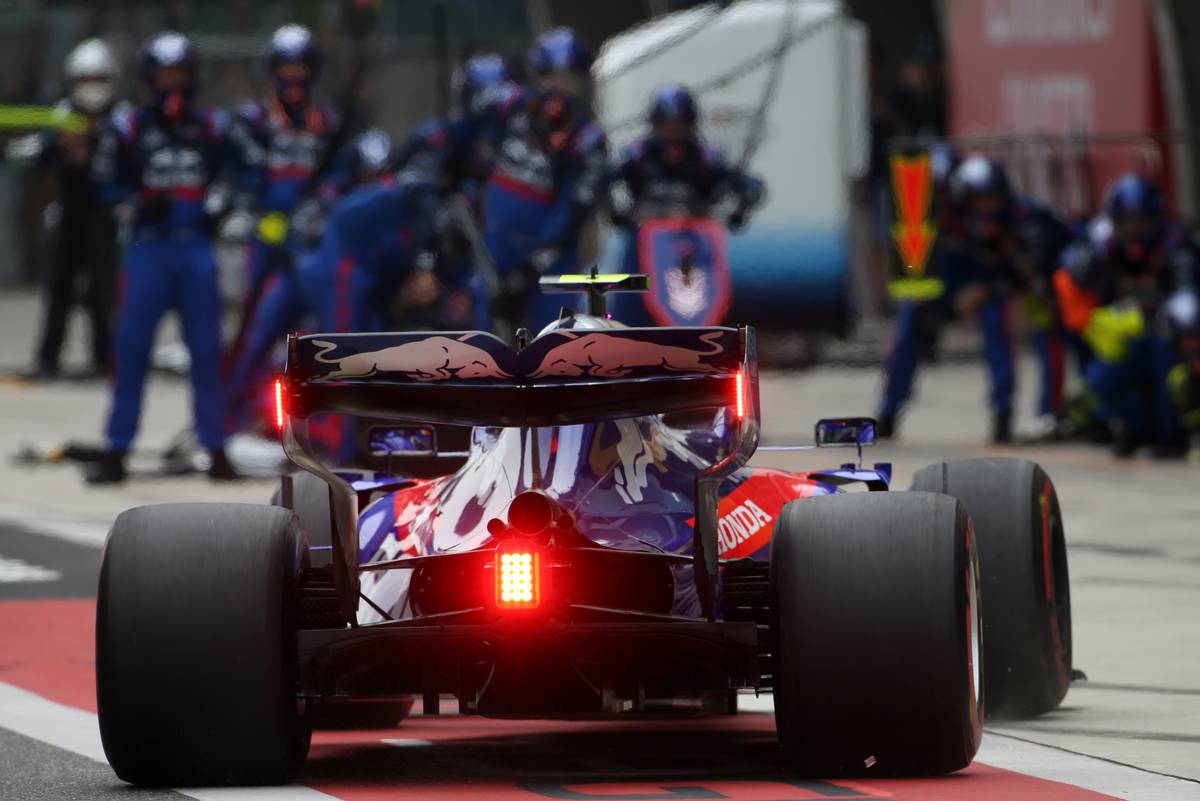 Alexander Albon
"Firstly, I would like to say a big thank you to the team for their hard work yesterday. It was looking a bit dark after FP3, but the guys worked very hard last night to change the chassis, so they deserved a good race and I was happy to bring home a point to reward their effort. We had the pace all weekend and I was confident we had a good shot at getting into Q3, although unfortunately we didn't get the chance due to the repairs. It was a difficult race because we initially had planned a two-stop strategy, but the degradation was higher than most people expected. Since we knew from FP2 we were good on our tyres, we decided to go for it and survive on the hard compound. I was a bit nervous at the end when Grosjean was almost catching me, but I'm really happy to have pulled that off!"

Daniil Kvyat
"It was an unfortunate race today because after lap one the race was pretty much over. The pace we showed with a damaged car was very strong, so it's disappointing not to be able to transform that into a good result as there was potential to finish inside the points today. I have seen the first lap incident with the two McLarens and I disagree with penalty. I think it was a typical lap one sandwich and these things can happen as we're so close together."

Jody Egginton, deputy technical director
"This event has certainly been a very busy one for the mechanics. However, to start from the pit lane with one car and to score a point with it is a fantastic reward for the hard work of these guys and the rest of the team. In terms of the race itself, Alex has put in a strong performance today, pushing when required to obtain track position and then managing his tyres well in order to defend 10th position. Dany's race was less smooth with contact on the opening lap resulting in damage and a drive through penalty. A nose change was required as a consequence of the incident, so taking points away was going to be a challenge, even if his pace was quite reasonable. Today we have seen again that the midfield is very competitive and we are looking forwards to Baku."

Franz Tost, team principal
"From the beginning of the weekend we had a very competitive package. We were strong in the midfield, so we went into Qualifying quite optimistic for a good result. Unfortunately, Alex had a crash at the end of FP3 which caused a decent amount of damage to the car. We changed the monocoque and built a completely new car which meant he missed Qualifying and had to start from the pit lane. He drove a fantastic race, overtook many drivers and finished inside the points in 10th position, which showed how good our package has been this weekend. Daniil's race was unfortunately not as successful, he had a crash on the first lap after being hit from behind which destabilised the car. At the same time, Norris returned to the track after going wide and hit Daniil's front left-hand side of the car. In my opinion, Daniil couldn't do anything different, nevertheless the Stewards decided to give him a drive through penalty. Later in the race when Daniil made his pit stop, we detected damage on the front nose probably caused by his lap one incident. We made another stop to change the front wing which put him a lap down, therefore we decided to retire the car to save engine mileage. This was disappointing because Daniil's lap times were very competitive and I'm convinced he could have scored points today."

Toyoharu Tanabe, Honda F1 Technical Director
"It is good to have three cars in the points again. Alex did incredibly well to come back from that very big accident on Saturday morning and go from pit lane to tenth at the flag and pick up another point. Well done also to the team who worked so hard to get the car ready for the race. It was a busy weekend on the PU side. Now we must analyse the problems we had with Daniil's PU. It was a shame his car was damaged in that incident on the opening lap, preventing him from having a strong race. We will keep pushing hard on the development front in order to close the gap to the front runners for further races."