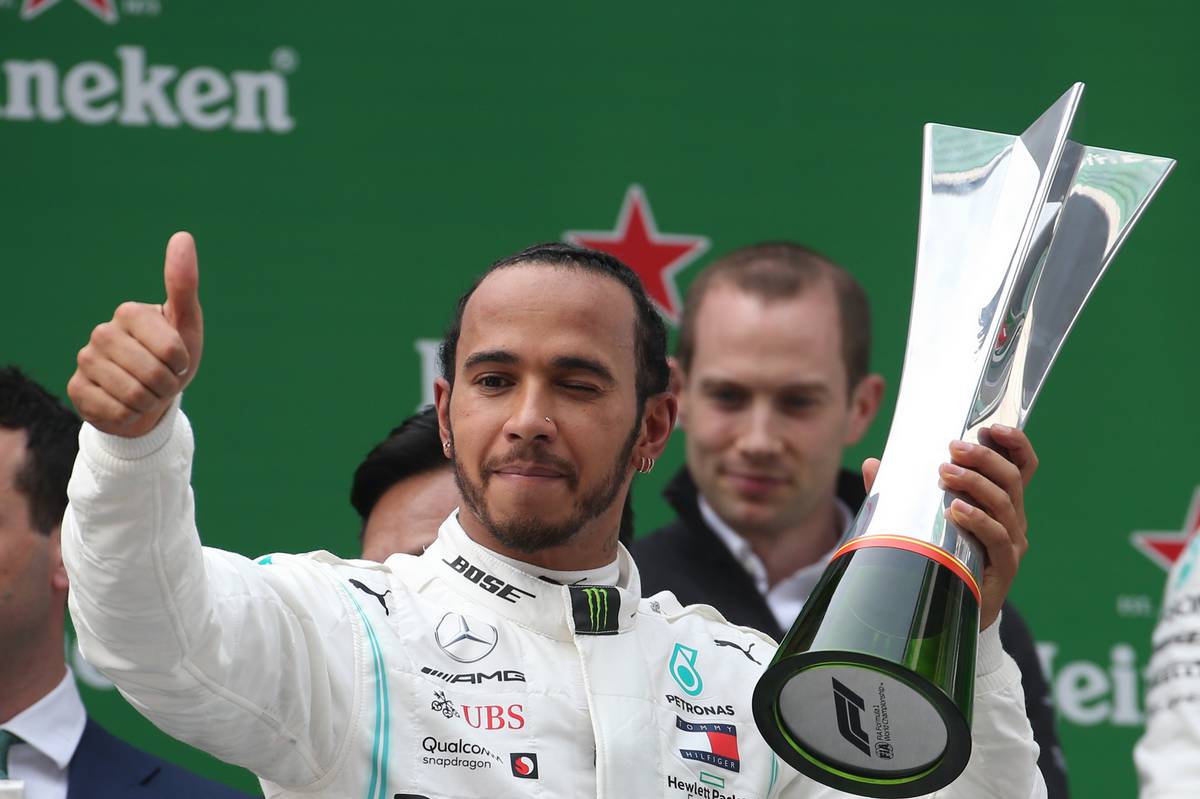 Valtteri Bottas
"For us as a team it's really been a perfect start to the season; we could not have imagined to get three 1-2s in a row, so a big thank you to everyone for their hard work. We managed to maximise on every single opportunity which is great to see. For me personally today has been a bit disappointing as I was on pole, but then lost the race at the start. There's a white line just outside the starting box and I had some wheelspin when I went over it and lost the position to Lewis. It's all about details in this sport, so unfortunately that detail decided the rest of the race. On the positive side, we did have a strong race pace here in Shanghai, much better than in Bahrain. I think that we're in a good position, but we need to keep pushing. This track is very unique in its layout and Baku will hold very different challenges so it's going to be interesting again in two weeks."

Lewis Hamilton
"It's not been the most straightforward of weekends, but what a fantastic result for the team, everyone's worked so hard for this. Coming here we didn't know exactly where we would stand with Ferrari, as they'd been so quick in Bahrain. Valtteri has been quick all weekend and did a great job today. To have a 1-2 together is really special for the 1,000th Grand Prix. The start was where I made the difference and after that it's history. The strategy has really been on point over these first three races so we need to keep that up. Team LH China have been incredible all weekend, a big thank you to them. They welcomed me from the moment I arrived at the airport, at the hotel every morning and night every single day, and then at the track too. A big thank you to everyone who's supported me. You can still see it's very close between us all. I really have no idea how the next races will turn out but I'm super excited for them."

Toto Wolff, head of Mercedes-Benz motorsport
"To win the 1,000th race in such a controlled way is amazing. It's a very special win and you can tell that everyone in the team is very happy with the outcome. Based on our long run simulations we didn't think it would be so straightforward and our advantage to Ferrari came as a bit of a surprise. They still look very quick on the straights; I'm not sure it's just the power, our car is maybe a bit draggier than theirs, but we have to keep working on our straight-line performance. Stacking the cars for a double pit stop was a risky moment because you have everything to lose when you're leading the race. But we thought we would lose positions if we had stopped one of the earlier. Our plan worked out perfectly; it was a well-choreographed pit stop and the team did a brilliant job. Lewis had the clutch paddle under control today and had a strong start and controlled the race from then on. Valtteri for sure won't be happy as he had pole and the speed to win today, but the start was the deciding factor. Baku is a different ball-game, there's a very long straight and we need to get the power and drag level there right. I think we'll be up for the fight and I'm looking forward to it."

Andrew Shovlin, chief race engineer
"Obviously a great result, it was luck and solid reliability that got us the 1-2 finish in Bahrain so our goal was to come here and win the race by being fastest. Both drivers did a great job. Valtteri was unlucky to lose the lead into the first corner having put together such a strong weekend. Lewis drove a commanding race from the front, managing the car and tyres well. We knew that the race would be tight between a two and a one stop and were hoping to be able to build a gap to the others so that we could shadow their strategy rather than get forced onto a defensive race plan. It's been very satisfying to see how well the team and the car have worked here. Everyone in Brackley and Brixworth is working very hard to help us optimise for each track and to bring developments to the car, so it's fantastic that all that hard work has been rewarded with such a strong start to the season."