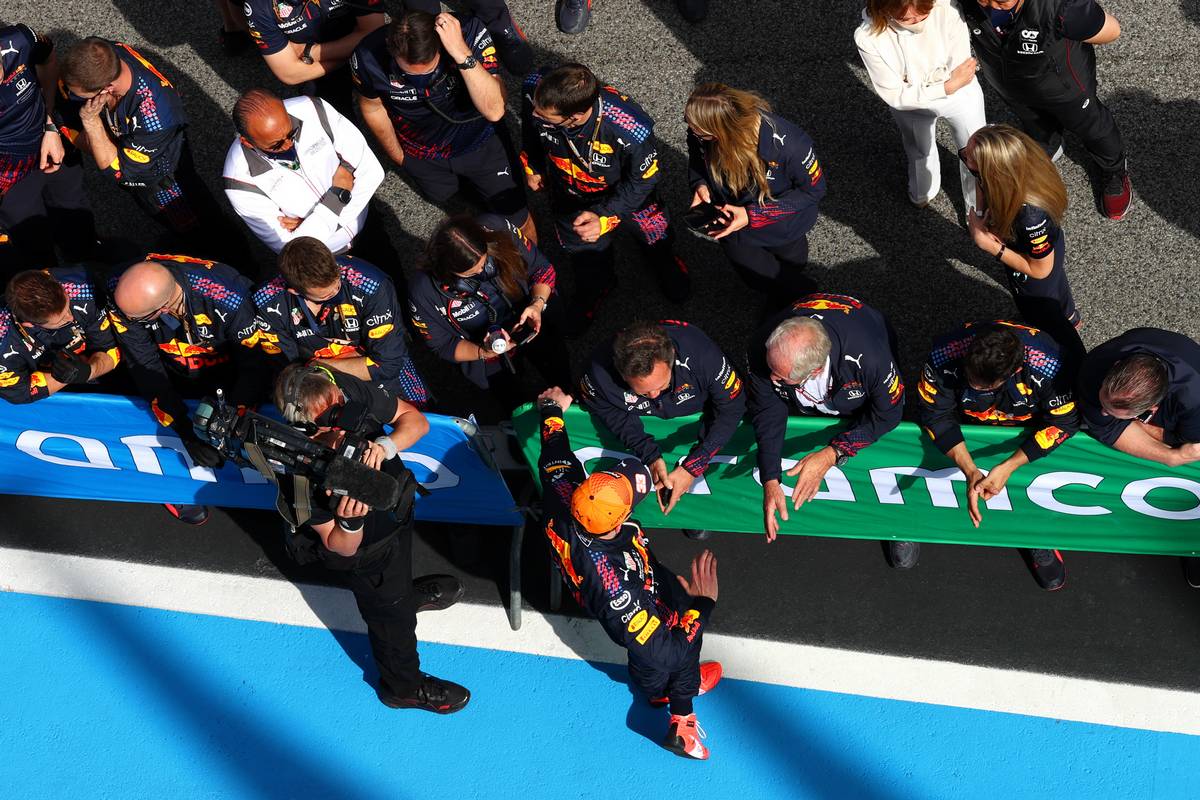 Sergio Perez
“This isn’t an easy track to overtake on which made for a tough race. We had a good first lap and made up some positions but it took me quite a long time to get past Daniel. The McLaren was extremely fast on the straights so it was really hard to try a move but we made it work around the outside of Turn 1. I knew what I had to do, I pushed on and managed to make it work but we didn’t have much tyre life left afterwards so it was tough. I’m getting more confident with the car now and every time I get to the end of a weekend, I think, ‘I wish the weekend was just starting now.’ Also every circuit is different so what I learn here will be different to what I need in Monaco but the main thing is that I am still adapting and hopefully soon we can be 100%. I am excited for Monaco, especially with this car as historically it’s been competitive and I think we have a chance of winning.”

Max Verstappen
“I tried everything I could today and took the lead at Turn 1 but from there we were just lacking a bit of pace to Mercedes. Of course we wanted to win but I cannot feel too disappointed as I did everything I could out there and maximized the opportunities. Even if we had looked at another strategy and done a two stop and pitted before them, we wouldn’t have made the time up as they were just faster than us. I know how fast I can go and where the limit of the car is and when they can do a free stop behind it is easy for them to do a different strategy. I pretty much knew that when he pitted for the second time that he would come back at me on the new tyres a bit like Hungary 2019 and although I did everything I could I was a bit of a sitting duck. The pace difference on the tyres made it an easy pass for Lewis and then I was able to at least keep second place and take Fastest Lap. It was just a day where we lacked a bit of pace and second was the best result possible so now we need to look at why they seem to have jumped ahead a bit in terms of race pace.”

Christian Horner, team principal
“It was a great start by Max and he was fully committed into Turn 1 and grabbed the opportunity to take the lead – it was full Max Verstappen spec. He positioned the car fantastically well, hit the brakes later and ran the car wide to take the race lead. Unfortunately we had a slow pit stop after a miscommunication meant Max pitted a lap earlier than we expected but fortunately quick thinking and fast reactions from the pit wall and the pit crew meant we lost minimal time and recovered incredibly well. We couldn’t have done anything differently today, Lewis and Mercedes were quicker than us and able to follow Max so closely without hurting their tyres. We were able to hold track position but when the field opens up to the degree it did behind, Lewis gains a free pit stop which leaves you in the horrible position as race leader trying to brave it out to the end instead of sacrificing track position. Once Lewis caught up and got past, all we could do with Max was go for the Fastest Lap which he achieved. Checo did a good job to recover to fifth after qualifying eighth yesterday, making a bold move on Daniel around the outside of Turn 1, and banking solid points for the Team. It’s full focus on Monaco now and continuing work back at the factory to find more performance and catch up to Mercedes.”