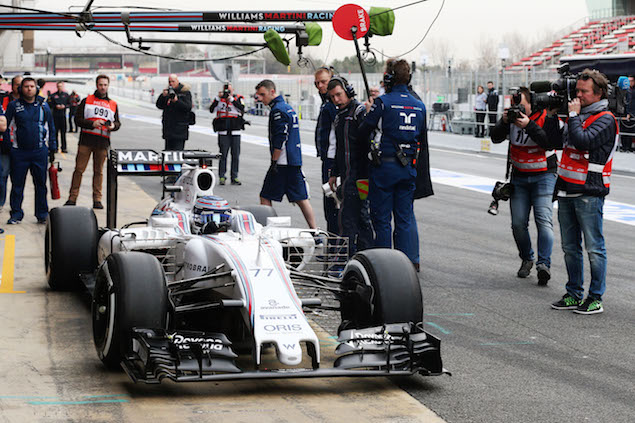 Valtteri Bottas (4th, 1:26.091, 80 laps)
"It’s always very nice to be back in the car and it’s nice to feel that we have made improvements, but it is way too early to say anything more than that. We were focussing on different kinds of tests today with the chassis, and some aerodynamic tests so mainly longer runs. We had a few problems but that’s testing, and hopefully we will have a clean run tomorrow. First impressions of the new car are good and I think we have fixed many issues from last year. However, like I said before, it’s just too early to say where we are against the others."

Rod Nelson, chief test & support engineer
"We had a slightly mixed day. We had a few niggling little issues that kept us in the garage for longer than we wanted to be there, but we’re still learning about the car so that’s not unexpected and we were able to work through them to continue our programme. Valtteri has been complimentary about aspects of the FW38 which is good start. We are just building up our run lengths and doing our due diligence on reliability, and as the test goes on we’ll feed in more and more performance items. Overall it is a reasonable start to pre-season testing for us."