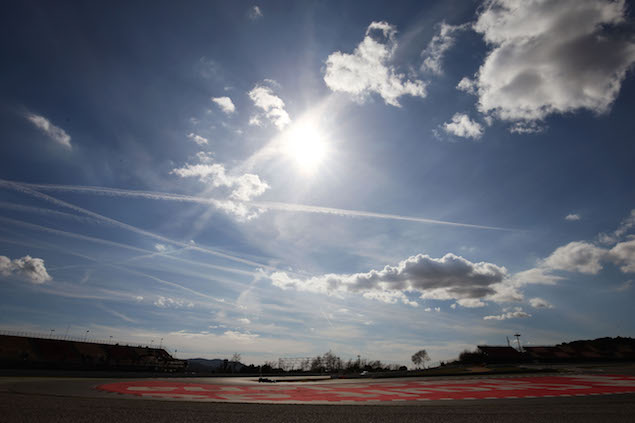 Carlos Sainz (2nd place, 1:23.134, 133 laps)
“I’m very happy and excited! Today was another good day, and the first thing I need to do is congratulate the whole team for the great test we’ve all done. I just cannot wait to get to Melbourne, I think we’ve built up a lot of confidence and it’s all looking good. This morning we tried the softer compounds and it all worked as expected. This afternoon the conditions were tricky, as the wind picked-up massively, but we were still able to complete our program doing long-runs which went to plan. It was a good way to end what has been a fantastic four days of testing after a tough winter. To be here and complete so many laps each day is just amazing. Next time I get into the car it will be in Australia and I just can’t wait!”

Franz Tost, Team Principal
“When we arrived here in Barcelona for the first test, I was quite concerned about whether we prepared the complete package in the best possible way. Today I can say that the new car, which was designed and built in only a few months, worked much better than expected, especially from a reliability point of view. I was convinced that the performance would match our expectations as the STR11 is following on from the successful STR10. I’m now optimistic about the season ahead. I would like to thank the whole team, as they’ve done a fantastic job. During these two weeks we’ve completed a total of 1049 laps and 4882 kms, which is the highest mileage Scuderia Toro Rosso has ever done in eight days of testing – we’ve never been at such a high level. Both Carlos and Max did a great job. They didn’t spin once and what I especially liked was their really good technical feedback regarding both the car and the tyres. I’m sure that after all this mileage we achieved, we managed to cover most of the topics that were unknown to us before arriving here, especially regarding the new tyres. The team, the drivers and the car is now well prepared for Melbourne and we are looking forward to an exciting season!”

James Key, Technical Director
“It’s been a positive final day after two intense and long weeks of testing. Carlos carried out a similar programme to the one covered by Max yesterday, running through the various tyre compounds this morning and long runs this afternoon, although we needed to stop half way through to undertake some systems checks. Carlos has covered all that was required of him today and we have made further progress on tyre understanding and car set-up. I think both drivers have done incredibly well with just four days each to run in the new car and prepare for the new season, they have covered a lot of work and laps in the process. They are both approaching their second season now and the difference that has made at this time of year is significant – we have been able to concentrate solely on understanding the car and both of them have given concise and accurate feedback.

“As little as a few weeks ago it was not certain we would make testing in any meaningful way after our last minute change of Power Unit supply. We had our first technical meeting with Ferrari at the start of December, just a few months ago. The entire team has worked not only extremely hard but also with great commitment and belief to get us back on track with the minimum of compromises to the STR11 car design and in time for two full weeks of testing. On top of all that we have been able to run reliably from the outset and all the systems surrounding the Power Unit installation and the rest of the car, much of which is substantially different to its predecessor, have worked as (hastily) predicted. Now we move on and look forward to Melbourne and the start of the 2016 season.”