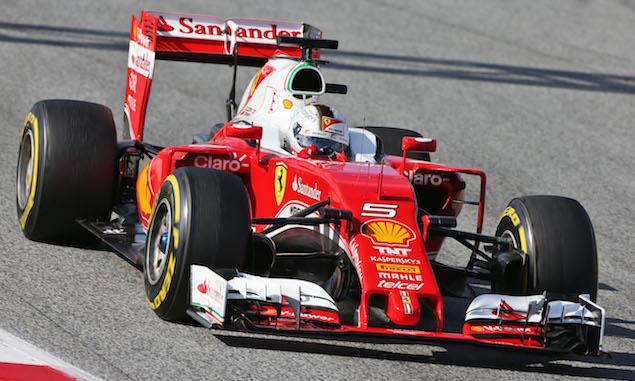 Sebastian Vettel (1st, 1:22.852, 142 laps)
“I am happy and I think that even with Kimi we have been successful so far. We were able to do quite a lot of laps, going through our program well, so I think it was a good test. We have to see if this car can be a winner, but I think that the first impression was good and everything we have built is positive. So, overall, I am happy with the feeling in the car. And we are happy with the step we have made. In terms of reliability, though, Mercedes seems to be very strong, irrespective of the issue they had today. I think “Halo” is ok, even if I believe that this system can be improved in terms of both aesthetic and visibility and I think we will see an evolution of it very soon. In principle, I think it doesn’t look very nice but if it can help saving lives, and if thanks to it at least the two drivers who died recently could still be here with us, then I think it can be the ugliest system, but nothing could justify not having it fitted. We try to close the gap to the cars in front, which has been quite big last year. I think we did a good job during the last season and now I think that the new car can close the gap even more, but we have to be patient a little bit longer, for a couple of weeks at least. In terms of show and sporting rules, I think that Formula1 is doing fine, I also think that it is important that the sport remains a sport so that the fastest driver comes up on top. This has been the DNA of Formula1 since ever.”