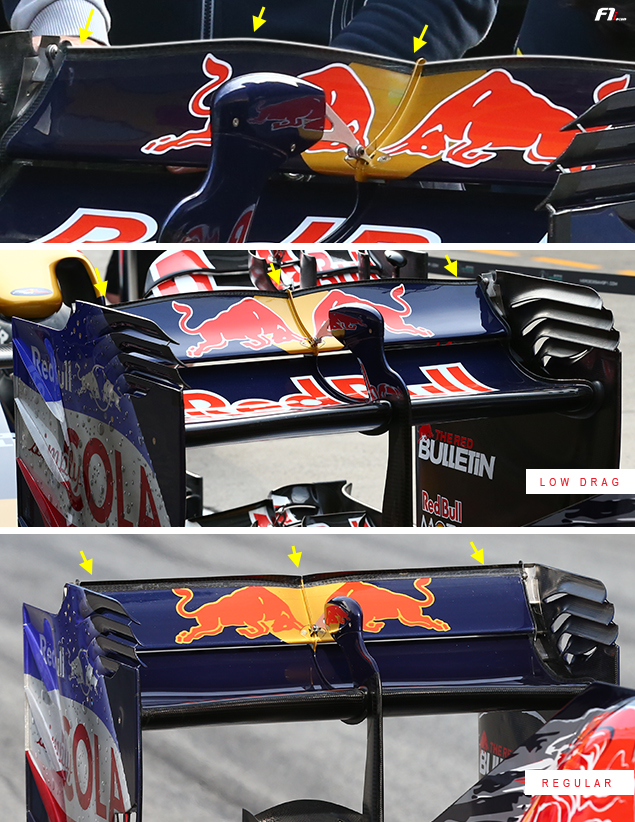 At the front end of the car, F1 aerodynamicists look to generate several vortices, including the Y250 one, to better control the airflow. At the rear, however, they want to mitigate the vortices created in the area where the wing’s main board and endplates meet since these increase drag.

To achieve this, they strive to lower the pressure difference on both sides of the endplates by piercing horizontal notches in their upper sections. The slits are usually cut within the endplate, but on the Toro Rosso STR11 they extend outward and all the way to its edge. This increases the airflow passing through the endplate and helps level the pressure.

For the Chinese Grand Prix, Faenza engineers had trimmed down the top edge of the rear wing’s upper flaps, which gave the installation a curved outline (see yellow arrows). Why? To further reduce the unwanted vortices, as drag is a real hindrance along Shanghai International Circuit’s immense back straight. That said, this rear wing spec was only run and assessed during free practice, but not raced.

Toro Rosso also fitted its STR11 with an engine cover that featured asymmetrical outlets, as it had already done on several occasions last year. 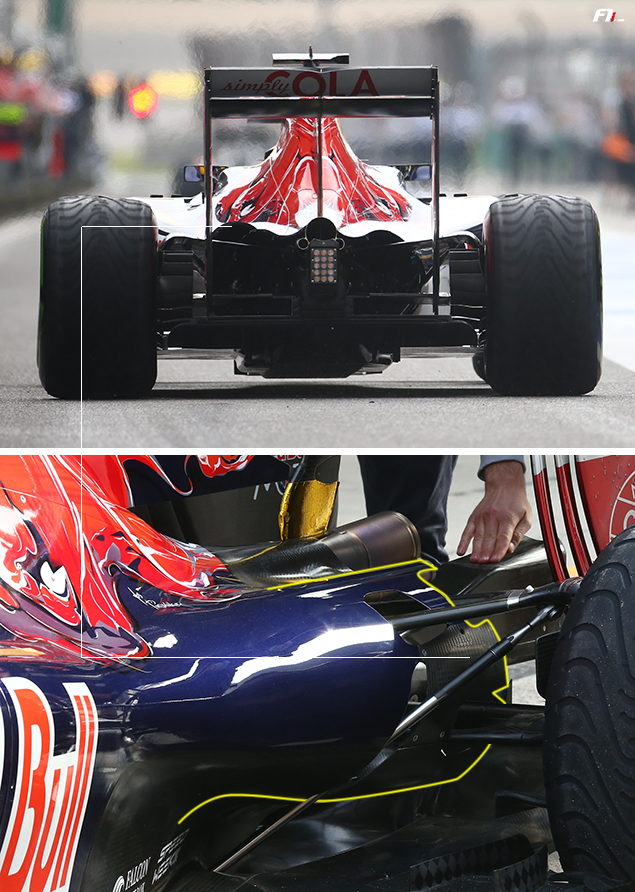