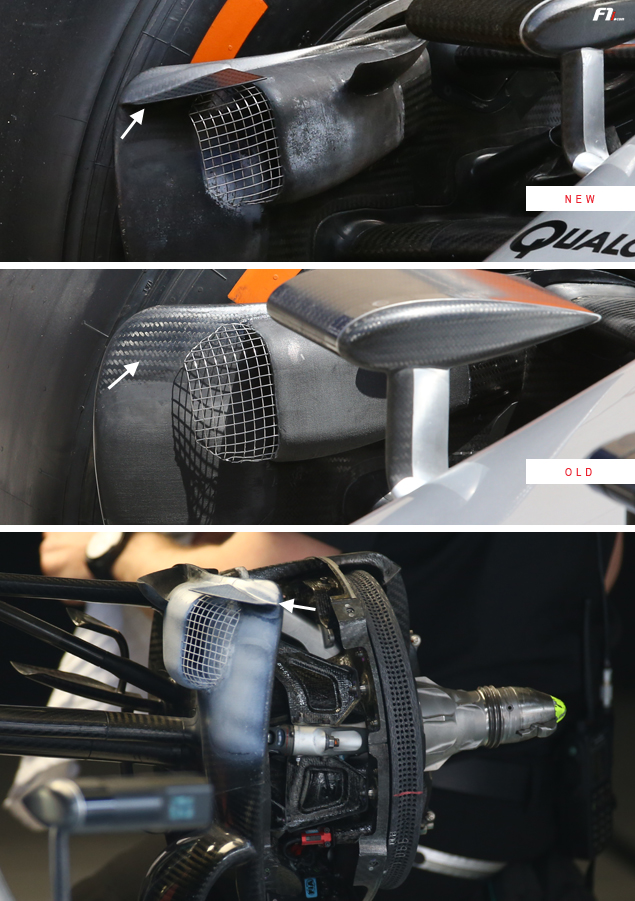 MERCEDES PULLING OUT ALL THE STOPS TO PROTECT ITS BRAKES

Mercedes has added a triangular fin on the outer face of the W07’s front brake ducts. Located right above the air inlet used to cool down the disks, this element helps better direct the airflow sent by the front wing.

One can also spot a thin white layer around the duct. Since 2014, before any of their cars go out on track, Mercedes mechanics had been spraying Teflon on the outer board and arches of the front wing. After this year’s Australian Grand Prix, they started proceeding likewise with the fences on the front brake ducts.

The idea is to prevent a piece of debris or tyre rubber from getting stuck in the area. Nico Rosberg experienced such mishap in Melbourne and nearly had to retire following a critical surge in brake calliper temperature. Mercedes is the only team to apply this kind of preventive treatment.

Despite fresher temperatures in China, one can also notice that bigger cooling outlets had been pierced in the engine cover of the W07, where the wishbone springs out. 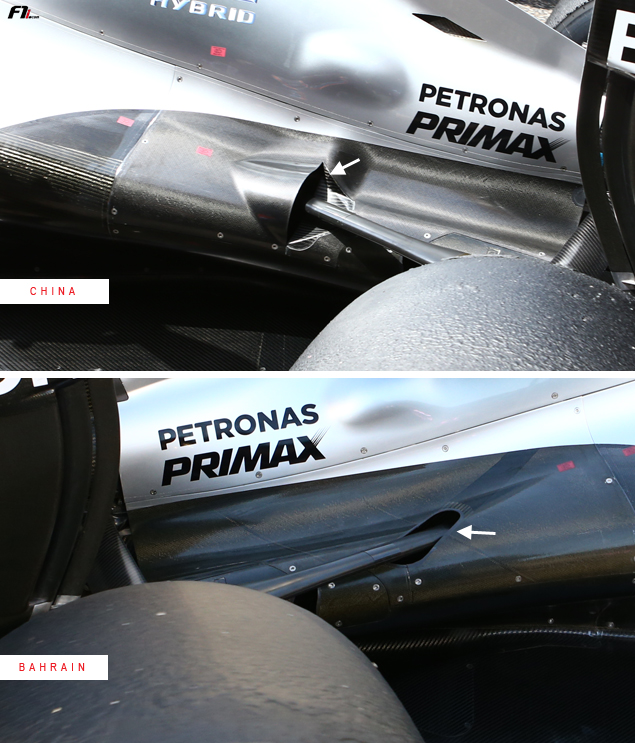