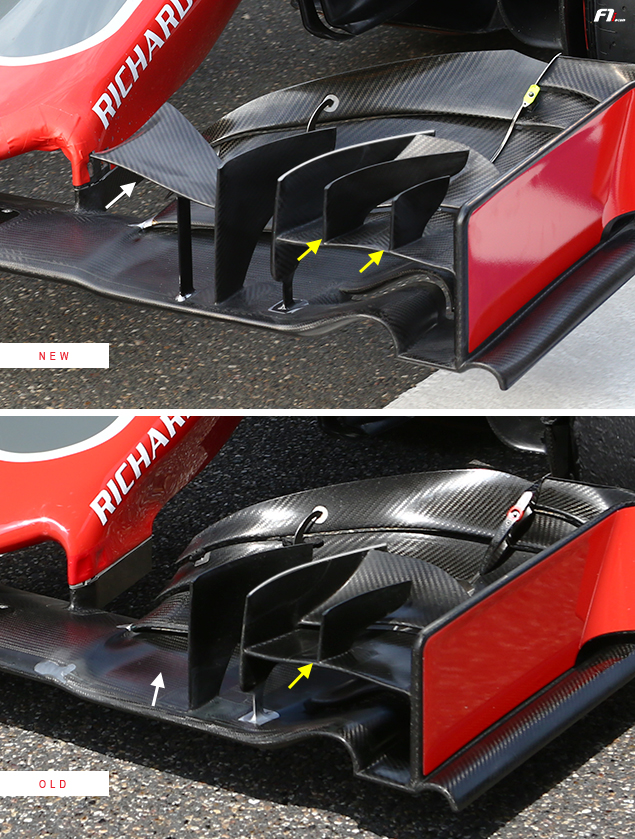 CASCADE OF TWEAKS AT RENAULT AND HAAS

Two teams have modified the ‘r’ cascade of winglets on the outer section of their front wing assembly. Basically, a front wing comprises the following elements:

– the main board – with the neutral section in its middle,

– the flaps – the more fragmented these are, the more attached the airflow remains,

– the endplates, which seals the edges of the wing,

– the cascade elements, located above the main board. Their purpose is more to control the airflow around the front wheels than to generate downforce.

On the Haas front wing (above), the main cascade has received an extra vertical vane (compare yellow arrows). More surprisingly, a new winglet has been added to the ‘r’ cascade (see white arrows). Given its position, this horizontal vane interacts with the front wing flaps generating the all-important Y250 vortex.

On the Renault layout (below), the ‘r’ cascade has been entirely removed, and replaced with a two-element winglet attached to the main cascade. 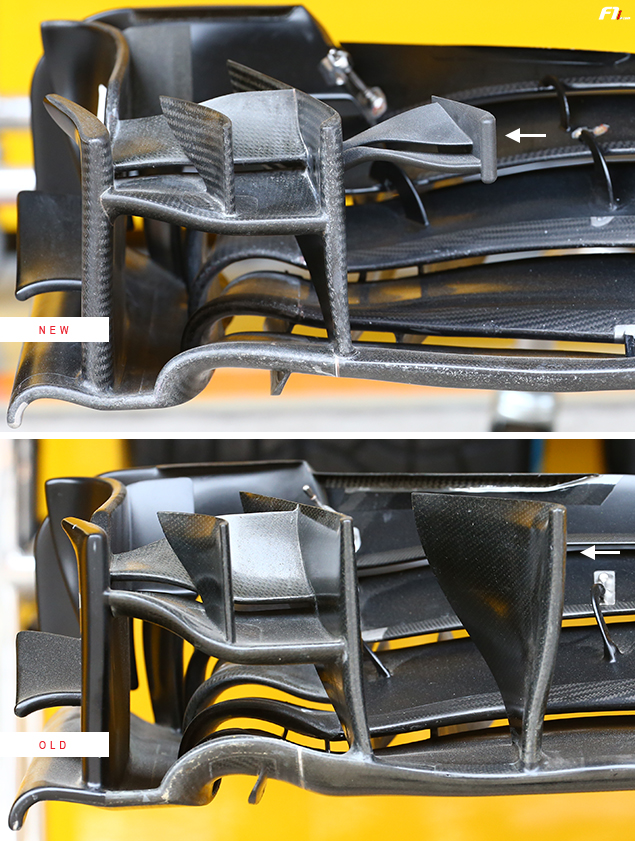