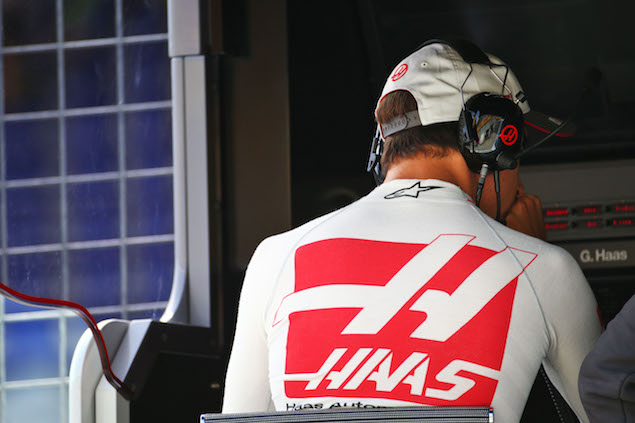 Romain Grosjean
“FP2 was a tricky session with the weather. The morning was not too bad. I was pretty happy with the car. This afternoon we focused more on the long run on high fuel. The car doesn’t feel too bad. It’s all about understanding the tires and avoiding the graining, and then getting them in the proper working range. We’re getting better and better with that.”

Esteban Gutierrez
“It was a very tricky day for us. It was not easy to have consistency, especially with the first practice. I managed to do some laps, but then we had a problem, which interrupted the whole session. It was the same in the second practice. We had only done a few laps and it started to rain, then at the end of the session I got held up by another issue. So, overall it was not a great day today, but we will try to do our best to recover for tomorrow. I’m looking forward to getting back out there and qualifying.”

Guenther Steiner, team principal
“FP1 was productive for Romain. We achieved our program and got a lot of data from the session. We were prepared for the rain in the afternoon, so it wasn’t a normal Friday morning as we did a little of the FP2 program as well. We wanted to do the same with Esteban, but he had an electronic issue which resulted in him only being able to go out to do an installation lap at the end. We were expecting the rain in FP2 and we got as much done as we could. We then waited for the rain to pass but, unfortunately, we had the same electronic problem for Esteban that he experienced in FP1, which resulted in stopping his program early. We are making a few changes and, hopefully, that will resolve the issue. Romain, however, managed a long run and we completed everything we wanted to achieve.”