Catch up with what all the teams had to say following Friday practice for the ninth race of the 2016 season - the Austrian Grand Prix at the Red Bull Ring. 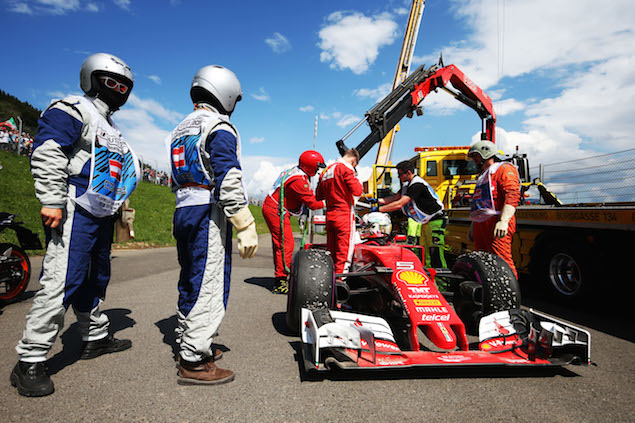 Sebastian Vettel
“It was a decent day. It is not entirely clear where we stand, as we didn’t have a lot of running due to the weather, in particular in the afternoon, but in general the car feels good. When I span at the end of the second session, I had an issue with brake distribution. It caught me by surprise, but it didn’t matter too much, as I only lost a couple of minutes, and in the end it didn’t make a lot of a difference. My plans for tomorrow? For sure I will watch the soccer match with the Team. Italy is playing stronger than expected, Germany is quite strong as well, so it should be a good match.”

Kimi Raikkonen
“It was quite a messy day, but overall I had good feelings. In the morning we managed to have a few runs while in the afternoon, because of the weather conditions, we did not get to do many laps and never really got a proper qualifying simulation done. The day could have been a lot better, the situation now it’s a bit unknown, but it’s not too bad either. There is no point now in starting to guess where we are, we still have tomorrow morning to know, and I’m sure it will be ok.”