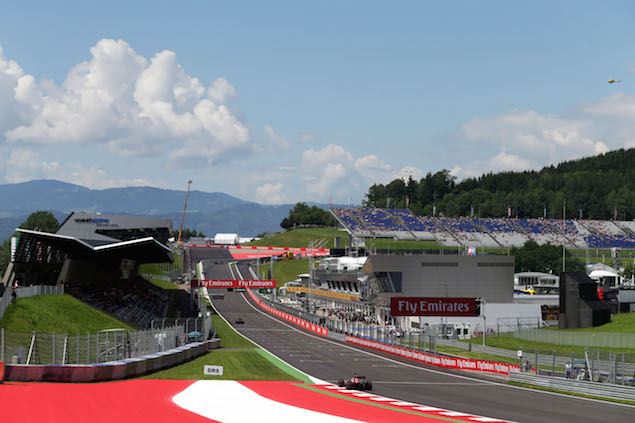 Carlos Sainz
“I think today was a very good day for us. Obviously it’s a bit difficult to make any conclusions as it’s only Friday, everyone’s run plans were different and we even had some rain, but we can be happy. It seems like every tyre is working well on this new tarmac – there’s a lot of grip and lap times are very quick compared to last year. It feels nice to drive here, it’s one of the smoothest surfaces I’ve ever driven on and the car feels great around here! Tonight we will continue to work hard and prepare for the rest of the weekend.”

Daniil Kvyat
“We can be satisfied with today, our practice sessions were very useful and I’d say we have enough data to be in good shape tomorrow. There was a lot going on in both FP1 and FP2 – we had some dry running, then it rained, then the sun came out again… So it’s been interesting! I’m feeling okay in the car and I think we can be positive for tomorrow.”

Phil Charles, chief race engineer
“There was definitely a bit of everything today: we changed our plans slightly this morning, as we saw there was a chance to have some rain in FP2. In the end, I think this was probably the right thing to do as the rain did come. It meant we used the Ultrasoft in FP1 instead of FP2 as we usually do. As anticipated, the new tarmac has certainly given faster lap times than last year and this has given the tyres a much harder time. To that end, the long runs we did in FP1 look quite tricky for the tyre. We saw quite a bit of rear graining and this will need some careful consideration regarding the set-up for the rest of the weekend. In the wet both drivers took quite a measured approach, building up their pace lap by lap and they were quite happy with the car.”