F1i's Eric Silbermann learns about the busiest three weeks of the F1 season for Red Bull's hospitality team, and picks up a few interesting guest stories... 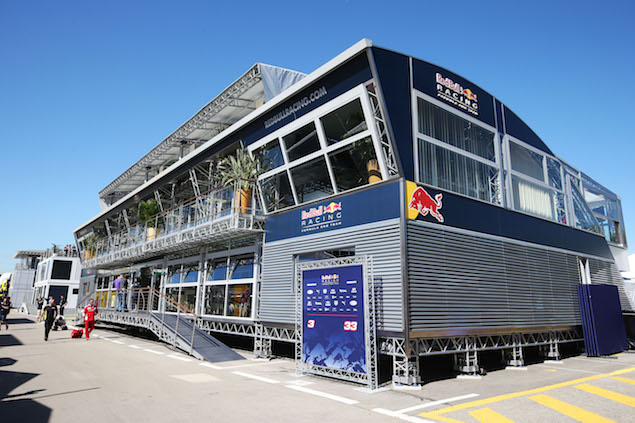 From Baku to Montreal was an interesting logistical challenge for the Formula 1 teams and that was followed by a triple-header of Austrian Grand Prix, British Grand Prix and Silverstone test. When everything matters down to the tiniest detail and plans and strategies are constantly changing, the relentless pressure of back to backs can stretch everyone to breaking point. Those words probably summon up images of engineers rushing to complete last minute updates, or weary mechanics preparing for yet another all-nighter. But other elements of the world of Grand Prix racing are also on a tight schedule.

On the Wednesday after the British Grand Prix, I’m in the Red Bull Energy Station in the Silverstone paddock, with the hum of testing in the background, talking to Red Bull Racing’s Hospitality Manager, Georgina Russell. Because if the last few weeks have been demanding for the engineering side of the team, they have been equally so for the men and women with the perma-smiles whose job it is to look after Red Bull Racing’s guests.

“The past few weeks have been the busiest ever,” admits Russell, having just ushered another group of guests towards lunch. “Our team tends to regard Monaco as the busiest weekend of the year, but the way the calendar has fallen this season and looking at events over the past few weeks, the Austria to Silverstone to Test timetable has been by far one of the biggest challenges we’ve faced in quite some time. It’s been very busy, both trackside and back at the factory.” 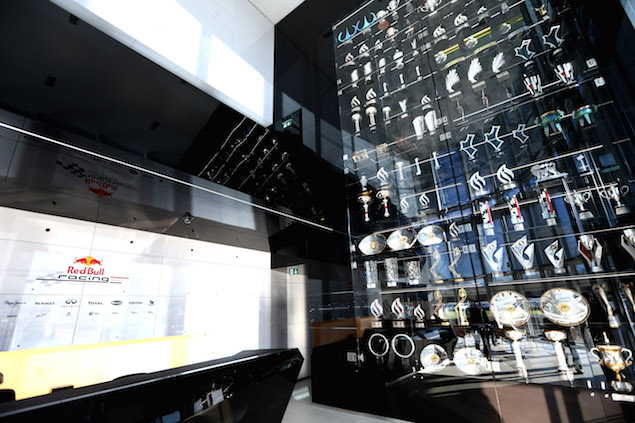 The proximity of the Red Bull Racing facility to Silverstone means that factory visits for sponsors increase dramatically in number around this time, while the British Grand Prix and the following test provide an ideal opportunity to open the garage doors to the team’s own staff.

“We have Austria as our official home race, so we class Silverstone as our ‘local’ race, for all the people working in the factory,” continues Russell. “An awful lot of people in the factory work all hours, doing everything that’s asked of them and yet they never get to see any aspect of paddock life. Many people have worked for a long time at Red Bull Racing without ever seeing the race car at the track.

“So we try to ensure that every individual in the factory feels included and we were able to do that this year thanks to having this two day test at Silverstone, coming immediately after the British Grand Prix as it meant all the facilities, all the hospitality structures were still in place at the track. In addition, all staff were offered a ticket to come and watch the race, as well as the opportunity to come up to Silverstone on the Monday after the Grand Prix, come into the Energy Station in the paddock and get a feel for what it’s like to be a guest of Red Bull and to enjoy having a look round the paddock – there were still plenty of F1 drivers here on Monday attending briefings for the following test. And they also got to see inside the garage, watching the mechanics preparing the car for the test and see where everything happens.” 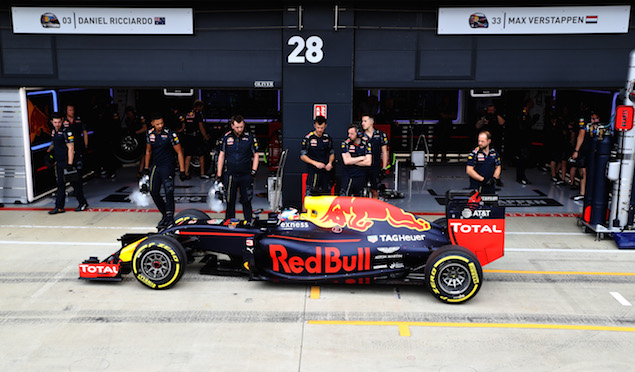 The reason why the Silverstone paddock occasionally looked like a ghost town during the three days of the most important race on the British motor sport calendar is a different story for another day, but apart from getting most of its staff into the circuit over the race weekend, on the Monday after the event, Red Bull Racing had nearly half of its workforce in the paddock! “They were split across a three hour window,” says Russell. “Thankfully, we have the wonderful Energy Station and we managed to accommodate everyone and it was a really good evening.”

While hosting the equivalent of an “open day” for your staff is a great idea, let’s not forget the real purpose of all the hospitality is to give something back to the companies that sponsor the team and pay for it all.

“It’s part of being Red Bull that we want to go that step further in creating the ultimate unique experience and with a lot of our partners based outside the UK, the British GP weekend is the opportune moment to invite them to the factory too,” adds Russell. “Over the fortnight covering pre-British GP to Silverstone test, I estimate we’ve done around 25 factory tours. The factory visits and F1 testing are great ways of making our team accessible. Unfortunately with the race weekend it’s not as accessible because the Paddock Club passes can be quite expensive."

Over the race weekend, Red Bull Racing splits its guests between the Paddock Club and the Energy Station.

“For the British Grand Prix, we had a total of 110 Paddock Club guests over the race weekend and on top of that in the Energy Station we were putting out 120 covers every day over,” says Georgie while doing some quick mental arithmetic. “We do everything we possibly can to make the Red Bull paddock club truly unique and it’s very Red Bull in terms of its vibe. 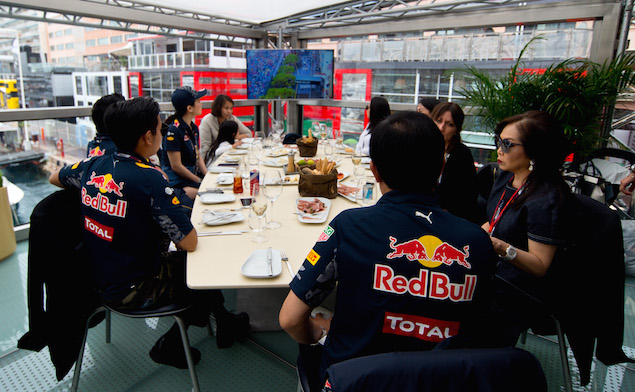 “Also we try to educate and make sure it’s a really immersive environment. So we have a very large viewing screen, team radio, F1 educational experiences, where we explain the technical side of the sport and we have live pit-links down to the garage in which we will interview an engineer or one of our colleagues and we have a showcase with components for them to look at and generally make them feel part of what is going on. They also get to visit our pit garage. So that requires quite a strict timetable to ensure that every single guest gets the opportunity to come down into the paddock and in the garage.

“We also bring our drivers and senior management up to the suite, so that by the end of the weekend, they’ve had a good all-round experience with the team and without a doubt they will have spoken to a couple of engineers, a driver, some mechanics and they should go away with a really good and full experience of our team.”

VIP guests, the excitement of a Grand Prix, the proximity of “slebs” and the odd glass of wine – it's the perfect recipe for unusual behaviour and some wild stories. Unfortunately for us, Russell is far too professional and discrete, although she does grant us a couple of amusing tales.

“We have had some unusual questions during tours, which are quite amusing,” she reveals. “I’ve been asked if all the drivers got to have a go in the car, because on race day, they’ve seen all the pit crew wearing fire suits, sitting in the garage ready to go, looking just like the drivers!

“On a factory tour, I’ve been asked where the Red Bull cans get filled. Some people get very excited when they are taken into the garage. I’ve had grown men cry. That’s when you realise how unique the job is and that for some of your guests this is the experience of a lifetime. Oh and we’ve also had a marriage proposal in the garage, so you can end up being part of some special moments in the lives of your guests.”