Which teams are picking up the pace and which ones are coming under threat in 2016? F1i compares the progression of each team over the first ten races 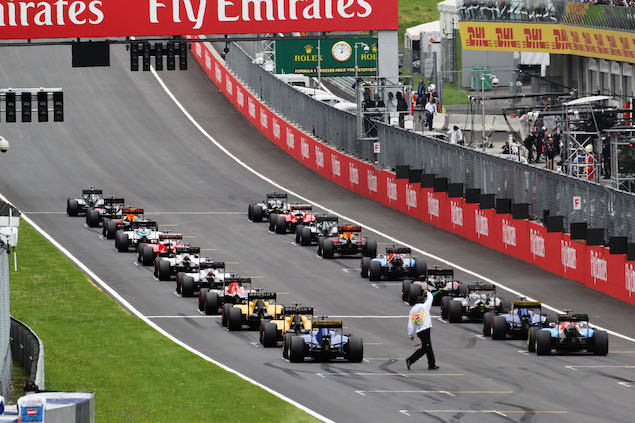 The Hungarian Grand Prix (or more specifically the halfway mark of the race) is the mid-point of the 2016 F1 season, which has followed a somewhat familiar theme.

Mercedes has been the dominant force, but has only secured two on-two results from the opening ten race after Nico Rosberg was demoted to third in Silverstone. Following the British Grand Prix, Ferrari is just six points clear of Red Bull, while Williams is also coming under threat from Force India.

So how has the season so far unfolded? F1i has compiled the points progression of all 11 teams to have a look at the trends halfway through the year and what to expect from the coming rounds. 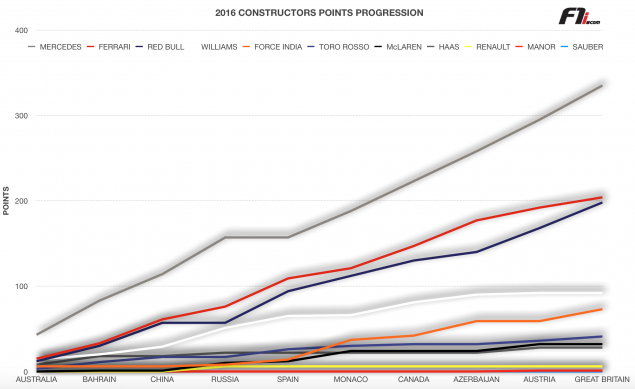 So what does the above graph show? Well, for starters, Mercedes has reacted positively to its disastrous Spanish Grand Prix and eased away from the rest of the field once again. But there are four key fights which are unfolding.

While Ferrari has faced questions regarding the growing threat of Red Bull following the British Grand Prix, the graph shows just how closely matched the two teams have been throughout the year. Red Bull was keeping pace until it suffered a terrible result in Russia where both cars retired, and has been playing catch-up with Ferrari ever since.

The power-sensitive tracks of Canada, Azerbaijan and Austria are now behind Red Bull, which should allow the team to really put more pressure on Ferrari over the coming races. It started in strong fashion at Silverstone to cut the gap to just four points, and it would be no surprise to see Ferrari drop to third in the standings before the summer break.

Williams has secured third place in the constructors' championship in each of the last two seasons but it looks increasingly like it will struggle to hold on to fourth this year. Since introducing an upgrade in Barcelona, there has been a clear upturn in Force India's form while Williams has plateaued somewhat.

With Force India closing in, the concern for Williams will be its switch to its 2017 car, with Pat Symonds telling the official F1 website the relative security of fourth place earlier this year "made the decision easier" to focus more efforts on next season.

Williams does have a new floor set to be introduced in Hungary, and the team will need it to provide a step forward in performance if it is to avoid a season-long scrap with Force India. 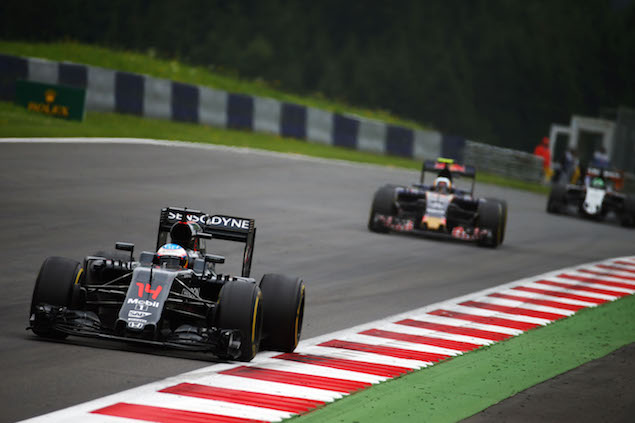 While all three are closely matched at this stage of the season, the trio have also taken very different approaches to reach their respective points tallies.

Only 13 points separate all three teams, but Toro Rosso has consistently picked up points throughout the season, never finishing higher than sixth but scoring in eight of the ten races.

McLaren, on the other hand, started slowly but has shown the potential to secure big results on circuits that suit it. Monaco and Austria both resulted in strong scores, although the team has only managed to finish with both cars in the points on two occasions. Like Red Bull, it will be pleased to have got power sensitive circuits out of the way while still picking up points.

Haas burst out of the blocks with two top six finishes in the opening two rounds, but has struggled to continue that form. A seventh place in Austria shows the team has the potential to score significant points, but its inconsistency has seen it drop just behind Toro Rosso and McLaren in the race for sixth.

A clear scrap to avoid the wooden spoon, Manor was quick in Austria and managed to secure a potentially crucial point to move up to tenth in the standings. It could be enough to see it hold on until the end of the season, but Sauber has shown decent race pace on enough occasions to suggest it will get chances later in the year provided the promised funding allows it to introduce its planned upgrades.

Red Bull Racing: Be My Guest

Under the skin of the Mercedes W07