Ahead of this weekend's season opener, we remember the 1996 Australian Grand Prix and the spectacular debut of one 'Jack Newtown'. 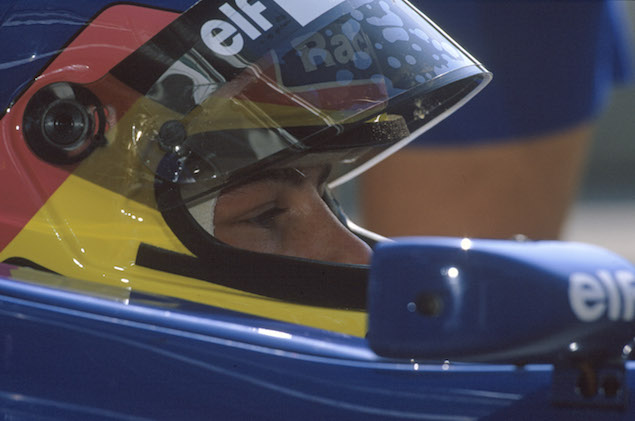 Formula 1's history books remember many impressive inaugural performances, but Jacques Villeneuve's achievement in Melbourne in 1996 was perhaps one of the most remarkable. Admittedly, when the 24-year-old Canadian entered F1 with Williams he wasn't exactly an unknown quantity, having enjoyed a distinguished career in the US, capped in 1995 by a CART Indycar  title and a huge triumph at the showpiece Indy 500. One could also add the good genes naturally bestowed upon him by his father, the great Gilles Villeneuve.

Still, many paddock pundits were doubtful of Villeneuve's true potential at the highest level of the sport, recollecting the huge failure produced by Michael Andretti when the American hotshoe had crossed the Atlantic to race for McLaren a few years earlier. In order to offer Villeneuve the very best prospects, Williams had provided its young debutant with a lengthy test program during the winter, and no efforts were spared to enable his talent to get to grips with the team's machinery.

In Australia, Jacques was mightily impressive straight out of the gate, consistently running at the top of the timesheets in all sessions before pipping his experienced team-mate Damon Hill to pole position with a late-session burst in qualifying, much to his own bewilderment.

"I honestly didn't expect to be up there," he said flawlessly in three languages (English, French and Italian), "but after the laps on Thursday, Friday and this morning we knew we could make it.” 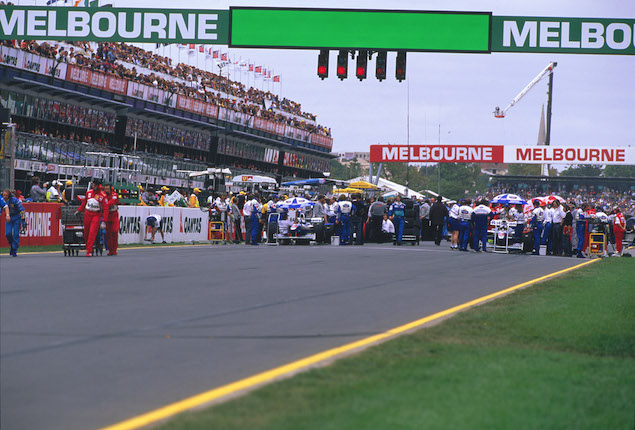 Villeneuve was only the third rookie in the history of F1 to clinch pole on his maiden outing, emulating the achievements of Mario Andretti at Watkins Glen in 1968 and Carlos Reutemann in Argentina in 1972. Even Damon Hill graciously acknowledged his team mate's accomplishment: "I've been watching Jacques all winter in testing and he's obviously pretty competent in his job. I'd love to have had pole position but he's done a terrific job."

With the Williams FW18 so comfortably ahead of the opposition, both drivers knew the race would amount to a team-mate battle with Villeneuve in the role of a challenger under no pressure whatsoever. In spite of his lack of experience of standing starts, the Canadian squeezed ahead at the first corner only for the race to be red-flagged when Martin Brundle's Jordan barrel-rolled into the gravel on the first lap. Villeneuve's second start was just as effective as the Williams pair locked itself in close battle and took centre stage for the entire afternoon.

Hill managed to move ahead of his team-mate after a slightly faster pit stop but Jacques immediately took full advantage of his rival's colder tyres, bravely forcing his way around the outside of the future world champion at Turn 4 to regain the lead. It looked like everything was setting up for a sensational and perfect debut for Villeneuve, until his car started emitting the occasional puff of smoke. Back in the Williams a garage, the ominous sign was confirmed by the telemetry reading from the computers and by Hill's own complaints over the radio of being covered in oil. The team had no choice but to give Villeneuve the SLOW sign, which left the oily Hill to pull away quickly and head towards his 14th career win. But Jacques Villeneuve had clearly emerged as the Australian Grand Prix's moral winner, impressively putting to rest all the pundits' doubts. 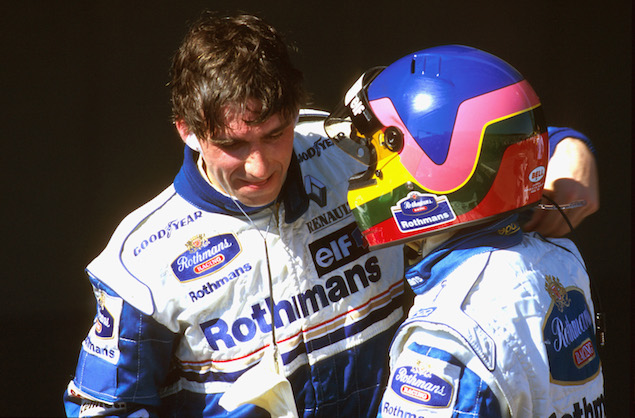