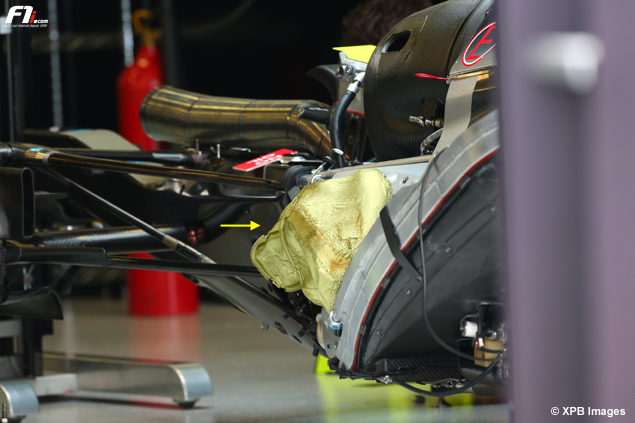 Both Silver Arrows flew by like shooting stars in Melbourne, with the first non-Mercedes car of Sebastian Vettel finishing 34.523s adrift of race winner Lewis Hamilton in his W06 Hybrid. This means an extra ten seconds compared to last year’s gap of 24.525s between Australian Grand Prix victor Nico Rosberg and second-placed Daniel Ricciardo (although the Aussie would eventually be disqualified).

Mercedes’ 2015 challenger is very good aerodynamically through fast corners – even though this comes at the expense of the car’s top-end speed – but the W06 also benefits from an upgraded PU106A power unit. Indeed, the engine technicians at Brixworth have used up more development tokens (25) than their counterparts at Ferrari (22) and Renault (20).

One change is particularly noticeable on the German behemoth’s 2015-spec power unit. It no longer features its distinctive log manifold, which used to be one the most distinguishing element on last year’s package. On each side of the V6, a single open pipe placed very close to the engine would collect the gases that were burnt in the three cylinders before feeding them towards the turbine via exhausts ducts. This year, Mercedes engine boss Andy Cowell and his team at High Performance Powertrains have gone for a more conventional manifold design: each cylinder has its own exhaust, with the three pipes then merging into the collector.

Each solution has its own advantages. The log-style exhaust is quite short, which helps prevent exhaust gases from losing too much pressure on exit. This also means that more energy is consequently fed towards the turbine, and then harvested by the MGU-H. However, engineers have to keep an eye for any potential collisions between the different gas molecules, which in turn might create turbulences. Last but not least, the compactness of the log manifold package offers great reliability while also giving more freedom to aerodynamicists.

On the other hand, the more conventional tubular exhaust systems have a longer size and thus lose some pressure at the turbo, but this design offers more leeway to regulate exhaust gases across all RPMs. By switching to a more traditional manifold, which seems to be implemented directly onto the engine, Mercedes somehow indicates that they have been able to find a way to maintain high pressure at the turbine. Would it be another masterstroke from Cowell and his team? 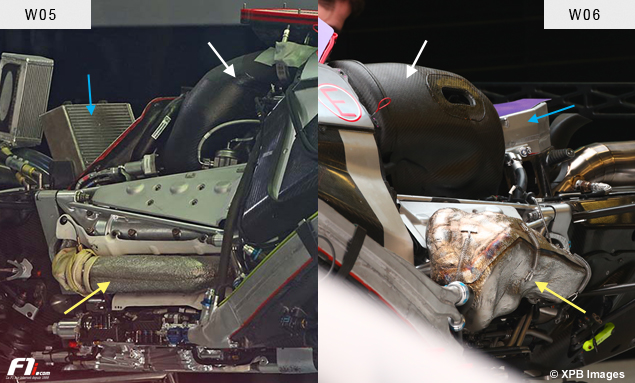