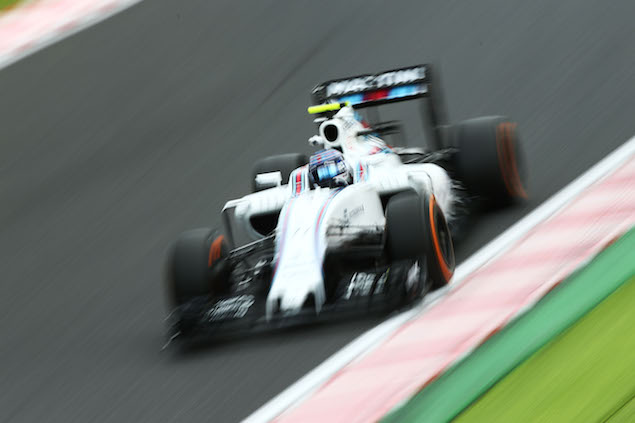 Williams was happy to state it had made a decision to focus on the 2017 regulations before this season had even started and will have been sitting comfortably after the opening four races. Once Force India’s upgrade was seen in Barcelona, that picture changed, but Symonds says Williams had to commit to its strategy at a much earlier stage.

“Not really, because I think it would have not made much difference,” Symonds insists when asked if the decision was taken without having a full picture of the opposition. “You can’t make these decisions on the fly, you have to take a strategic approach to these things. You plan your wind tunnel work quite a long way in advance and your whole way of going about the season and I certainly, in January, we were well into planning for next year. We probably are normally like that.

“I think the difference is that this year we knew perfectly well that for the 2017 car we were going to be making enormous strides in performance in the early days. So you absolutely couldn’t back out of it, you couldn’t change your mind or anything like that.

“But to be honest most years it’s quite difficult to change your mind. You decide that this is the strategic approach that you want to take, we’re going to spend this much time on this car, we’re going to work in these areas, and you tune it a little bit but you don’t change it fundamentally.”

2014’s regulation changes led to Williams taking a huge leap from backmarkers - ninth in the constructors’ championship a year earlier - to consistent podium challengers. After scoring 320 points in the first year of the new regulations, that tally dropped to 257 points last year and sits at 124 points with four races remaining this year.