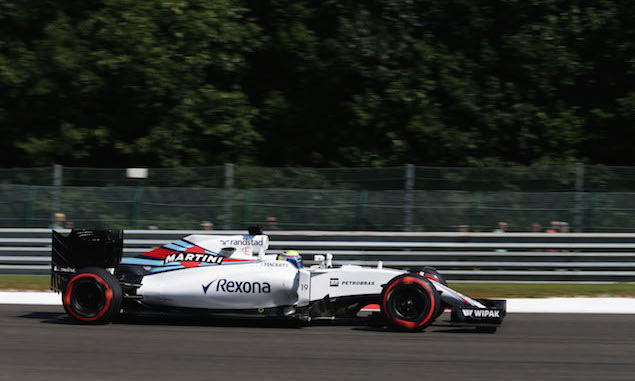 Symonds says the decision to focus on 2017 was easier due to further gains with the current car concept being limited, but believes such an admission overlooks the impressive job done three years ago.

“I think there were diminishing returns. That’s always true with stable regulations, you do get diminishing returns. I guess that ours diminished a little bit more than others because I think when we went into these new regulations in 2014 we made some very good decisions as to where we were going to target efficiency for the new power units.

“I think we made better decisions than most of our competitors and I think that really helped us in 2014. I think through 2015 and 2016 other people sort of moved into our territory a little bit which has not made us look quite so good. And on top of that I think they have actually out-developed us in that period as well.”

While Symonds says Williams should remember how far it has come since scoring just five points in 2013, the ever-ambitious 63-year-old is far from content with fighting for third or fourth in the constructors’.

“Yeah, we shouldn’t beat ourselves up too much. The fact is we are a team that doesn’t have a budget of the top three. Fact. We are a team that up to 2014 had gone through a decade of just ever-worsening performance. When I joined the team it was a ninth-placed team. So in that respect, yes, we shouldn’t forget where we’ve been.

“But I’m not going to be satisfied with where we are. That’s what makes us the people we are, that’s the competitive aspect. So I’m still very keen on fighting our way to the top. Now under the current sort of business model of Formula One that’s quite a difficult thing to do but I have every hope that will change.”