The quotes of the week from the Mexican Grand Prix need a Parental Advisory, while there are wise words from a Team Principal and a classy Tweet from a four-time World Champion 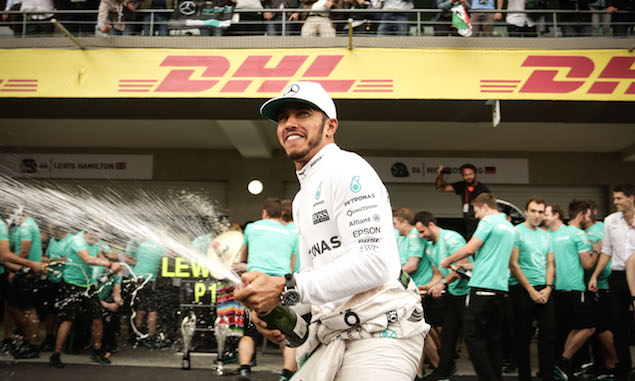 Not a quote exactly, but the short and classy tweet from Alain Prost on Lewis Hamilton equaling his own tally of F1 wins.

"To be honest it’s snakes, probably! Apart from that I don’t fear anything."

In Thursday’s FIA conference, this is what Perez said when asked what he was scared of. Clearly looking for something more sensational, his Mexican interlocutor pressed on with this: Second question, what do you think about the death?

"Nice questions. It’s a point in life that you don’t want to reach but everyone will reach death in their life."

“Have you noticed that on your run this morning? What do you do? 21k?”

Nico Rosberg was quick to tease an English journalist, not exactly known as a Run-The-Track sort of guy, who asked the German if he felt the effect of the high altitude in Mexico City. 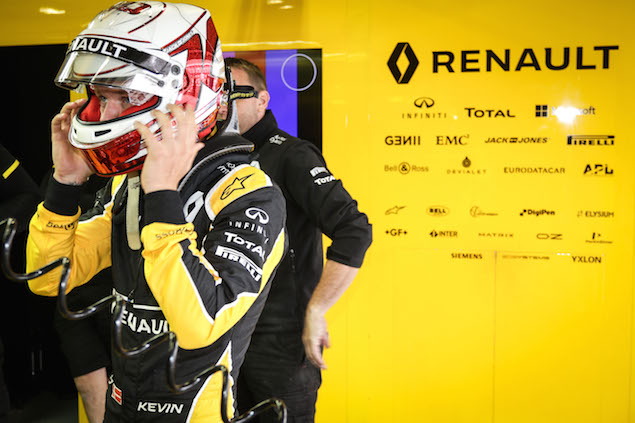 Still on the topic of the air in Mexico City, this was Kevin Magnusson on Friday, showing a far too good understanding of English cynicism, humour and colloquialisms.

“But we should get rid of all these penalties and all this nonsense, if a driver touches another driver, that he gets done up or whatever. But we need interesting races and if they crash into each other, they crash into each other. This is what people always want to see. Formula One is also entertainment. And currently, we take too much care about all the safety issues and so on. Formula One is dangerous, we know this, but currently at the race track, if you look, nothing happens any more. …Then if drivers fight against each other and if they crash against each other and something happens, then they should not go to the stewards and get a penalty for this. People want to see real racing, people want to see that something is happening.”

The infinite monkey theorem states that a monkey hitting keys at random for an infinite amount of time will eventually type a given text, such as the complete works of William Shakespeare. In Friday’s FIA Press Conference, a team principal, Toro Rosso’s Franz Tost, finally and neatly summed up what all race fans want and apparently predicted the Sunday night shenanigans.

“Anyway, I felt that I was in Mexico City, not on the race track, with all the traffic!”

A funny quip from Vettel, complaining about traffic on Friday. There’d be worse, much worse, to come. 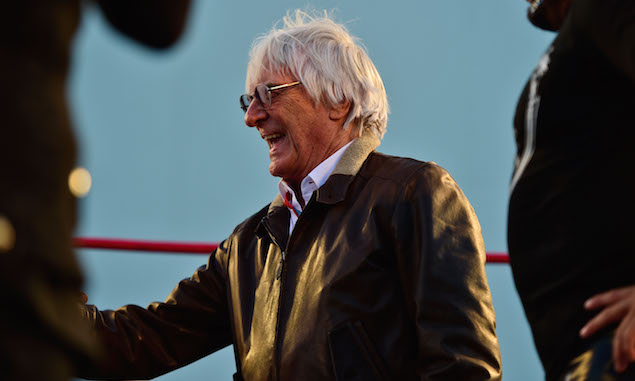 “I’ve learned two things; one is not to answer questions and the other is not to have sex outdoors.”

Bernie Ecclestone, on his birthday on Friday, responds to Johnny Herbert who asked the F1 Ringmaster what he had learned in his 86 years.

Vettel: “I mean, am I the only one or are you not seeing what I’m seeing? He’s just backing me off into Ricciardo [bleep].”

Vettel: “Yeah! You know what, here is the message for Charlie: [bleep] off! Honestly, [bleep] off.”

Vettel: “Honestly, I’m going to hit someone I think I have a puncture, rear left.”

On the slowing down lap…

Vettel: “He has to give me the position. End of the story.”

Maurizio Arrivabene: “Sebastian, Sebastian, calm down, calm down. They are under investigation. I know that it is not fair but calm down. Put your head down and we talk afterwards.”

There is absolutely, categorically, definitely not one single toy left in Sebastian Vettel’s pram, as he melts down on the radio in the final stages of the race. 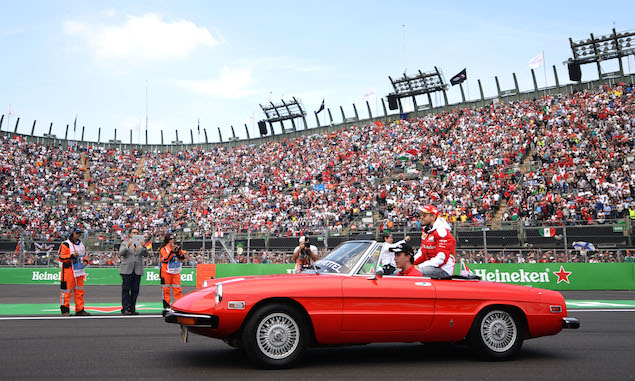 “We have a huge turnout here and I’m anticipating seeing a lot more Mexicans here tomorrow.”

Given we were in Mexico City, Mexico, home to 23 million Mexicans, this was a fairly safe comment from Lewis Hamilton after qualifying.

It seems Fernando Alonso is now a militant Trade Unionist, according to this comment to his engineer during the race.

“I don’t know how many times he’s using very bad language in general. I think he has to go back to school or something to get some language. I will speak to him because this is just ridiculous the way he’s handling. I mean he’s always so frustrated the whole weekend he’s shouting on the radio. He’s just a very frustrated guy at the moment.”

It’s taken until race 19, but in making these remarks about Vettel, Max has finally spoken and acted like the teenager he is. For that very reason, we shouldn't be too harsh on him.