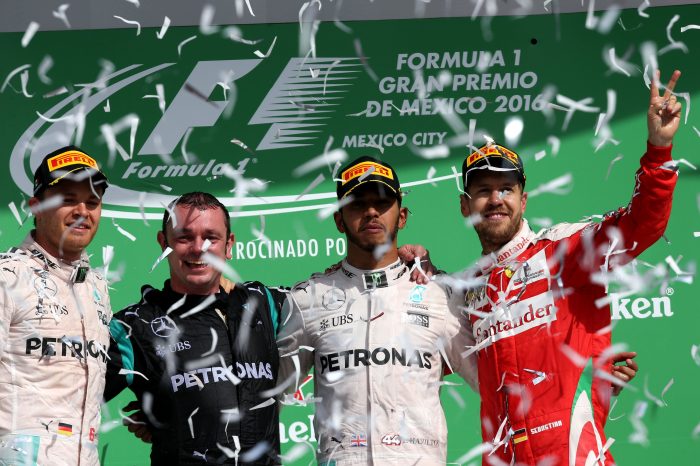 The Mexican Grand Prix organisers and the Mexican crowd ensured that last weekend’s event was a fantastic celebration of everything that’s best about Formula 1 and yet the behaviour of some of the drivers, FOM TV producers and the sport’s officials left much to be desired.

Of the major dramatis personae, only Daniel Ricciardo has emerged with his dignity intact, his one comment about the move on him that cost Sebastian Vettel third place being, "This sucks. He moved under braking. I'd already committed." After that, he just got on with the job of driving a racing car. Daniel’s team nearly did the decent thing when they got on the radio to Max Verstappen and told him he would have to give the place back that he’d just taken off Vettel by exceeding track limits, after he went off the circuit. But then the men on the Red Bull pitwall must have realised that the Stewards had been given the day off, perhaps to celebrate Mexico’s Day of the Dead Slow to Make a Decision fiesta and told their young protégé to await further instructions, which didn’t come until the Dutchman was hoiked off the podium.

As for Vettel getting a penalty for blocking Ricciardo, you couldn’t help but experience a feeling of schadenfreude, given that the German had been one of the most vocal in pushing for “Verstappen’s Law” to penalise drivers for dubious changes of direction while coming under attack. 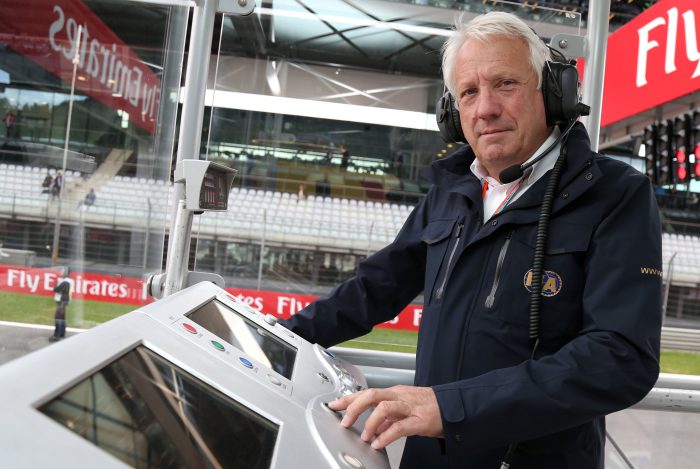 The Stewards’ inaction when it comes to both Mercedes drivers going off the track is harder to understand. In the case of Rosberg, I guess there is a case to be made for saying he was pushed off by Verstappen. But the championship leader opted not to bother with Turn 2 as he came back on track, when he could and should have cut back in earlier than that. As for Hamilton getting away with his excursion after the start, I find it gobsmacking. Apparently, the Englishman’s telemetry showed that he backed off immediately after he went off, but surely that’s what any sane person would do if they find themselves shooting across a grass field. To say he gained no advantage is just not true. He went into the first turn with his rivals snapping at his heels and he rejoined the track at Turn 3 with a handy cushion of what looked like a couple of hundred metres. In Austin, I spoke to former F1 driver Stefan Johansson who was bemoaning the fact that driving off the track no longer carries its own penalty: “The only thing you really see a driver do today is lock up and miss the line by 6 feet and that’s about the extent of it. If you go off, you don’t really get punished because you just go over the kerb and into the asphalt and then you carry on again. You may lose a tenth or two. Sometimes you even go quicker if you do it.”

Then in Friday’s FIA Press Conference in Mexico, Franz Tost summed up the growing feeling that what the drivers do on the track is becoming far too regulated. “We should get rid of all these penalties and all this nonsense… But we need interesting races and if they crash into each other, they crash into each other. This is what people always want to see. Formula One is also entertainment. And currently, we take too much care about all the safety issues and so on. Formula One is dangerous, we know this, but currently at the race track, if you look, nothing happens any more. …Then if drivers fight against each other and if they crash against each other and something happens, then they should not go to the stewards and get a penalty for this. People want to see real racing.” Prescient words, given what happened in Sunday’s race.  However, unless we return to gravel traps, for this to work the drivers and their team bosses need to raise their ethical standards and give back places as a matter of course, or if not, they should automatically have to drive through pit lane within one lap based on a straight call from the race director, with no need to bother the stewards.

On Sunday after the chequered flag, it was words not deeds that caused the biggest furore, when Vettel asked his team to pass on a message to Charlie Whiting. Personally, I cannot believe that in 2016, a bit of bad language led to another Twitter storm from people who actively seek out reasons to be outraged, often being outraged on behalf of others who might otherwise have been too stupid or not bothered enough to realise they were meant to be outraged and cry out for F1 to be another “safe space,” where they would not be offended. 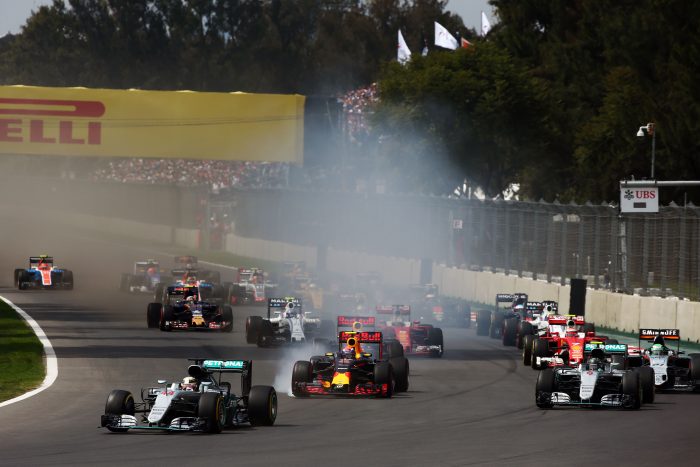 Either the person who calls the shots at FOM TV agrees with me, or he mischievously thought it would spice things up to broadcast some bleeped out expletives. In 1965, theatre critic Ken Tynan is credited with being the first man to say “fuck” on British television. It caused outrage, with questions raised in the House of Commons. That was fifty years ago for f***’s sake and I’d have hoped we’ve moved on, but apparently the FIA investigated the Vettel Profanosaurus.

In the German’s defence I’d point out that viewers never actually heard what he said as it was bleeped out, so you could tell your kids that Vettel told Whiting to “buzz off.” Seriously, Vettel might sound like a potty-mouthed crybaby, but he’s driving a car at over 300 km/h in conditions that I assume must feel like being put on a quick spin in a tumble dryer. There’s a reason the angriest radio messages come from former champions, with Fernando Alonso and Kimi Raikkonen also liable to get a bit sweary; namely that they still want it as much as they did in their rookie season and the frustration just boils over. What do people expect? Everyone complains that the drivers are dull and corporate and then, when one of them lets his emotions show, he gets crucified.

There are other mitigating circumstances: most non-English drivers learn their English from the “colourful” language employed by mechanics in the pit garages, as I often found out in my past role as press man at Toro Rosso, where many of its junior drivers spoke a version of English that would make a squaddie blush. Then we have to consider that countries have different attitudes when it comes to what is off-limits linguistically. For example, in France the “c” word is perfectly acceptable in just about any situation, whereas, in the English-speaking world, it’s the final frontier of swearing.

Way back in 2010, the Guardian newspaper ran a story about a report by OFCOM, the British media regulator, on people’s attitude to bad language on television. “Viewers are relaxed about words such as "bitch", "wanker" and "shit" after the 9pm watershed, the research suggested, and are even willing to hear them earlier in some circumstances. Other words, including "pussy", "fuck", "motherfucker" and "cunt" are still considered to be unacceptable and should be barred pre-watershed, but very few objected to the them being used after 9pm.”

Various parties had been quoting the FIA regulation 12.1.1.f: Any words, deeds or writings that have caused moral injury or loss to the FIA, its bodies, its members or its executive officers. Clearly Vettel’s language on Sunday does not meet any of those conditions, as he didn’t accuse Whiting or the FIA of anything, he simply expressed his anger at them using a rude word. Whiting himself doesn’t seem too bothered about the incident, according to this quote he gave to the Daily Mail newspaper: "He did say sorry. Given he has done that, I'm not too hung up on it personally, but it remains to be seen how my boss may wish to pursue the matter." The FIA made the right decision therefore in not penalising Vettel, who admittedly groveled like a good ‘un, firing off letters of apology to one and all. Liberty Media’s Chase Carey was in Mexico City and I’d bet he thought the final part of the Grand Prix and its aftermath was just the sort of excitement the sport needs. 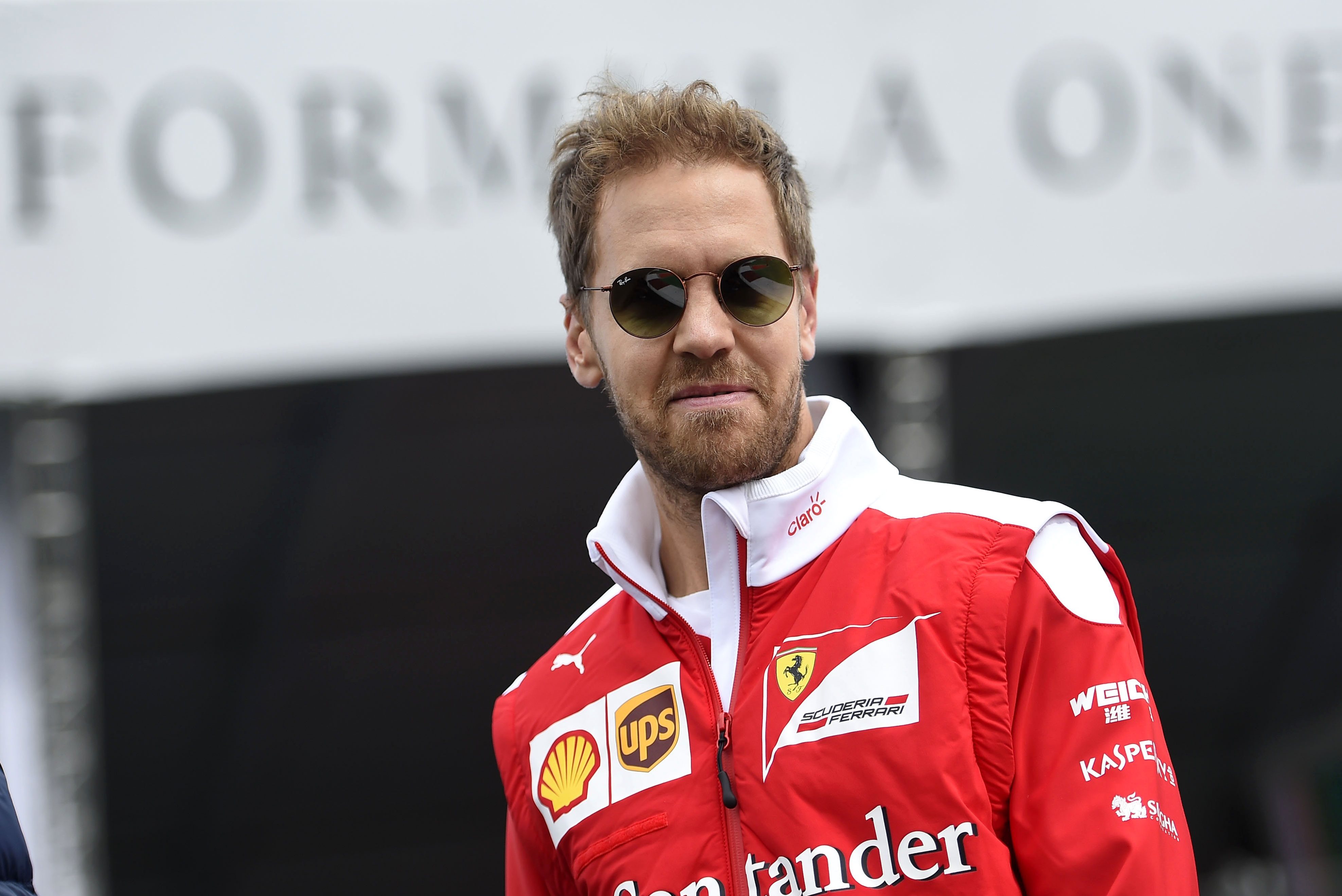