In Bahrain, Mercedes had to “cross the desert” again, quite literally, something which benefited Ferrari. High temperatures forced the teams to adapt their cars, each in their own way. In addition to these adjustments, we analyse, pictures in hand, the W09 gearbox, the Toro Rosso evolutions, as well as those of McLaren, Haas, Renault, etc.

OPEN UP TO COOL DOWN

Although the race takes place at night, the Bahrain Grand Prix is generally warmer than the Australian weekend. That's why the teams all adapted their cars accordingly, using different ideas and methods.

“On an F1 car, you have to monitor the temperatures very closely,” confirms Nick Chester, the technical director in charge of the chassis at Renault. “The car is designed to work inside a fairly narrow thermal operating window. The cooling must therefore ensure the engine optimum temperature, which requires modifying the body accordingly. The same goes for brakes, rims (which condition the air temperature inside the tires), etc.”

“This thermal management exercise applies to the entire car. To ensure adequate cooling of the engine and gearbox, other body components are mounted, which are available in different versions depending on the ambient temperature. Basically, the hotter it is, the more you open up the bodywork, to let more air reach the radiators. Of course, this penalizes aerodynamics a little. We only open up when we really have to! The whole must remain as compact as possible. The same approach goes for the brakes. The discs work well at a certain temperature, so we must ensure that the cooling maintains this optimum but without going too far, otherwise we lose too much in aero performance.” 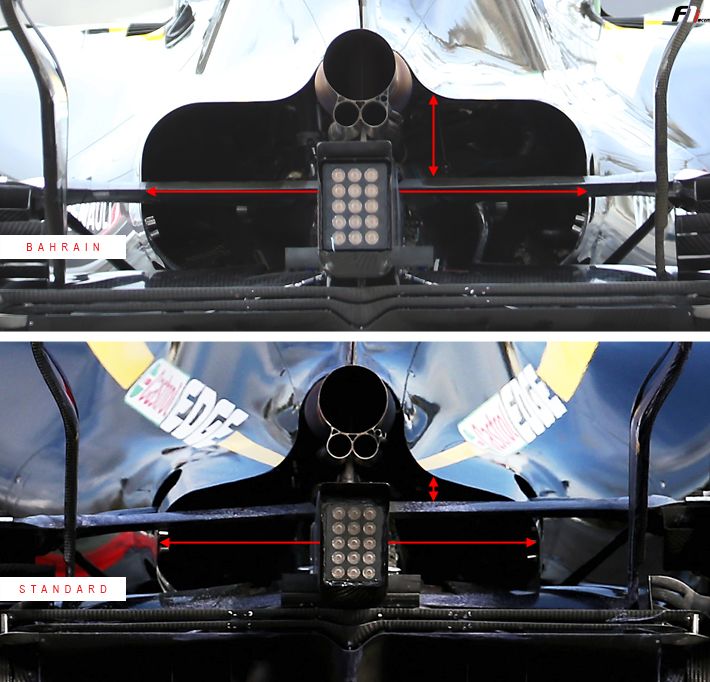 As can be seen in the picture above, the Enstone engineers opened the back cover of the RS18 – a solution adopted by most teams (Red Bull, Williams, Toro Rosso, etc.). In the top picture, there are two carbon ducts from the sidepod (see yellow arrows), which supply fresh air to the electronic systems, which are installed as low as possible.

“A lot of parts have to remain under control in terms of temperatures. The engine, of course, because if the fluids overheat, its reliability is jeopardized. But also all the parts located in the vicinity of the exhausts, which must be sufficiently ventilated. The package is so narrow that insulation boards are used under the hood and air is directed to the electronic sensors. If they break down while overheating, we have a big problem.”

Finally, there are additional pitot probes mounted in the sidepods and connected to green tubes, to measure the air pressure and air speed that goes through the duct.