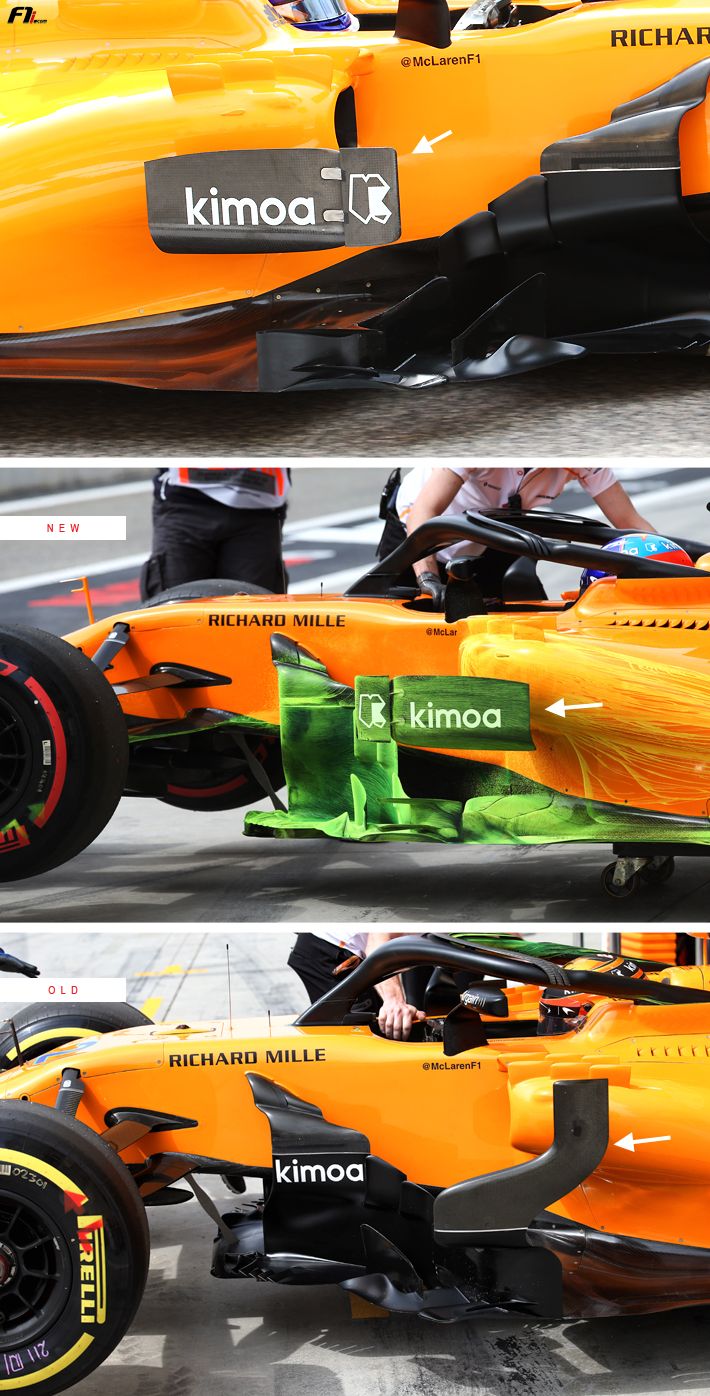 At Sakhir, McLaren removed the vane that was attached to the corner of the flat bottom to replace it with a more conventional panel.

Almost identical to the one fitted on the MCL32, this vane was quite simple: a straight element and made of a single piece. Only the Renault has a comparable appendage, even though, on the RS18, it is attached to the sidepod vane.

Instead, the Woking aerodynamicists have installed a rectangular panel, reminiscent of the model seen on the 2017 Ferrari and used again this year on the SF71H, the Red Bull RB14 and the Williams FW41.

The role of this part is to isolate the airflow going along the sidepods from the dirty wake created by the rotation of the front wheels.