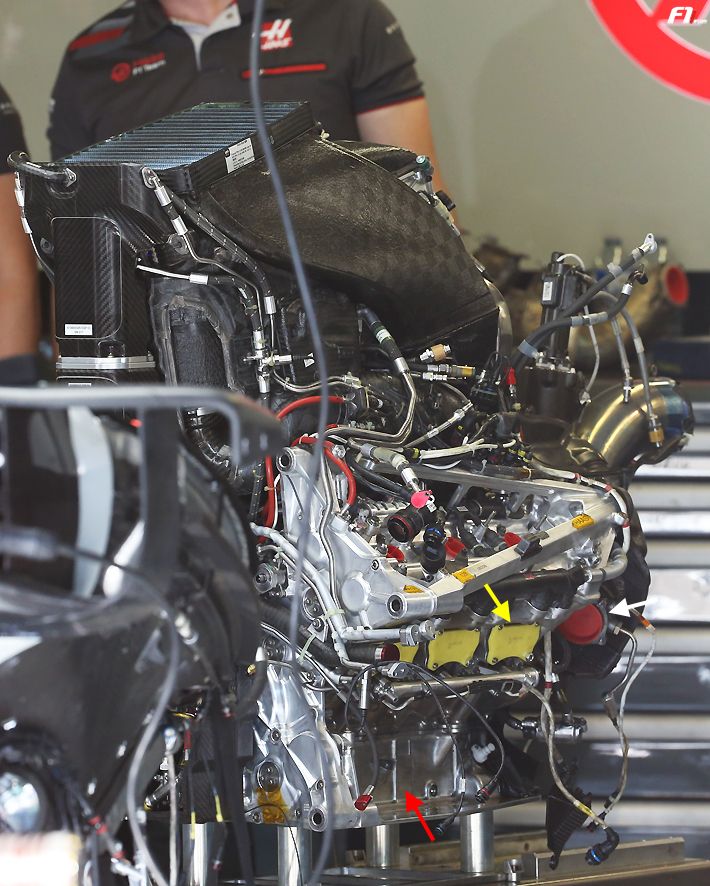 As its name suggests, the 062 EVO block is derived from the 062 engine of 2017 and still has the compressor and turbine at the back of the unit, just like on the Renault engine. This means that the Scuderia have not adopted Mercedes’ signature split-turbo design (whereas Honda has). The water-to-water intercooler sits atop the rear part of the engine. The rectangular-shaped element is hugged by the pipework that channels air from the air intake above the driver’s head to the compressor. The architecture does bear some resemblance to the concept used in 2014 and 2015, except that the intercooler was lodged much lower, within the ’Vee’ of the engine, which did not allow for variable inlet trumpets.

In short, the compressor is fed with air channelled via the ducts hugging the radiator on both sides. Once the air has been compressed, it is cooled by travelling through the rectangular intercooler from where it is directed to the airbox.

On the above image (taken in front of the Haas team garage), we can see the empty volume at the base of the block, usually occupied by the MGU-K (red arrow), as well as the yellow caches placed by the mechanics when the exhaust pipes are removed (yellow arrows).