Former double World Champion Emerson Fittipaldi has decried Formula 1's modern politically correct etiquette and communication, imposed by the teams, and which has turned the current generation of drivers into robots.

Speaking to Motorsport.com, the Brazilian believes a concerted effort by teams and sponsors must be made in order to restore the former 'hero' luster typically associated with Grand Prix drivers.

"In the United States, everyone talks about 'freedom of speech", Fittipaldi said. "If you drive for Ferrari for example, before the press conference you will be told 'you cannot say this' or 'you should not say that'. That's shit! Am I a robot? Or am I a personality? That's what is missing."

While F1's core fan base agrees that drivers should be more open and accessible, Fittipaldi insists that drivers are not to be blamed, pointing a finger instead at those who feel compelled to control their image.

"They need a personality. The system is wrong, it's not themselves that is wrong. It's not their fault. There should be better interaction between the public and drivers in my opinion."

The former F1 and Indycar champion believes the correct prescription includes more communication leeway on the part of teams and sponsors, which itself would contribute to a more relaxed atmosphere for the drivers.

"Formula 1, the PR guys, they should allow drivers to say more," he concluded.
"In my time, I had a 20-year commercial relationship with Philip Morris, and I knew exactly what to say, but I could say anything. It still allowed my personality to come though. I had freedom of speech, and that means everything." 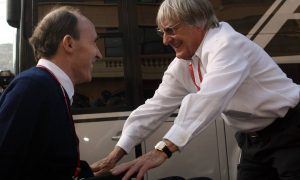