A stunning lap at the Circuit Gilles Villeneuve left no room for doubt as the polesitter for Sunday's Canadian Grand Prix.

Hamilton's time of 1:11.459s in the final round of qualifying was the fastest lap ever recorded at the track by a Formula 1 driver. It also means that Hamilton has taken 65 career poles in the sport - equaling that of his idol Ayrton Senna.

Fittingly, Hamilton's first pole was also in Montreal in 2007 - which was also the first Grand Prix that he won in his rookie season. Only Michael Schumacher has more pole positions to his name, and it's only three more - meaning the record could be broken before the end of the season.

"To think that I am that close to Michael's record is incredible. I plan on getting there but that is all ifs and buts."

But for now, simply getting to the same level as Ayrton Senna was all that mattered to Hamilton. He was presented with a special helmet donated by the Senna family to mark the occasion. 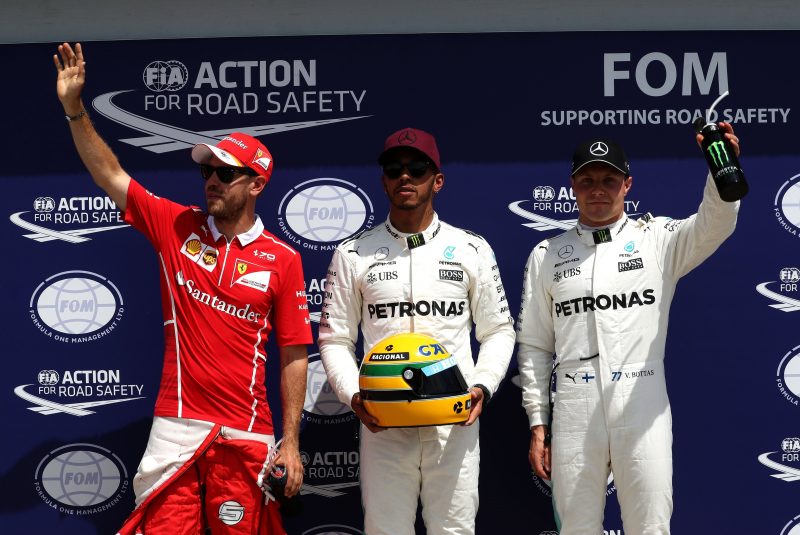 "I'm shaking. I'm speechless," he said. "Ayrton, I know for many of you he was your favourite driver and it was the same for me. He was the one who inspired me to be where I am today.

"Ayrton was the guy I noticed from the beginning. I think it was the colour of the helmet. So I am honoured to be honoured by that family.

"To match him and to receive this is the greatest honour. A big, big thank you to the Senna family and to everyone here.

"Literally as a kid, I'd come home and I was like, one day if I'm really lucky and I can get to Formula 1, I'd want to emulate Ayrton.

"I remember coming come home from school and putting on the video tape of Ayrton. It's really strange to think that I'm now here and have that number of poles.

"I am honoured to be among those great drivers, the legends. Ultimately just very proud," he continued. "It wouldn't be possible without all the work from my family.

"This is just the tip of the iceberg. No-one knows how hard we worked to get here. I am proud to have got the Hamilton name here. If this was my last day in the sport, the Hamilton name will remain there forever."

Hamilton added that the quality of the competition from his fellow drivers was a key part of what drive him to success.

"Being that it is the most difficult season of my career, racing against these two drivers [Sebastian Vettel and Valtteri Bottas} and Kimi [Raikkonen], and having them so close, really then pushes us all to the limit and relies on us all being perfect.

"Of course we can't always be perfect, but today I got as close as I could get," he said of his stunning record-setting effort in Q3. "It was a sexy lap!"

"I can't believe it came together so well. The first sector was fantastic, and then just managed to be just a little up on each one.

"Montreal's been good to be over the years," he added. "It was a close battle with the Ferraris, they were so quick - they've been quick all year. But I was gunning, I was pushing." 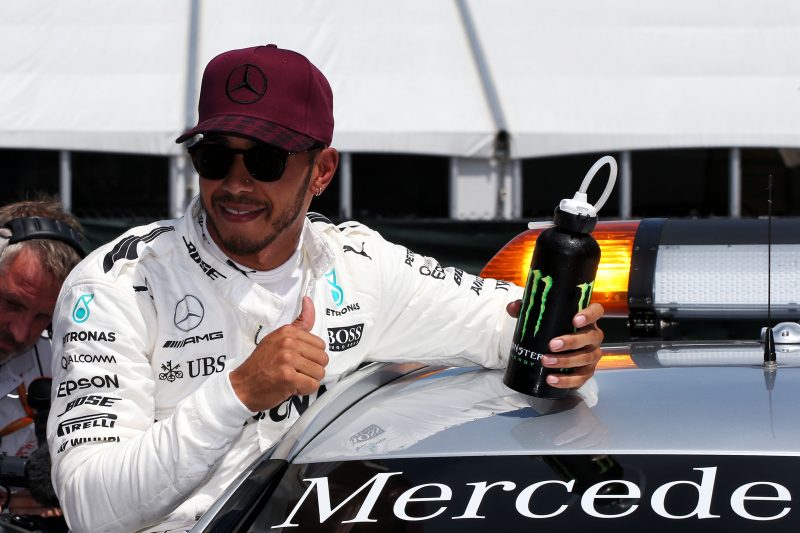 There was some doubt as to whether the helmet given to Hamilton on Saturday was the actual race-worn item or a replica. Formula 1 journalist Will Buxton explained that travel and insurance reasons meant there had to be a stand-in 'stunt double' in Montreal.

"I understand it the real one is in Monaco and will be delivered to him when he gets home. Senna's first Monaco win," Buxton tweeted.

As for where the genuine article was going to go, there was no question of it being tucked away in a cupboard when Hamilton gets home.

"I live in an apartment in Monaco, so I don't have a lot of space for trophies. But I've definitely got space for that. Maybe my table centerpiece in my living room, I would say. So that it's the first thing you see when you come in."

Wolff: 'Lewis put it all on the line on final run'