Bernie Ecclestone has revealed that he, the FIA and rival teams would often join forces to "help" Ferrari be more successful in Formula 1.

In the past, many often perceived a bias by the sport's governing body towards the House of Maranello, whether under the Mosley or Todt FIA regimes, with indeed many contentious instances leading to the claim, although the FIA has always denied suggestions of favouritism.

But Ecclestone, F1's beloved former supremo, says that in fact the sport's powers - including himself - did actually cater to Ferrari's best interests when deemed necessary!

"F1 is Ferrari, and Ferrari is F1," the Briton, who turns 87 on Saturday, told the Italian newspaper La Repubblica.

When asked about that charge, Ecclestone didn't offer a denial.

"Helping Ferrari has always been the smartest thing to do. It was always done through the technical regulations," he said.

"The teams are important to F1, but Ferrari is more than that. So many things have been done over the years that have helped Ferrari to win."

Asked if current F1 race director Charlie Whiting may still be biased, Ecclestone said: "No, Charlie has always done what he has to do.

"But Max (Mosley) has often helped Ferrari, and I too wanted them to win. There can be a season won by others, but even the other teams have an interest in challenging a competitive Ferrari," he insisted.

Asked if Ferrari has had help to suddenly be so competitive in 2017, Ecclestone said that because he is no longer in charge, he cannot be sure.

"But certainly at one point they had help with this engine," Ecclestone charged.

"It's the same for Mercedes as it is for the others -- a world championship win against Ferrari is always worth more.

"If Mercedes decided to transfer technology to Maranello, I say it was a good move," he said. "What is certain is that this friendly situation between the two teams is the best thing for Mercedes.

"It means Red Bull did not have the most powerful engines and Ferrari was competitive enough to be a credible rival to beat," Ecclestone added. 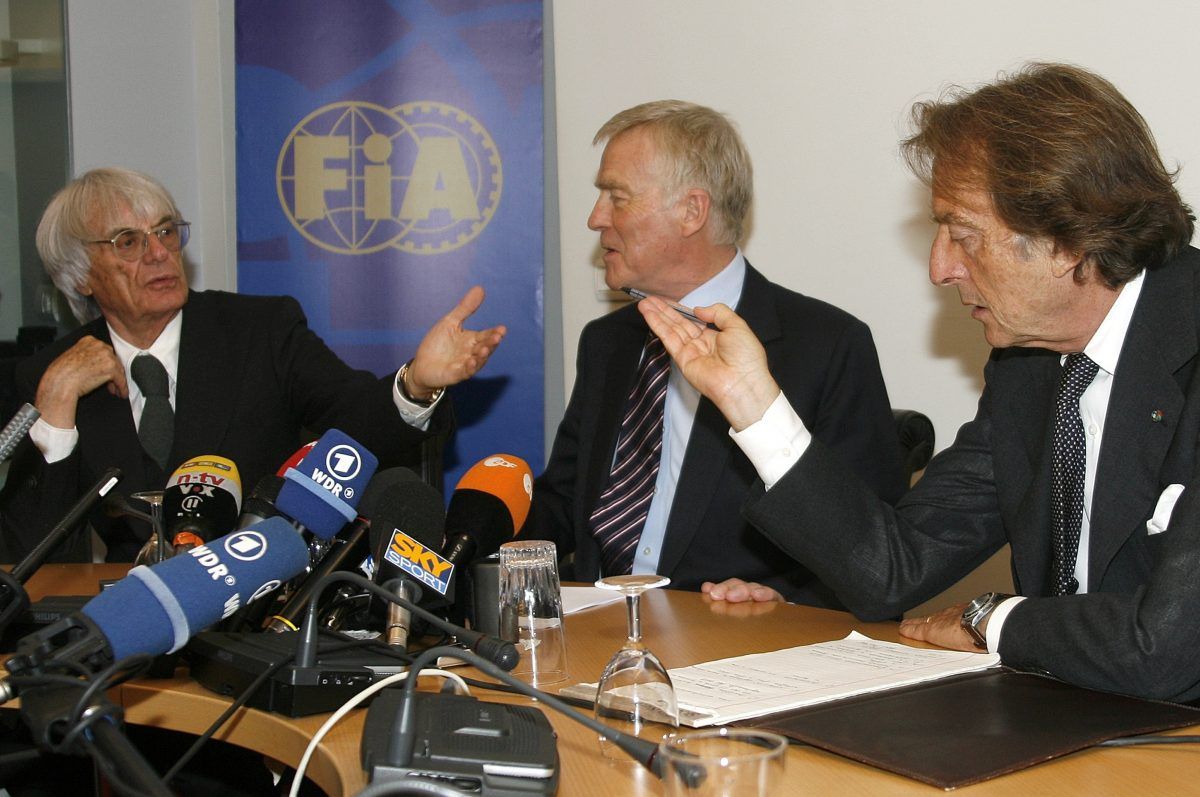 Mercedes has utterly dominated F1 throughout the 'power unit' era, and Ecclestone said that's because the German team got a head-start with its turbo V6 design, thanks to... Ross Brawn.

"At the key time, Ross Brawn was in the engine group deciding the rules and he knew exactly what was going on," said Ecclestone.

Meanwhile, Ecclestone said he did not enjoy the Indy 500-style driver introductions organised a week ago by F1's new owners Liberty Media for Austin.

"Maybe it was great for the Americans, but not for F1," he said.

"I built a five star restaurant and they are turning it into McDonald's," Ecclestone added.

"At one point I saw drivers dressed in pink. If I had anything to do with it, I would have told them to go back and dress appropriately," he said.