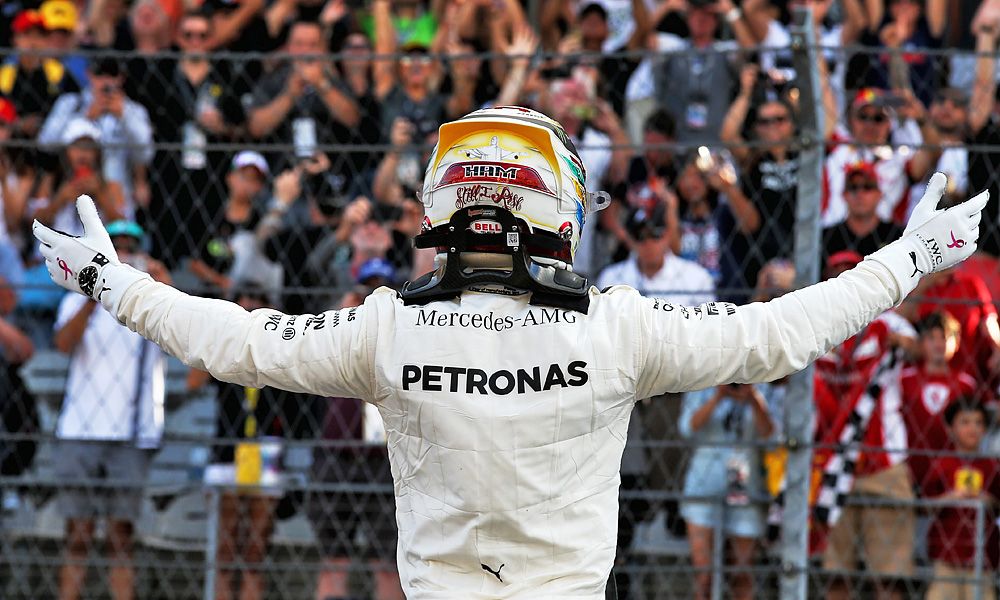 His fractious relationship with former team mate Nico Rosberg aside, Lewis Hamilton genuinely seems to love a scrap. Even when he wasn't getting things all his own way at the start of 2017 he still looked to be relishing the back-and-forth with Sebastian Vettel. The two appeared thick as thieves at press conferences and there was talk of a budding bromance.

That was all over by Baku. After Vettel banged wheels with him behind the safety car, a fuming Hamilton warned him not to show such 'disrespect' in the future. The clash seemed only to build up Hamilton's determination to win the title, and he started to claw back lost ground in the title standings. A purple period of five wins out of six after the summer break effectively broke their rivals' backs, and Hamilton was crowned champion at Mexico for the fourth time in his career. After that, he also extended his record of never winning another race in the season once the title was secured.

While Vettel was his main threat this year, Hamilton soon found his new team mate was no pushover. Hamilton out-qualified Valtteri Bottas on 13 occasions (we'll forgive him his out-of-character trespasses in Brazil) and finished ahead of his team mate in 11 of the 19 races both men finished. He might have been expected a bigger advantage, given the nature of Bottas last-minute arrival over the winter. However the team work both drivers displayed as they respectfully traded places in Hungary showed just how fundamentally different things were at Mercedes in 2017.

Ocon pleased with 'massive improvement' during 2017