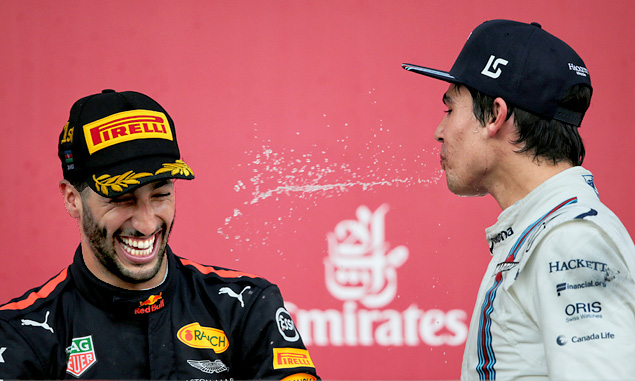 With Hamilton and Vettel out of the running for victory in Baku, Ricciardo stepped in. He did so by pulling off a wild, audacious and thoroughly brilliant triple overtake on Lance Stroll, Felipe Massa and Nico Hulkenberg that's been rightly voted best pass of the season by fans. Statistically, Ricciardo proved to be was the best overtaker of 2017 with 43 passes over the course of the season. In Baku alone, drivers swapped positions 42 times - more than any other Grand Prix this year. And way better than Russia's one.

If Ricciardo's victory was a bit of a surprise, it was nothing compared to the seismic shock of seeing Stroll join him and Valtteri Bottas on the podium. Up to now, Stroll had been savaged by the pundits: former world champion Jacques Villeneuve even dubbed him "one of the worst rookie performances in the history of F1." Having already partially proved himself by scoring two championship points in his home race in Canada, a podium left his critics utterly dumbstruck. He ended up being the only driver on the podium all year from outside the top three teams.

Of course, Stroll had benefitted from the misfortunes of others - in particular, the two Force India drivers. Already seething after Canada in which Sergio Perez ignored half-hearted team orders to let Esteban Ocon through, the pair went nuclear in Baku and collided in turn 2 during a restart. Ocon recovered to finish sixth, but the team had squandered a chance to finish in the top three. Another clash at the Hungaring was followed by more trouble at Spa after which Ocon accused his team mate of "trying to kill him". The team finally imposed team orders to successfully secure fourth place in the constructors standings, but ended the year without a podium for the first time since 2013. 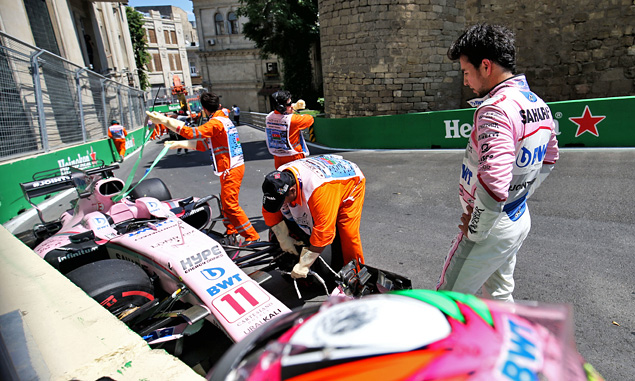