In 1964, Gurney switched to Brabham for the following three seasons, scoring three podium finishes in his first year and rejoicing in the winner's circle once again at the French Grand Prix at Rouen, his second Formula 1 triumph and a historic first win for Jack Brabham's team. T

The Australian's engineering approach to racing was outstanding but he also ran a very austere operation, which in some circumstances proved detrimental to the team's results. Spare parts were scarce, while mechanical troubles were often linked to five-and-dime items. At Spa that year, Gurney blasted off from pole and pulled out a huge lead when his Brabham began to run out of fuel in the closing laps. He pitted for help, only to find out that there was no fuel! He barely was able to hold on to sixth place.

In the season-ending Mexican Grand Prix, Gurney's luck turned up for once as he inherited the lead from Clark and scored his third victory in Formula 1. Reliability problems and a lack of speed plagued the early part of Gurney's 1965 season while the Brabham - now shod on Goodyear tires - was sound and in contention in the second half of the year as Gurney collected five podium finishes and fourth in the World Championship standings. Blindingly fast when his mount was spared reliability issues, Dan's limited number of wins had evidently been a consequence of the cars he had driven than any measure of his talent. 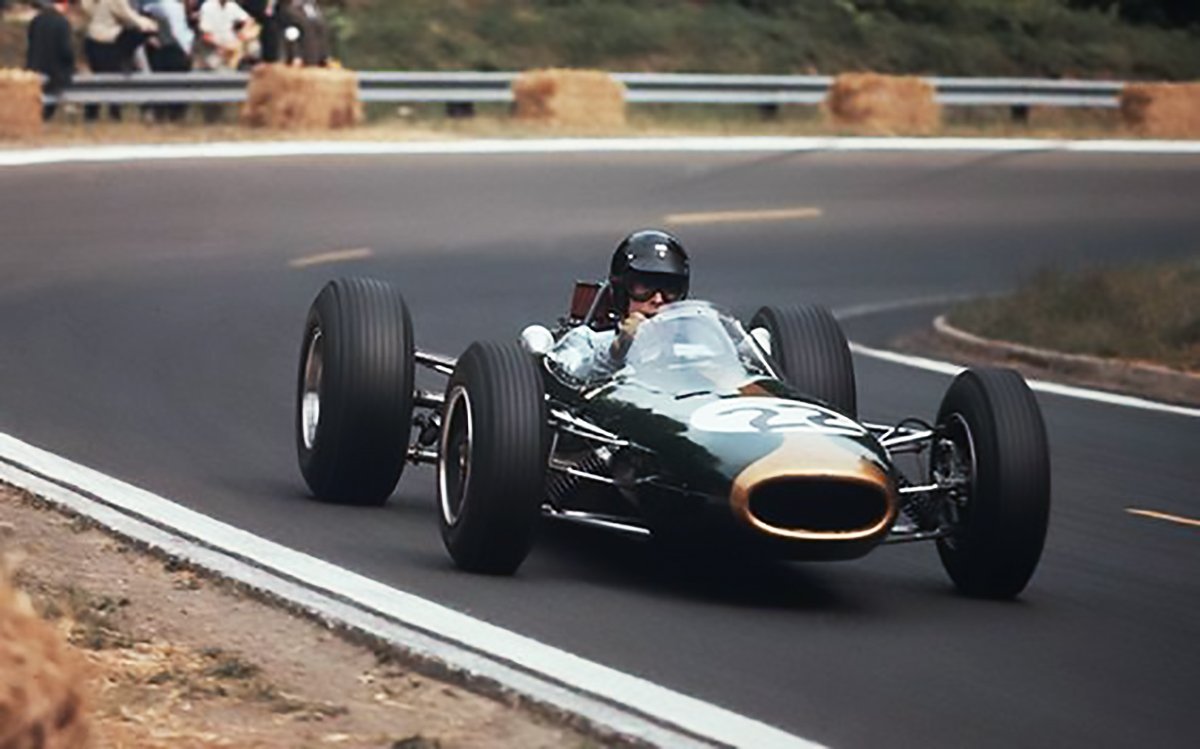 The frustrations associated with developing a new car were something that Gurney was very much aware of after his experiences with BRM, Porsche and Brabham. But the prospect of building and fielding his own machine - an American Grand Prix car - was simply irresistible in his view.