Gurney's triumph put him in a league of his own, making him the only driver to take maiden World Championship race wins for three different constructors. It was a tremendous achievement for himself and the entire AAR team, and one which put Dan's own existence into perspective, as he remembers.

"After the race, I got on to the plane and thought, 'Well I could crash now without any regrets as I've made it into the history books.'" 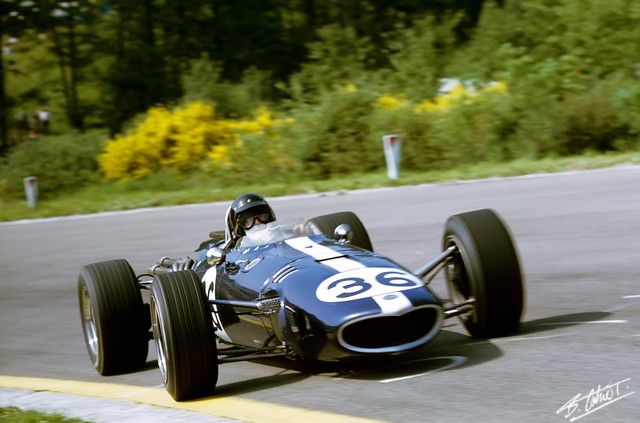 Unfortunately, funding from Goodyear started to dry up and 1968 was an uneventful year for Gurney in Formula 1. The Italian Grand Prix at Monza was his last outing in the Eagle, and lasted only 19 laps. AAR's efforts in Formula 1 had come to an end while its involvement in Indy cars was ramping up. Gurney scored his last championship points at Watkins Glen in 1968 driving a McLaren.

In retrospect, the Californian's will to win under the star spangled banner may have cost him a World Championship, or even two, when one considers the titles won by Brabham in 1966 and 1967, but the man had no regrets.

"We had an opportunity and we took it," he said. "We won two Formula 1 races and whipped the Ferrari factory, and then at Spa, we whipped them all. I look back at the whole Eagle experience as being more miraculous than it was disappointing."