By the time Dan Gurney had retired from racing in 1970, he had competed in 312 events in 20 countries with 51 different makes of cars winning 51 races, and 47 podiums. AAR's activities went into full gear after Dan's retirement, winning 8 Championships and capturing 78 victories and 83 pole positions, including the Indy 500, the 12 hours of Sebring and 24 Hours of Daytona. 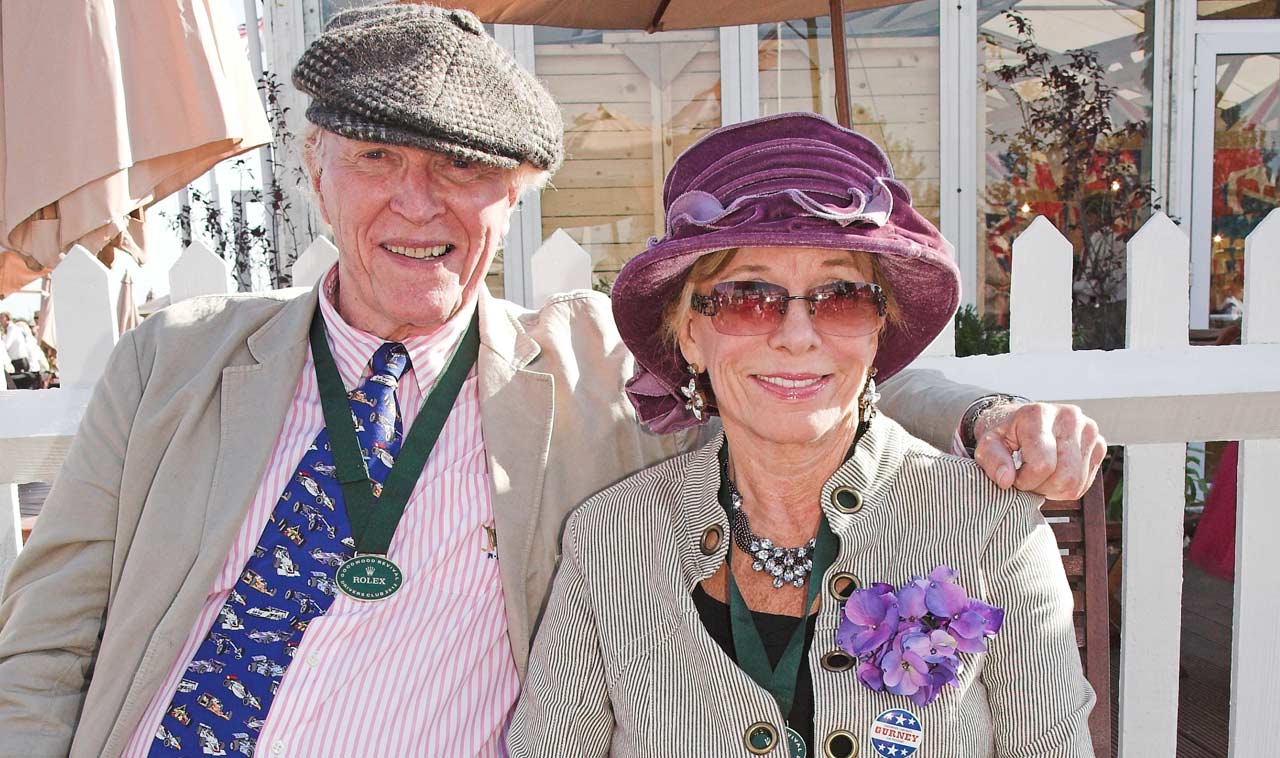 A member of various Motorsports Halls of Fame, Gurney was a pioneer of racing innovations. In 1971 he developed the Gurney Flap (a small strip of material fit onto a car's aerodynamic wing), which has been adopted by the automobile racing industry throughout the world.

Dan was the recipient in 2014 of the Edison-Ford Medal of Innovation for his outstanding career as a driver, engineer, manufacturer and innovator.

He was the first race car driver to introduce the full-face Bell helmet to Indycar racing as well as Grand Prix racing. He was instrumental in launching the rear-engine revolution in Indianapolis in 1963 by bringing Ford and Lotus to the Speedway.

His exuberant gesture of spraying champagne into the crowd from the victory podium at Le Mans over 45 years ago has been emulated worldwide by winners ever since.

An avid reader of political and military history, Gurney loved old movies, opera, cigars and traveling to historical places with his wife Evi, who was a junior executive in the public relations/press department of Porsche in Stuttgart and a well-known motorsports journalist in Germany during the sixties.

Dan is survived by Evi, their two sons, Justina and Alex, and his three sons and daughter from a previous marriage.

At the funeral of the late Jimmy Clark, who was killed at Hockenheim in 1968, the great Scotsman's father took Dan aside at one point and said to him, "Jimmy always told me that you were the only driver he really feared in a race car."

Could there have been a more fitting compliment paid to the incredible talent of Daniel Sexton Gurney?