Dan once remembered the genesis of All American Racers he co-founded with Carroll Shelby in 1965.

"The opportunity came when Goodyear, who was fighting Firestone for supremacy at Indianapolis, asked me if I could set up a team of people to build a car for Indy. I said I could do it but that any effort would also have to include a Formula 1 car. Goodyear agreed and I felt it was just an opportunity that I had to take, even if the chances were slim."

Lotus engineer Len Terry was entrusted with the design of the first Eagle Formula 1 car, while Weslake in England manufactured a 3.0 liter V-12 engine which complied with the new technical regulations that came into force in 1966. The Belgian Grand Prix marked the first appearance of the astonishingly beautiful dark-blue Eagle, with its distinctive bill-like nose, powered at first by an old Climax engine. At the following race at Reims, Gurney drove his car to fifth place, scoring the first World Championship points ever by an American Formula 1 car.

In 1967, equipped with the Weslake plant and featuring a lightened magnesium-titanium chassis, the Eagle started to fly. Gurney won the non-championship Race of Champions at Brands Hatch in March, but at Spa, it all finally came together. 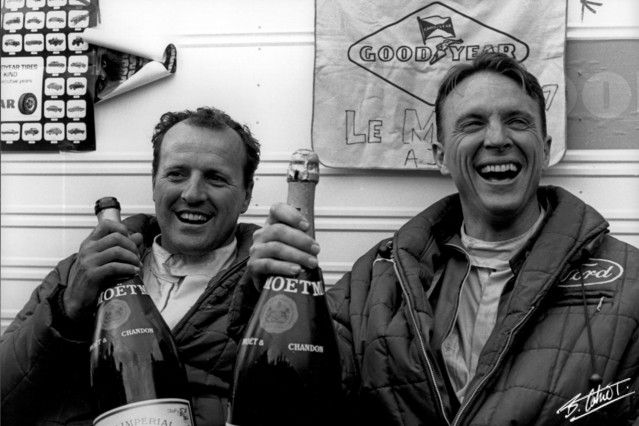 Dan was fresh from his victory at Le Mans with Ford and AJ Foyt the previous weekend.

"One of my better weeks at the office," as he liked to say. Despite a fuel pressure problem and a misfire which forced him into the pits at one stage, he took a resounding victory.

"I even ended up getting the lap record," he recalled, "and at that time it was far and away the quickest Formula 1 record. I must admit though that I wasn't all that confident when I was out up front. Because of the misfire, I was expecting the Weslake to expire at any time. I just gassed it and hoped for the best."