Daniel Ricciardo put himself ahead of the field mid-day in Barcelona, the Red Bull driver laying down the fastest lap so far in pre-season testing and a new lap record which just edged out Mercedes' Lewis Hamilton.

The session, which will run uninterrupted to make up for last week's lost time, was also marked by more drama at McLaren when an oil leak cut short Fernando Alonso's morning.

It was a chilly start to the teams' second day of work at the Circuit de Catalunya but good track temperatures encouraged everyone to venture out as soon as the lights turned green.

Vettel was once again behind the wheel of the SF71-H, replacing for the day an ill Kimi Raikkonen who perhaps caught the bug which kept Daniel Ricciardo out of the cockpit yesterday.

Most cars sported the usual array of flo-viz paint, aero rigs or additional cameras to monitor data while waiting for track temperatures to rise.

Fernando Alonso was quick to get into action as McLaren aimed to make up for yesterday's lost mileage. The Spaniard was even an early pace-setter, putting his hypersoft-shod MCL33 at the top of the timesheet 30 minutes into the session.

A 1m39.830s push from Lewis Hamilton knocked Alonso off the top spot by 0.026s, while a consistent Carlos Sainz nicely slotted his Renault into third fastest.

Force India's Esteban Ocon got everyone's attention by springing out of nowhere to the top of the timesheet. But the Frenchman's lap was discarded following a mischievous breach of track limits at Turn 14.

Hamilton upped the pace once again, establishing a new fastest time in pre-season testing before dipping below the 1m19 barrier on Pirelli's medium compound.

Vettel built on a series of personal bests to line up second behind his arch-rival but a fast moving Ricciardo also breached the 1m19 level putting the Red Bull driver third at that point. 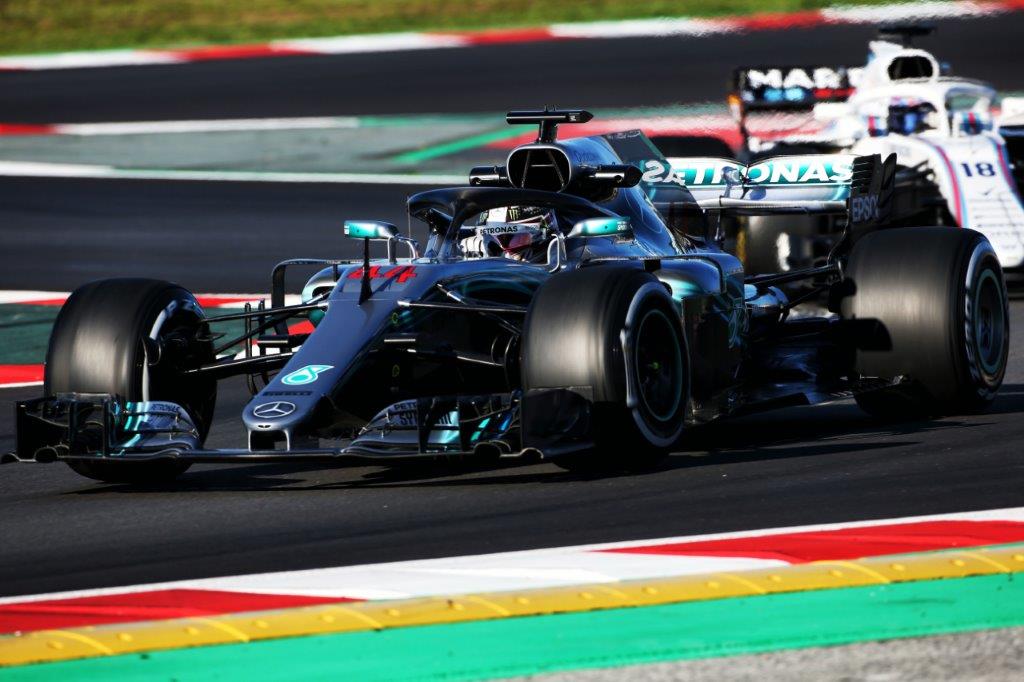 Down at McLaren, Alonso continued his productive morning , racking up more miles than anyone until drama ensued when the Spaniard parked his car down the escape road at Turn 7, with smoke ominously billowing from the MCL33's engine bay.

The session was red-flagged to permit the McLaren's evacuation and return to its garage where the team diagnosed an oil leak, which also spelled a Renault engine change unfortunately.

When running resumed, Ricciardo moved into second, but his 1m19.381s lap was still half a second behind Hamilton.

The Honey Badger persisted however, shaving a few more tenths off his time as he snapped at Hamilton's heels.

A seven-lap run on ultrasofts 30 minutes from the sessions' mid-way point yielded a fantastic 1m18.357s lap which shaded Hamilton by 0.043s!

Marchionne: 'We want a clear protection of F1's DNA'