Force India has put its tentative name change plans on hold for the remainder of the 2018 season.

The Silverstone-based outfit considered a change of its appellation to better reflect its global activities and ambitions as an F1 outfit.

While team owner Vijay Mallya still plans on dropping 'India' from the name, the change will more likely take place for 2019 when both Formula 1 and the FIA sign off on a new denomination.

"It’s a shareholders’ decision, and they’ve got to take their time to get it right," Force India's Bob Fernley told Motorsport.com.

"They’ve got to decide where they want to go and how they want to position it. It’s not something that you should be doing as a five-minute decision.

"Force India had a very clear brand objective when it was launched, and today it’s a recognised brand within F1. So whatever you do for the future has to be really measured and well thought out going forward.

"There’s got to be a good reason for wanting to do it, and that has to come from the shareholders. It’s not a team decision at the end of the day.

"It’s just got to be taken very cautiously, very carefully, and when they’ve got the right chance to really look at it, then they can make their decisions. 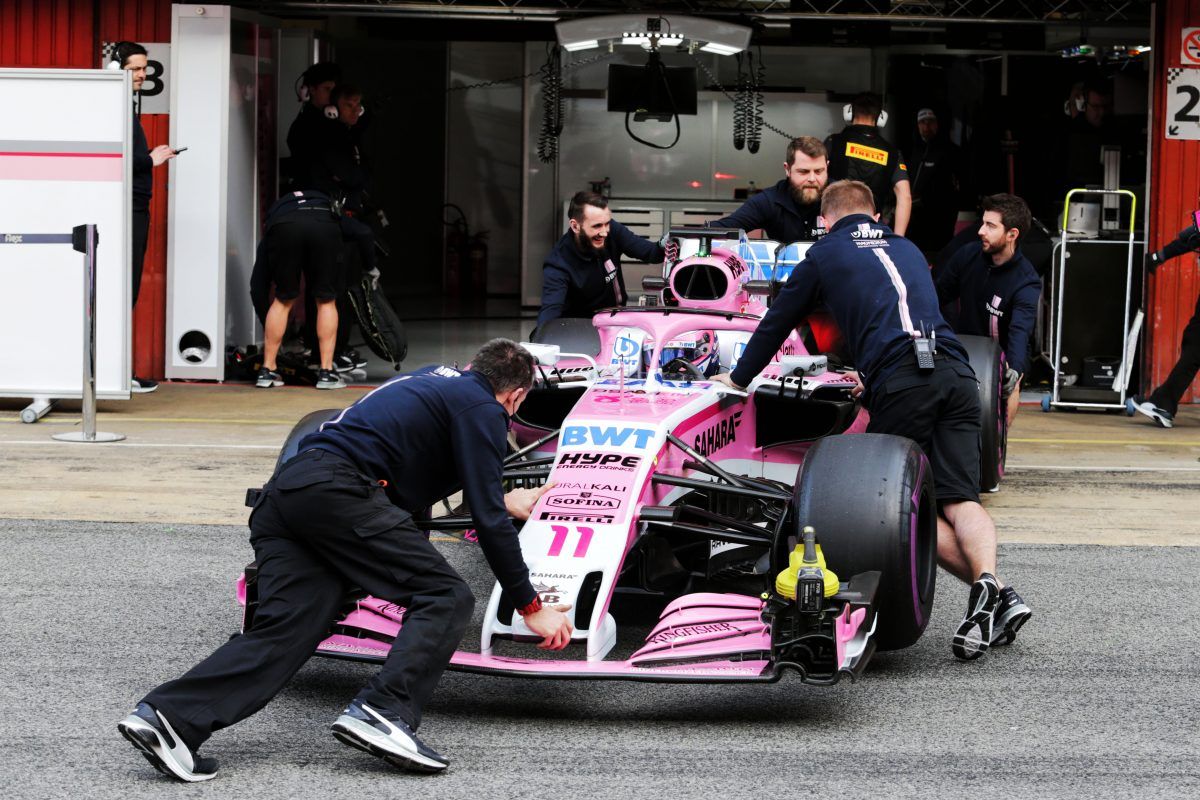 Recently, rumors were rife on the subject of a change of ownership of Force India, with British drink company Rich Energy claiming to be interested in a takeover of the pink outfit.

While Fernley acknowledged there had been a contact between the two parties, he dismissed any deal was ever in the pipeline.

“It’s one of those things where if I look at my file of people who have made enquiries about Force India, it’s probably about a foot high!

"If I look at the people who’ve gone beyond that, it’s zero. I think that puts it into context," added Force India's deputy team principal.

"Have they made an approach to us? Yes they have, but so have many other people, and it’s gone nowhere."