Hamilton punched in a couple of fast laps on ultrasoft tyres midway through the 90-minute session. Red Bull's Max Verstappen also looked quick and got to within 0.127s of Hamilton's pace, squeezing Valtteri Bottas down to third.

The Ferraris of Kimi Raikkonen and Sebastian Vettel looked to be slightly lacking the pace with which they'd concluded pre-season testing. They had to settle for fourth and fifth place respectively, ahead of an impressive showing from Romain Grosjean in the Haas.

The perfect late-summer weather conditions in Melbourne continued to inspire envy from any viewers watching from the northern hemisphere. The air temperature reached 29C during second practice, with track temperature up to 42C.

Haas' Kevin Magnussen was the first driver out on track and setting the initial target time of 1:27.001s. That was quickly bettered by Sebastian Vettel, who posted a lap of 1:26.141 in the Ferrari.

The Mercedes team then moved into action and took the top spots, with Hamilton's initial offering of 1:24.569s on supersofts proving 0.15s better than his team mate Valtteri Bottas. Hamilton was able to shave off a further couple of tenths before completing his run.

Ferrari were the first team to make the change to ultrasofts at the half hour mark, with Kimi Raikkonen going to the top with a time of 1:24.214s. That was quickly bettered by Hamilton's 1:23.931s, with Bottas now a quarter of a second back after a lurid slide through turn 12.

In his first ultrasoft run, Verstappen soon split the two Mercedes to go second despite some concerns about underside damage on the RB14 due to its low-running nature. His team mate Daniel Ricciardo's flying run was thwarted by a brief red flag for a wire that had pulled loose from the tarmac at the start-finish straight.

Williams' Lance Stroll was similarly inconvenienced by the stoppage. The FW41 was also subsequently ordered to park on track after the chequered flag with an apparent cooling issue on the car.

There was still over half an hour left on the clock when the session resumed. However attention was now on race pace simulations, meaning that Hamilton, Verstappen and Bottas continued to place in the top three ahead of the two Ferraris. 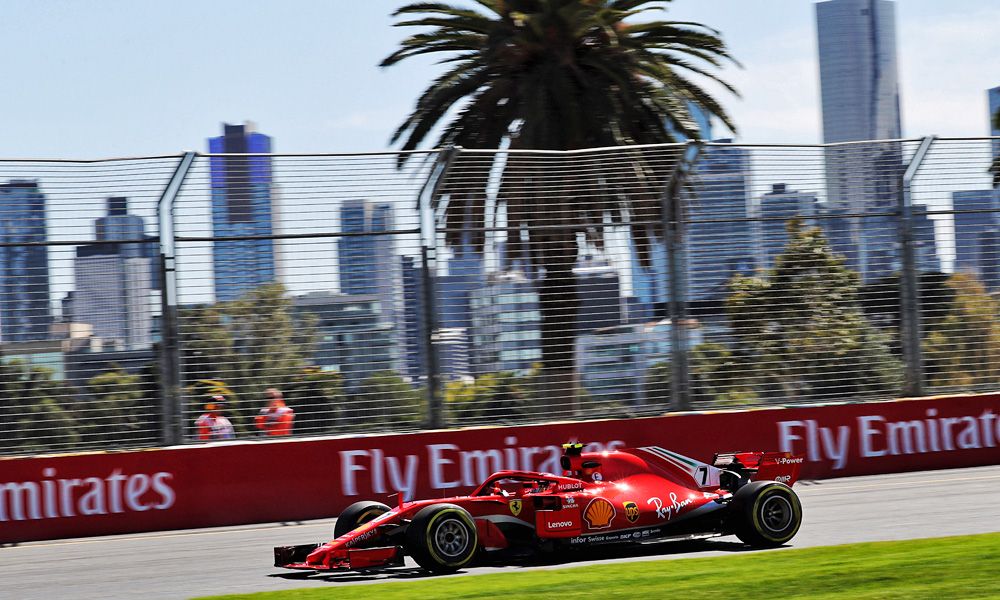 Other than the mid-session track issue, there were no major incidents. Inevitably a number of drivers overran onto the grass during the session, including both Red Bulls and McLaren's Fernando Alonso.

Force India's Esteban Ocon had an early excursion into the gravel at turn 3, which was quickly copied by Bottas. The Finn had been forced to take evasive action after coming up behind Raikkonen's dawdling Ferrari.

No great harm was done, but Kimi has been invited to talk the incident over with the race stewards this evening.