"I can't stop smiling," Daniel Ricciardo said on his way to parc fermé after clinching an upset victory in the 2018 Chinese Grand Prix. "That was unexpected!

"I don't seem to win boring races," he said following his sixth career victory in Formula 1. "Every win I've heard has been in a similar circumstance, so it was crazy. A lot of fun."

Even a podium had looked out of reach for Red Bull today, but a safety car in the middle of the race transformed the situation.

While race leaders Valtteri Bottas, Sebastian Vettel and Lewis Hamilton stayed out, Red Bull made the snap decision to bring on both cars at the same time.

"It was hectic. I heard 'safety car' in turn 14 and they said, 'We're going to double stop. Come, come!'" he recalled. "It happened very quickly, but very decisive moves - winning moves.

"The team double stopped the cars and that was obviously giving us a little bit of grip on the restart.

"We didn't think [the advantage] would last that long, but the tyres were holding up well and we had wicked pace on the softs.

"Once I was aware we had the pace I wasn't going to let that slip," he added.

Ricciardo went on to pull off stunning passes on Hamilton, Vettel and finally Bottas to take the lead of the race, which he kept to the chequered flag.

"Sometimes you've got to lick the stamp and send it," he said when asked about his dive down the inside of Hamilton into the turn 14 hairpin. "So there we go. I enjoyed it very much.

"Obviously we had the soft tyre so I knew I could get a little bit more out of the braking than them. A lot of time you get one chance to try, so I made the most of every opportunity."

Vettel put up little opposition, but the pass on Bottas was a closer affair.

"It was close. I think it was hard but fair, but I saw him defend so I wanted to go shallower," he said. "Then he came a bit more so I thought about pulling out - no, I'm just kidding!

"No, I knew there would always be enough room," he added quickly. "And the tyres had pretty good grip. Worst case I went wide and I would have another crack somewhere else."

The win was even more amazing considering the situation Ricciardo had found himself in the previous day. His RB14 wasn't ready for the start of qualifying after a turbo failure in FP3. He got out with three minutes to spare to keep his hopes alive.

"24 hours ago, I thought we were maybe starting from the back of the grid," he agreed. "The team were rewarded for getting out in qualie but this is the best reward possible so I'm superhappy for the mechanics as well.

"I thanked them after qualifying, but this is the reward for that work. The mechanics worked their butts off." 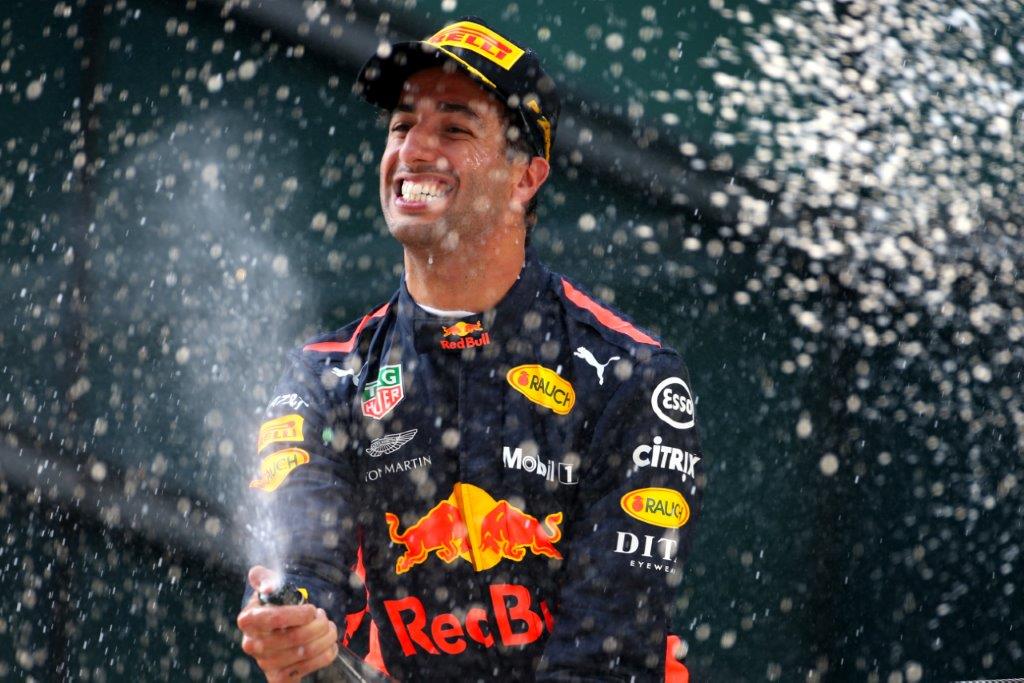 Ricciardo was thrilled to find success so early in the season, in what is looking set to be one of the hardest fought championships of recent years.

"Once we get to Europe it will probably start to balance itself out," he predicted. "All three teams have had their moments so far this season. So it's interesting, it's fun."

And the victory does Ricciardo no harm when it comes to his imminent contract renegotiation talks at Red Bull.

Lack of pace put Hamilton in 'no man's land' in China