Like his colleagues, Toro Rosso's Pierre Gasly heads to familiar territory this week, with Barcelona's Circuit de Catalunya a track his knows like the back of his hand.

The young Frenchman likely won't get a performance boost just because he can drive the circuit with his eyes closed, but the venue will put him in a positive frame of mind from the outset thanks to all the good memories it embodies.

"I reckon I’ve done thousands of laps of Barcelona, because it’s the circuit which we have always used the most for testing, in 2.0 litre, 3.5, GP2 before even coming to Formula 1 and over the year, work in the simulator has always focused on Barcelona," says Gasly.

"So I’ve probably driven the equivalent of several times around the world at this track.

"Apart from knowing it well, it brings back happy memories, as it’s where I clinched the championship title in Renault 2.0 litre and it’s where I first tested a Formula 1 car with Toro Rosso in 2015, so I get a positive feeling in Barcelona.

"This year, our winter testing went well there, so I’m impatient to get going and I hope we will be on the pace very quickly and be able to score some points."

Gasly underlines the importance of delivering a good performance on Saturday afternoon to set up things positively for race day on a track where overtaking is a challenging task.

"Qualifying is the key, as we know it’s complicated trying to overtake in the race, other than by playing with the strategy.

"F1 qualifying is always a difficult discipline with the way it’s run in different segments, as you generally only get two shots at it.

"And if you encounter any problems, like traffic, then you’re down to just one chance to deliver and that’s an exciting moment because you know you have to nail it. I like that aspect of it." 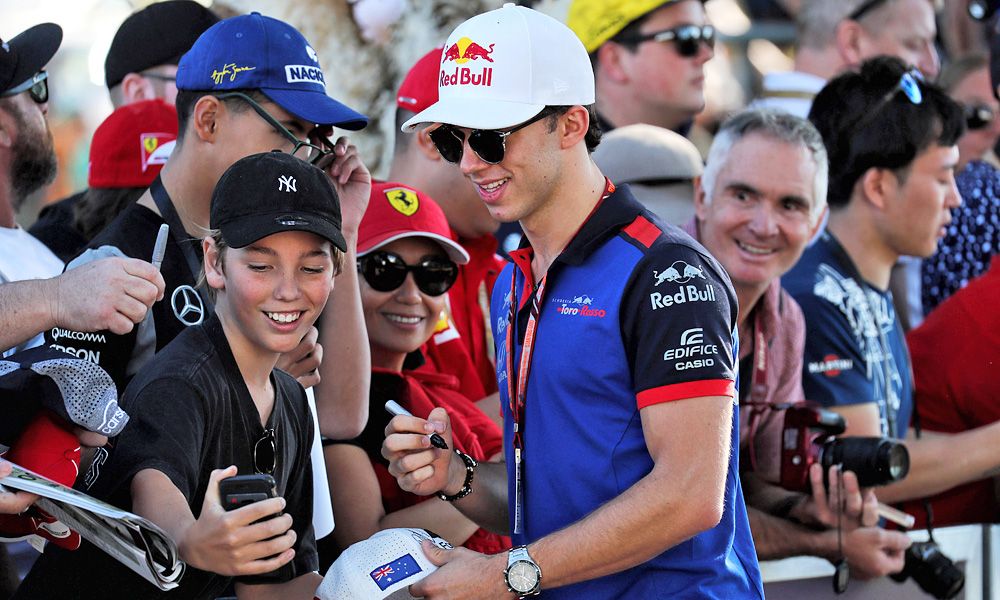 Thanks to Barcelona's proximity to France, the 22-year-old, who scored his first championship points in Bahrain earlier this year, will enjoy the support of his fan club next weekend.

"I’ll have some friends and family coming, which will be nice," says Gasly.

"I don’t find that a distraction because nothing makes me lose concentration and it’s always enjoyable to relax one evening over a dinner with friends.

"It’s one of the nice things about being back in Europe and getting that extra support."