Sebastian Vettel pulled off a lights-to-flag victory in the 2018 Canadian Grand Prix. The Ferrari finished the race more than seven seconds ahead of Mercedes' Valtteri Bottas, with Red Bull's Max Verstappen joining them on the podium.

Daniel Ricciardo gained two places to finish in fourth, having jumped Kimi Raikkonen at the start and then leapfrogged Lewis Hamilton in the pits with a successful overcut. Hamilton's fifth place finish means that his lead in the drivers championship has been wiped out and Vettel is now in front by a single point.

The biggest drama of the day came on lap 1, when a huge crash involving Toro Rosso's Brendon Hartley and local hero Lance Stroll in the Williams triggered a safety car.

Things were heating up nicely in Montreal, with some pleasant but not too-hot sunshine beaming down on the Circuit Gilles Villeneuve as the drivers lined up on the grid for the start of the race.

When the lights went out, pole sitter Sebastian Vettel successfully got away into the lead. It was a tougher challenge for Valtteri Bottas who went into the first corner banging wheels with Max Verstappen, but the Mercedes was ultimately successful in holding on to the position. The Red Bull had to slot back into third ahead of Lewis Hamilton, followed by Daniel Ricciardo who had been able to jump Kimi Raikkonen for fifth.

Further back, Williams' Lance Stroll had pulled off an impressive start to his home race. He found himself going into turn 5 side-by-side with the Toro Rosso of Brendon Hartley. Unfortunately the two ran out of room and touched, Stroll pancaking Hartley into the outside wall. The impact briefly launched the Kiwi into the air before both cars slewed into the turn 6 run-off area. Stroll was checked and cleared in the medical centre, but Hartley was referred on to the local hospital for further precautionary scans.

A safety car was needed to attend to the situation, and the race resumed on lap 4 with a perfectly executed restart by Vettel. Further back there was contact between Carlos Sainz and Sergio Perez which sent the Force India spinning across the grass in turn 1, but the rest of the field was able to avoid him as be came back on track. 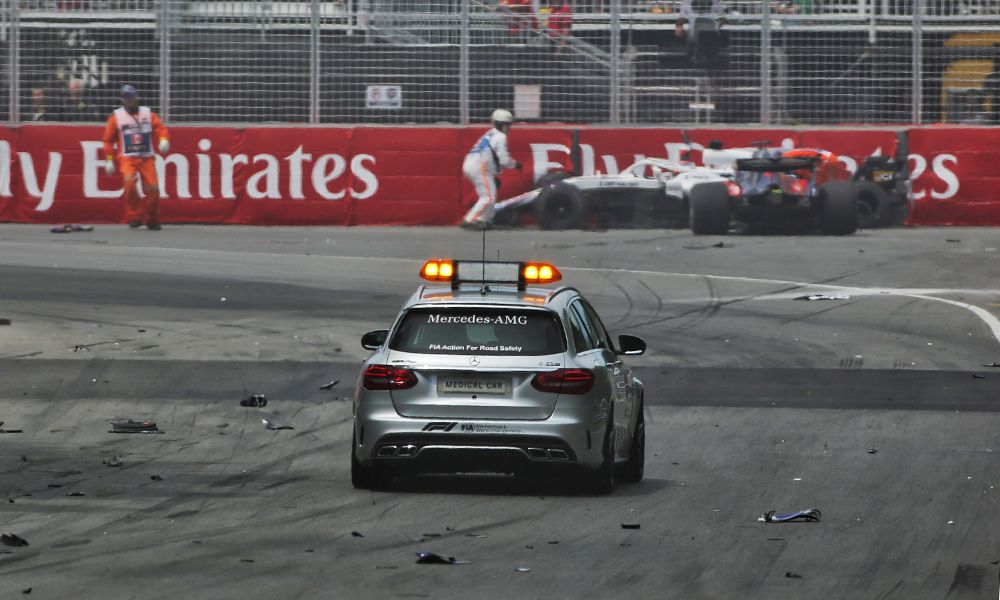 The team opted to switch strategies to salvage the situation, calling Perez in to the pits for supersofts on lap 10. His team mate Esteban Ocon was likewise called in a few minutes later, forcing Renault to respond by pitting Nico Hulkenberg and Carlos Sainz on successive laps. Meanwhile the Ferrari and Mercedes drivers were doing their best to stay out, despite complaining of rapidly degrading ultrasoft tyres. Notably, Red Bull were having little more joy despite their hypersoft gambit.

Verstappen and Hamilton finally blinked on lap 17, Mercedes also taking the opportunity to tackle an overheating issue on the W09. Ricciardo went for the overcut and pushed hard before pitting a lap later, and he duly succeeded in leapfrogging Hamilton when he came back out on track behind his team mate. There was no reaction from Ferrari, and Bottas seemed able to match Vettel's pace meaning he could also stay out

Raikkonen finally pitted on lap 33. He was just short of the gap needed to emerge ahead of Hamilton, even though the Mercedes was being held up by lapped traffic. The backmarkers were also becoming an increasing problem for the leaders, so Bottas made his pit stop on lap 37 and Vettel a lap later, both men returning with their lead over Verstappen and Ricciardo intact and no more stops planned.

Hulkenberg and Sainz's reactive pit strategy secured them best of the rest status albeit a lap down in seventh and eighth ahead of Ocon. Charles Leclerc picked up another point for Sauber by rounding out the top ten ahead of Pierre Gasly in the remaining Toro Rosso.

Romain Grosjean had been the final man to make his pit stop, completing 49 laps on his original set of ultrasofts before finally coming in from ninth place. He finished the race in 11th place just ahead of his team mate Kevin Magnussen. It was a solid result considering his smoky demise demise at the start of Saturday's qualifying session, meaning he had started the race from the back.

After his restart mishap, Perez laboured to 14th place ahead of Marcus Ericsson in the second Sauber. Stoffel Vandoorne was classified in 16th place after he was forced to pit on the opening lap after being hit by debris from the Hartley/Stroll accident. Williams' Sergey Sirotkin was the final finisher having shown little sign of pace during the afternoon.

The race actually finished two laps earlier than scheduled after celebrity guest Winnie Harlow was directed to wave the chequered flag prematurely. Under FIA rules it means that the standings were taken as they were at the end of lap 68 instead of lap 70. The last time this happened was in the 2014 Chinese Grand Prix.

Missing from the classified results was Fernando Alonso. The two-time champion had worked his way up to 11th place by lap 42, but his 300th Grand Prix weekend ended prematurely with exhaust failure. As Alonso trudged off to get changed, his thoughts had doubtless already turned to his forthcoming week in Le Mans. 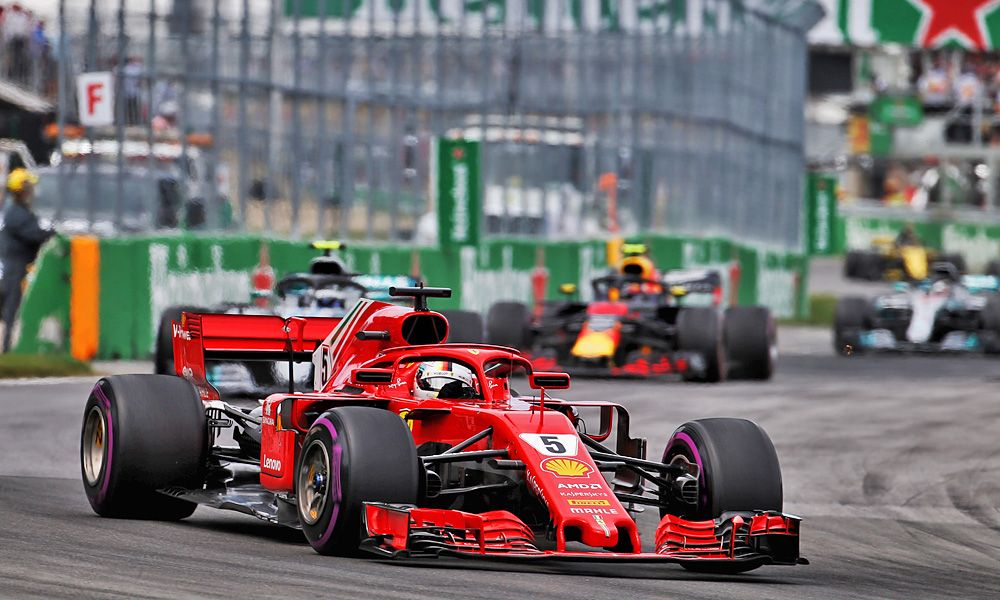