Gasly's sixth-place finish in last Sunday's Hungarian Grand Prix was the 22-year-old's third run in the points in 2018 after his sensational fourth-place achieved in Bahrain and a seventh position clinched In Monaco earlier this year.

Tost admitted to being impressed by Gasly's efforts in the wet in qualifying at the Hungaroring that yielded P6 on Sunday's grid.

However, his faultless drive in the race - on a track that requires absolute focus from lights to flag - was a clear indication for Tost of Gasly's refined skill but also his level of control.

"That we could finish in sixth position in qualifying, I was not sure about this," Tost told Motorsport.com.

"Pierre had a good start, and defended his sixth position, and brought it home without any troubles.

"He controlled the race - when he had to go a little bit faster he did it immediately - and he had no problem with the tyres or fuel saving.

"He showed a fantastic performance, and he's become a really mature driver," added the Austrian.

"He's improving his performance, his understanding. F1 is complicated, but he's using all the tools to his advantage, and I'm really impressed."

The team won't enjoy that comfort however at the upcoming high-speed Spa and Monza venues, where sheer power is typically the main ingredient of performance. 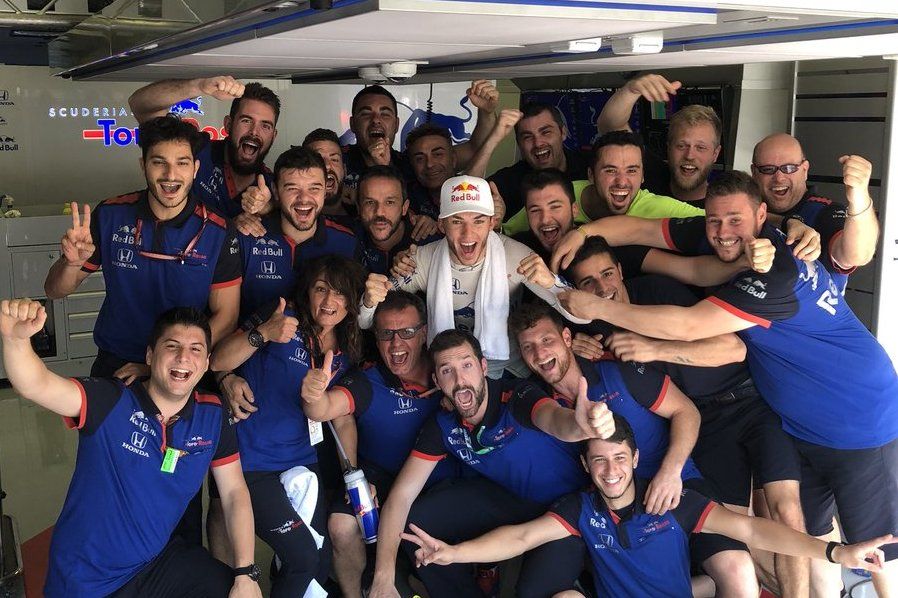 "The next two races are completely different - Spa and Monza are high speed races - and we will see how we look there," said Tost.

"From our side we have improved the performance, but the main problem for us is that our direct opponents like Haas and Sauber have improved even more.

"They are really strong, very competitive, and [in] the next two races it will be difficult to get them under control. But for Singapore I'm quite optimistic."

"We knew from the very beginning that this season will not be an easy one," he added.

"It's a preparation for next year, and up to now I must say we are going in absolutely the correct way.

"Stuff is coming, but the others will also bring new parts. It depends which team is developing in a more efficient way."