Daniel Ricciardo has admitted that deciding to move to a new team for 2019 was one of the toughest decisions of his life - not just of his career.

The Australian has been with Red Bull for five seasons. Having made his Formula 1 début with HRT in 2011 and spending two years with Toro Rosso, he stepped up to the senior team at the 2014 Australian Grand Prix.

But on Friday the news broke that he would be leaving Milton Keynes at the end of the season and heading to Enstone, where the Renault works team is based.

"By far the toughest decision I've made in my racing career," he continued. "But 29 years living on this Earth, it was actually one of the toughest life decisions I've made.

"Sad to move on, absolutely," he added, looking reflective as he talked about his decision to leave Red Bull.

"It's been a ten year journey with Red Bull. I was on the junior programme in 2008 and some amazing memories from there. Things I will always be grateful for and I will never forget that ride.

"Excited for the challenge at Renault," he said. "Personally I felt it was a time where it was good to move on and have a fresh start somewhere else.

"I think it will be healthy for me, so [I'm] excited for what lies ahead for me at Renault.

"Just want to thank Red Bull Racing, Red Bull the company, for everything they've done for me, I really appreciate it.

"We've got nine races left to kick some ass, so let's get it!"

A change is gonna come. Excited for the next chapter with @RenaultSportF1. Thank you for the kind messages and well wishes I've received. pic.twitter.com/2qpKYYGGvH

It seems that the announcement on Friday caught everyone by surprise - and a leak may have forced the parties involved to advance their plans.

The Daily Mail was first to break the news online, followed by a handful of other sites. It was a full 35 minutes before Red Bull distributed an official press release acknowledging that Ricciardo was leaving the team.

And it was another 50 minutes before Renault's press team provided their official take on the news, confirming that Ricciardo had signed up with them for 2019 alongside Nico Hulkenberg.

Whether it was a case of a genuine leak from parties unknown, or the possibility of Red Bull having some fun spoiling Renault's surprise before the summer shutdown by jumping the gun with their announcement is unknown. 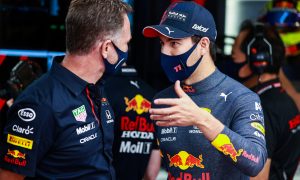 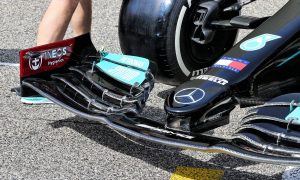