Romain Grosjean ensured that Haas remained in action in the final round of qualifying for the Singapore Grand Prix, despite his team mate Kevin Magnussen making an early exit from proceedings.

The Frenchman made it all the way through to Q3 and will start from eighth place on the grid in Sunday's race, as he looks to make up for the points he lost after being excluded from the Italian Grand prix for a technical infringement.

"I think I had a great performance," he beamed, adding that he felt he could have been even higher on the grid if not for a mistake his final run of the day.

"On my last lap I had a massive oversteer into turn 21," he said. "I guess I lost about three tenths of a second, so it could’ve been really tight with [Force India's Sergio] Perez."

His session contrasted starkly with that of his team mate. While Grosjean had been fourth fastest in Q1, Magnussen finished the first round in the bottom five and was duly eliminated from qualifying, meaning he starts tomorrow's race from 16th on the grid.

"It’s a shame Kevin couldn’t make it through," said Grosjean. "I think he missed a tenth or so. On a track like this it’s always difficult to find the limit in Q1.

Magnussen himself had no excuses for missing out on getting through to at least the second stage of qualifying..

"It’s not only been in qualifying, I’ve been missing the pace to my teammate," he admitted. "It’s really strange.

"I don’t really have any answers as to why I’m suddenly a second off the pace. It feels like I just don’t have the grip to go that fast.

"When you have a car that is somewhat well balanced, then it can only be overall lack of grip. I don’t really know why. It’s frustrating. I hope to find some answers as we look into it." 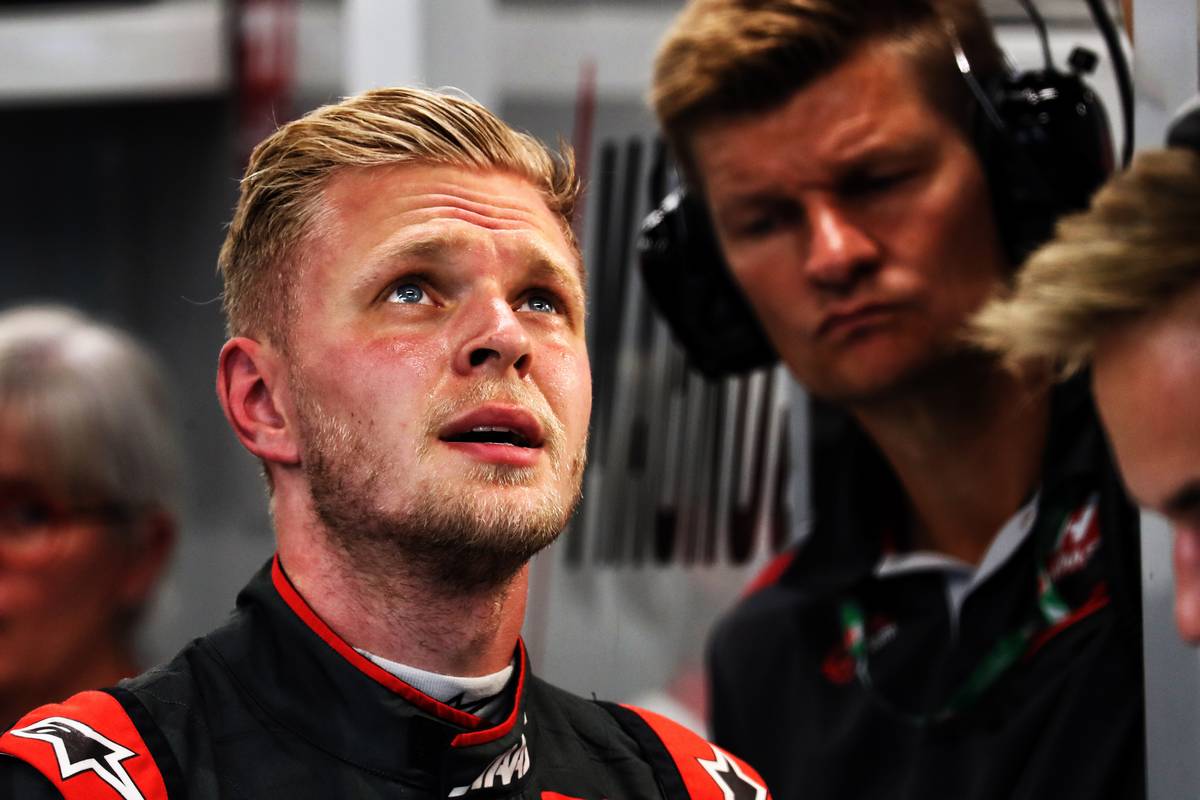 "Romain had a fantastic qualifying, though, finishing in eighth. So tomorrow, I think we’re in a little bit of a difficult spot. A lot of things can happen here at the start, and I’m hoping we’re not involved in those things!"

Unfortunately for Magnussen, the Marina Bay Street Circuit is not an easy track to overtake on meaning he will up against it on Sunday, and do well even to get into the points.

But starting much further up the grid, Grosjean can expect a productive day at the office tomorrow and hopefully help Haas make in-roads into the ten point gap to Renault in the constructors championship.

"The race is going to be super long," said Grosjean. "The hypersofts are doing about three laps and then you better be on softs.

"It’ll be interesting," he added. " It’s going to be hot, there’s probably going to be a safety car. Hopefully we get a good race pace and keep the fight going."