Sebastian Vettel says that Ferrari should have been able to take pole position for this weekend's Singapore Grand Prix, despite losing out to title rival Lewis Hamilton by over half a second.

"It's not ideal, obviously. We wanted to get pole and we didn't," he said after qualifying at the Marina Bay Street Circuit. "Not what we wanted, and not what I wanted today.

"We should have done better," he continued. "We had the ingredients but we didn't put it together. Third is not a disaster so I'm not completely upset, but for sure we wanted to get pole. It was definitely there to grasp.

"The way qualifying happened obviously it wasn't any more. That's disappointing for now, but for tomorrow I think we turn the page and go racing."

Vettel said that it had been a 'messy' session for Ferrari, whose strategy of starting Q2 on ultrasoft tyres had to be swiftly abandoned when it was clear they wouldn't be fast enough to get Vettel and his team mate Kimi Raikkonen through to the final round.

"It was clear what we tried to do and it didn't work," Vettel conceded. "I don't think there's much point in going into detail."

He also blamed problems with traffic in Q3 for failing to get closer to Hamilton's pole time of 1:36.015s, a new track record in Singapore.

"It's not ideal if you have a mini-race on the out lap," he complained. "There was a lot of cars always around. But you can't blame it on that. In the end we had two laps and they were both not good enough.

"For us it was a bit of a messy qualifying session. In the end there was too much time missing, so no better than third.

"The way we composed qualifying, I think it was difficult to get a rhythm. It didn't go the way we planned. I was struggling in Q1, Q2 and Q3. 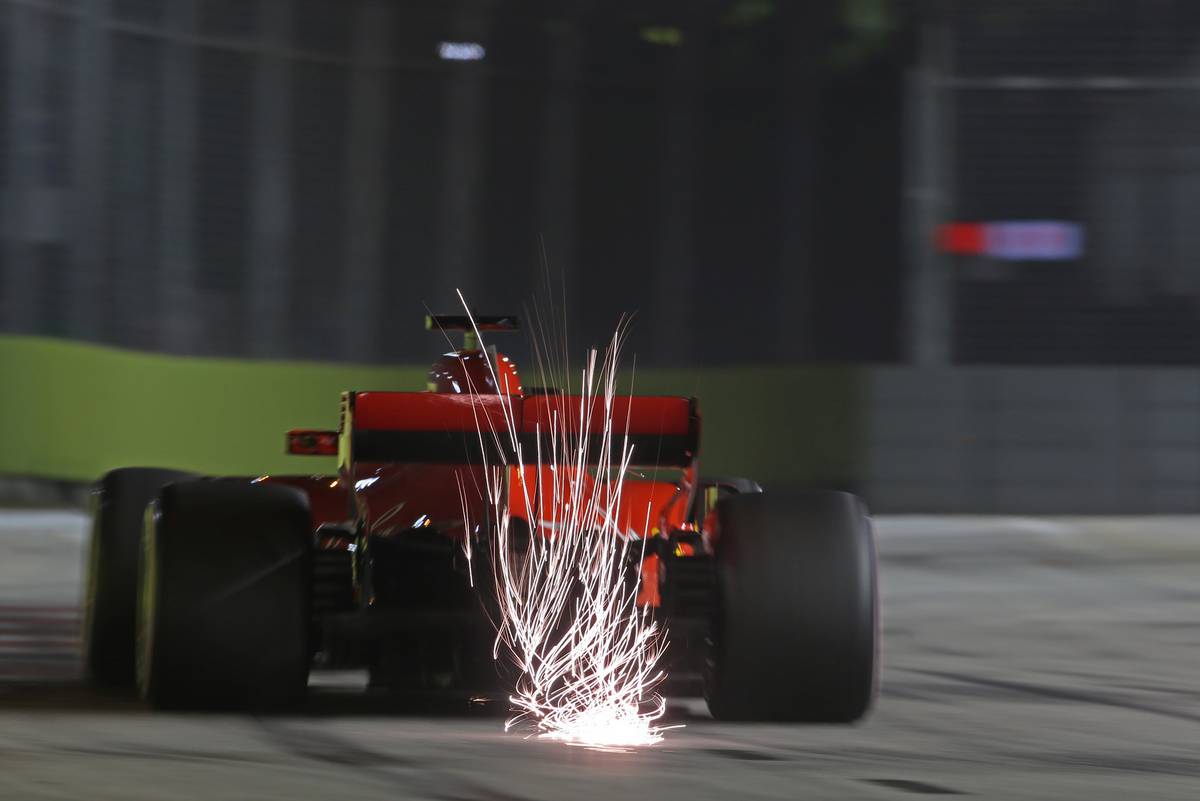 "But in the end I had the laps and obviously they were not strong enough and good enough to be near.

"I think other people did a better job. That's including Lewis's lap as an individual, but also them [Mercedes] as a team," he said. "Lewis had a really good lap, so congrats to him for the lap.

"I'm sure it was a good one - but I don't think it was unbeatable."

The silver lining in the cloud is that Vettel remains convinced that he is much nearer to Hamilton in terms of pace than it might look based on the outcome of qualifying.

"I think it's very close," he insisted. "You see across all sessions that everybody's been up top.

"I am not worried about the gap. I don't think it shows how strong we are. It's just disappointing that we didn't get the maximum out of our package.

"You can't expect miracles tomorrow because no body has the pace to lap the others, but overall I think it's good to have pace and then we see what we can do and how much we can fight."

Ricciardo dazed and confused by progressive drop-off in pace

Grosjean on song in Singapore as Magnussen struggles