As a maximum down force track, Marina Bay's average speed is only 13km/h higher than at Monaco, so the engineering emphasis is on slow-speed grip, good turn-in and traction.

A look at the speed trap readings from qualifying shows us that Ferrari - despite its SF71-H speeding down through the night down Raffles Boulevard faster than any other car - still came up short overall against Mercedes.

At the other end of the spectrum, one will note the rather depressed top speed of Max Verstappen despite the Red Bull driver's fantastic runner-up spot in qualifying.

The Dutchman has been complaining all weekend of a chronic issue impacting his new Spec-C Renault power unit. The readings here clearly confirm the legitimacy of his frustrations, and his incredible ability to surmount the problem. 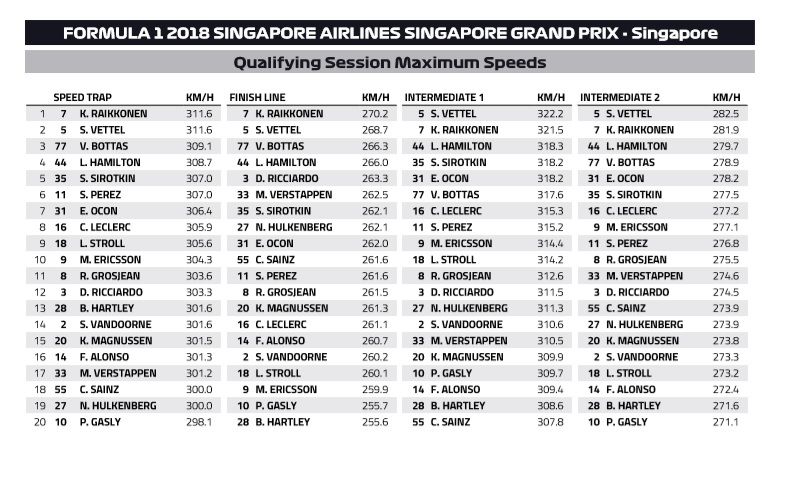 Ricciardo sees 'shoey' podium with Renault in 2020, not before

Wolff makes the case for fewer and shorter F1 races